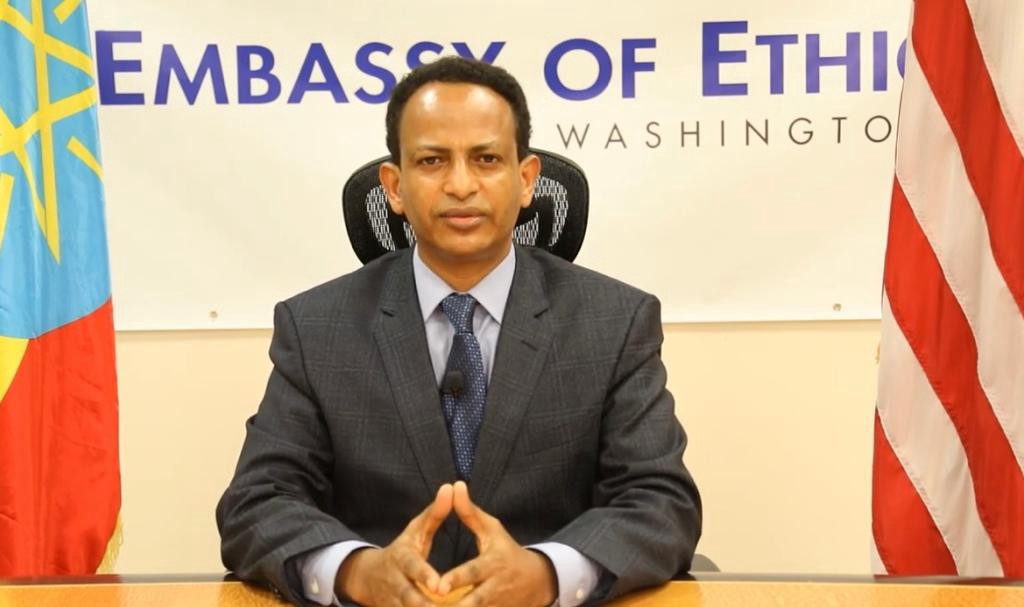 Fitsum Arega is the Ethiopian Ambassador to the United States.

There is a great story unfolding in Africa. It is a story that literally throws light on what has been called, “The Dark Continent.”

In 2011, Ethiopia announced to build a hydroelectric dam on its Abbay River, known to outsiders as the Blue Nile or Nile River.

The dam was named the Grand Ethiopian Renaissance Dam (GERD) because it was designed to bring about the economic and renewal of Ethiopia, a nation mentioned in Genesis 2:13 as the Land in which the River Ghion (or Nile) flows.

The GERD will be the largest hydropower dam in Africa and when completed it is expected to generate more than 5,000 MW installed power generation capacity and will have more than two times the capacity of Hoover Dam.

The total capacity of the reservoir is 74 billion cubic meters to be filled over several years. It will cost nearly $5 billion to complete the dam.

The GERD has now reached 81 percent completion that includes 98.5 percent of civil, 55 percent of electromechanical, and 55.3 percent of the hydroelectric structure works. 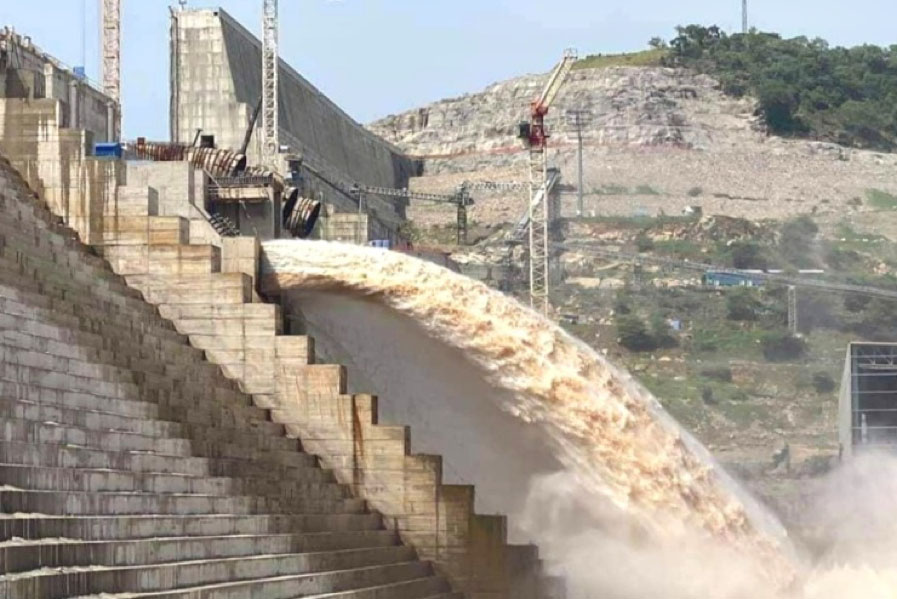 As seen on the photo, the two water tunnels have been completed and started operating in April this year.

Ethiopia generates 85 percent of the Nile River flow, but colonial-era and postcolonial agreements on the Nile, to which Ethiopia was not a party, have given Egypt the disproportionate amount of water while giving Sudan a lesser amount. These agreements gave zero water allocation to Ethiopia. Egypt today wants to keep the old colonial arrangement in place in one form or another.

According to a 2018 World Bank report, “About 70 percent of the population in Ethiopia live without electricity.”

The purpose of the GERD is to provide access to electricity to more than 60 million Ethiopians and provide affordable electricity to the service, industrial and agricultural sectors.

Therefore, for Ethiopia, building the GERD is not a matter of choice, but an economic and developmental necessity and the way out of poverty for a nation of 112 million people.

The GERD will also provide many benefits to the entire Horn of Africa region and beyond. It will provide affordable and renewable energy to Sudan, Egypt and other countries in the region.

It will also significantly help in regulating the supply of water to Egypt and Sudan during dry and wet seasons and provide regional water storage capacity with less evaporation and prevent flooding to Sudan and Egypt, all these at no cost to both countries.

In 2015, the three countries signed the Declaration of Principles, per which the downstream countries [Egypt and Sudan] should not be negatively affected by the construction of the dam.

Hardly a day goes by without complaints from Egypt and Sudan about the harm that could result from construction of the GERD. They claim they will get less water because of the dam.

That is far from the truth because the GERD releases the water downstream once the water is used to spin the turbines that produce electricity. GERD is not an irrigation or water consuming project.

Ethiopia has been open and transparent in its construction of the GERD. Ethiopia has invited both Egypt and Sudan in good faith to participate in the International Panel of Experts (IPOE) to discuss the design, work together on technical issues and resolve any issues of concern in the spirit of African brotherhood.

Unfortunately, Egypt has tried to pressure Ethiopia by coordinating action with the Arab League, which has issued various statement of solidarity with Egypt and against Ethiopia.

Egypt has also taken the issue before the U.N. Security Council to pressure Ethiopia. Just last week, the Security Council considered the matter and determined that the African Union is the best forum to deal with the issues.

Ethiopia’s position on GERD negotiations is guided by a simple principle. “African solutions to African problems.”

While the Arab League and the U.S. could play a role in encouraging the three countries to resolve their differences diplomatically, the fact remains that the three African countries must use their own resources at the African Union to deal with their problems.

Ethiopia’s principle of African solutions to African problems is based on the belief that Africans are fully capable of taking care of their own problems without interference. Indeed, after nearly seven decades of independence, Africa has the leadership and resources to deal with its own problems.

Ethiopia is acutely aware of the fact that Africa’s post-colonial experience and more recent trends in foreign interference in African affairs has not been positive.

Ethiopia, Egypt and Sudan signed their joint Declaration of Principles (DOP) in 2015. The DOP is based on 10 basic principles which require the three countries to work cooperatively and in good faith to negotiate and resolve differences on the GERD.

They agreed to work cooperatively among themselves, without external interference, to ensure regional integration, prevent significant harm from construction of the dam, share data on the dam’s performance, increase dam safety and commit to peaceful resolution of disputes.

Egypt has given lip service to African Union involvement in resolution of GERD disputes.

Egypt’s reliance on the Arab League and efforts to use the U.S. to pressure Ethiopia, reflect either lack of confidence in the AU or a determination that external pressure can even override AU efforts and give Egypt greater negotiating advantage. This may account for Egypt’s lack of serious commitment and unwillingness to negotiate within the AU framework.

To date, no significant harm has been caused to Egypt or Sudan as a result of the ongoing construction of the GERD.

The first filling of the dam in July 2020 went uneventfully. The current filling which is ongoing since early July 2021 has presented no issues as well. Egypt has issued a public statement to that effect.

A negotiated, mutually beneficial and equitable solution is the only way to achieve long-term interests in the region.

Ethiopia is committed to continue to push for a constructive negotiation to reach a mutually beneficial agreement that ensures the legitimate interests of the three countries.

Ethiopia believes the only way to resolve the differences regarding the filling and operation of GERD is through dialogue and by resorting to technically informed consultations.

The Nile is bountiful for all countries to share and use wisely. We must all think in terms of regional and collective benefits.

Paraphrasing the words of Dr. Martin Luther King Jr., Ethiopia, Egypt and Sudan are part of “an inescapable network of mutuality, tied in a single garment of destiny. Whatever affects one directly, affects all indirectly.” We must work together in good faith and good will for the betterment of our people.

Fitsum Arega is the Ethiopian Ambassador to the United States.