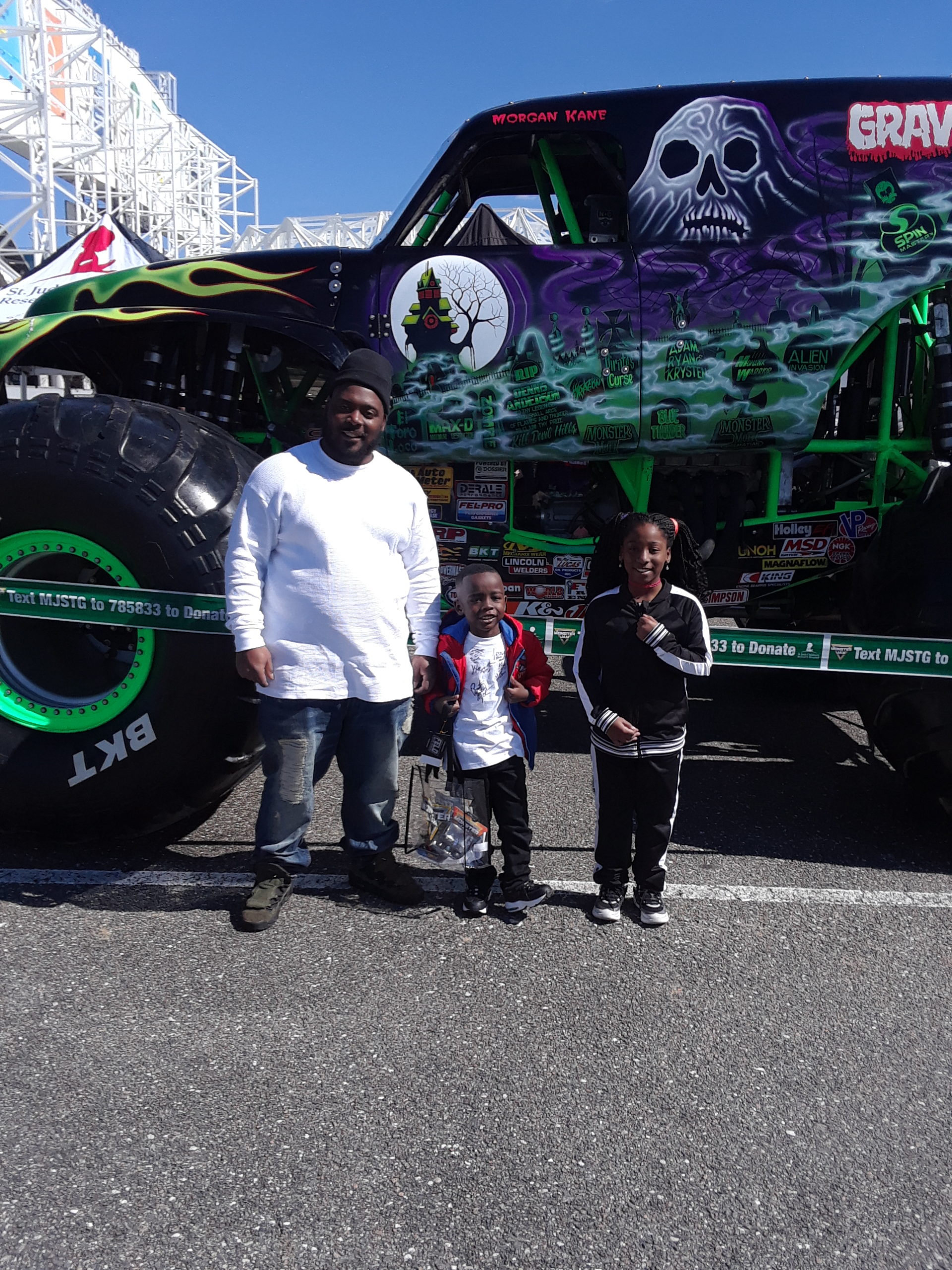 Monster Jam, the live sporting event competition featuring seven monster trucks that showcases the trucks’ abilities to crush cars, fly through the air, and spin was back in Duval this past weekend!  The ultimate in monster truck racing, these mechanical beasts compete against each other is an adrenaline-charged family entertainment event. The series began in 1992, and is sanctioned under the umbrella of the United States Hot Rod Association.
Shown in front of a Monsters Truck is James with kids Deshawn and Jamecia Roberts, the family duo previewed the racing and freestyle monster trucks competitions.