Breaking news
By Jordyn Fields, Howard University News Service – The 2020 presidential election is around the corner and talks of the candidates, platforms and controversies are the major stories in the news cycle. The candidates; President Donald Trump and Vice President Joe Biden are actively trying to bring voters to the polls in November, especially those with strong voting power.Despite millennials and Gen Z having the largest voting power in the upcoming election, it remains to be seen whether or not they will turn out and exercise their power. Millennials (ages 24-39) make up 27 percent and Gen Z (ages 18-23) makes up 10 percent together, creating over one-third of the voting power.

In 2016, young people had a slight increase in their presidential election participation. Roughly 46 percent of young people voted compared to 45 percent in 2012.

“I participate in my local elections most of the time,” said college senior Brittany Ham. 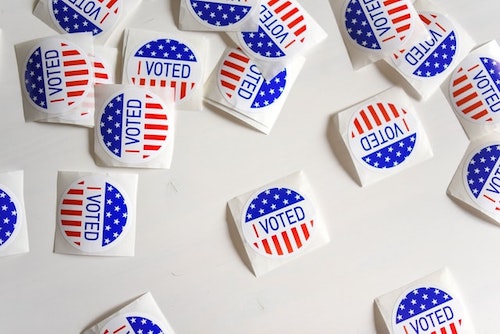 these are the people who will make decisions that will have a direct impact on how I live my day to day life,” added her sister, sophomore Kayla Ham.

Age is not the only factor that impacts who votes. Ease of registration, race and level of education also impacts voters. White Americans have long dominated the polls but in recent general elections, minority groups have increased their voting presence by close to 14 percent. This could be an indication of better minority turnout in the 2020 presidential election. The number of Black votes in the presidential election decreased from 2012 to 2016 by seven percent. Hispanic and other races decreased as well, but by minuscule numbers.

“This is my first time voting so I don’t really know how it works yet. I was too young last time and I’m definitely not a politics person but I at least want to do the presidential election,” said college senior Lauren Reems.

Howard University’s student government, the Howard University Student Association, is currently partnering with The Collective and Xceleader, an organization that is focused on HBCU leadership in the #VOTEHBCU program. The organization is currently focusing on the presidential election, but HUSA President Rachel Howell says they will be working to get students registered and involved in local elections as well.

“This initiative allows us to encourage other HBCUs to increase voter participation on their campuses by giving them the tools to make registration easier,” Howell said.

For more on the original article visit https://www.washingtoninformer.com/millenials-and-gen-z-have-voter-power-but-will-they-use-it/