Back in 2013, when the founders of the Smithsonian’s National Museum of African American History and Culture were seeking donors, they were encouraged to reach out to a man named Robert F. Smith. And that turned out to be a great idea because he later gave a $20 million donation to the project, making him the museum’s second-biggest private donor. Oprah Winfrey was the biggest private donor with her $21 million donation. 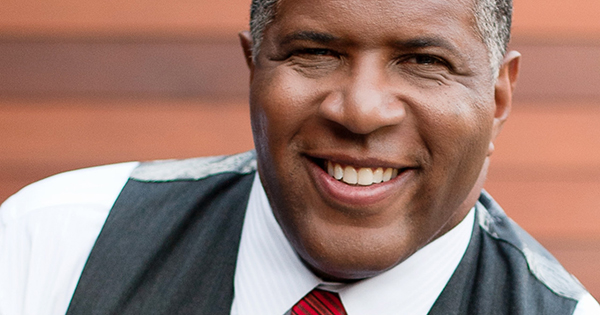 So who is he?
Robert F. Smith is the 53-year old founder of Vista Equity Partners, a leading private equity firm focused on investing in software and technology-enabled businesses. With office locations in Austin, Chicago, Oakland and San Francisco, his company manages equity capital commitments of over $14 billion and oversees a portfolio of over 30 software companies that employ a combined approximately 30,000 employees worldwide.
His company has been so successful that he has secretly built a fortune worth around $2.5 billion dollars. According to Forbes, Robert is one of the country’s wealthiest men.
So why haven’t we heard of him before?
Until now, Robert has always kept his work and philanthropy relatively quiet. Even until now, his profile is on the company’s web site, but there is no picture of him. He says that he wanted his investors and executives to know him first by his abilities. He feared that if they saw the color of his skin, he might lose out on opportunities.
How did he get started?
In high school, Robert became interested in computers and went to complete an internship at Bell Labs (now AT&T). During the summers and Christmas breaks, he spent his free time trying to figure out and better understand how computers worked.
He told The Washington Post, “I got hooked on technology. The excitement of figuring a complex problem out creates a eureka moment. It’s one of the best moments in life.”
After high school, he went on to study chemical engineering at Cornell University and earned his MBA from Columbia University. After graduate school, he was pursued a career in investment banking at Goldman Sachs where he was an advisor on billion-dollar mergers and acquisitions for technology companies such as Microsoft, Apple and Texas Instruments.
In the year 2000, Robert left his job to start his own company, Vista Equity Partners, and focused on buying and selling small software companies. By the time he was 35 year old, he became a millionaire. And within about 15 more years, he became a billionaire.
What he learned about giving back
Robert says that he grew up as the son of two high school principals in a predominately black neighborhood in Denver, Colorado. As a child, he recalls his parents teaching him and his older brother the importance of philanthropy. He remembers watching his mother send off a $25 check to the United Negro College Fund each month.
For more details about Robert F. Smith’s company, visit www.vistaequitypartners.com or visit his personal web site at www.robertfsmith.org