Lena Horne is remembered as an all-around entertainer, Hollywood actress, Grammy Award winning singer, and a Tony Award winning Broadway star.  But equally important to her legacy was a willingness to use fame as a platform to promote Civil Rights in the 1960’s.  Horne’s daughter Gail Lumet Buckley believes her mother would be proud to be put alongside the other members of the USPS Black Heritage Stamp Series.

“My mother would have been 100 years old on June 30, 2017.  It’s wonderful that she would receive this honor so close to her centennial year.  When I first read the list of past recipients in the black heritage series, I confess it brought tears to my eyes,” said Buckley.  “As we honor these women and men for their great talent and abilities, we must also honor them for the courage that it took for them to become, as the Postal Service notes in celebrating the Black Heritage stamps, people, events and cultural milestones that are unique to our great nation.”

The stamp has a picture of Lena Horne on it taken by German photographer Christian Steiner in the 1980’s.  With a dark cloudy background and a blue dress, it’s a tribute to her 1957 album Stormy Weather.

“After a change into an elegant blue dress, she became talkative, told me intimately about her life, and we were able to laugh together,” said Steiner.  “She even sang for me.  All the while I got pictures I was feeling good about and thought she would too.” 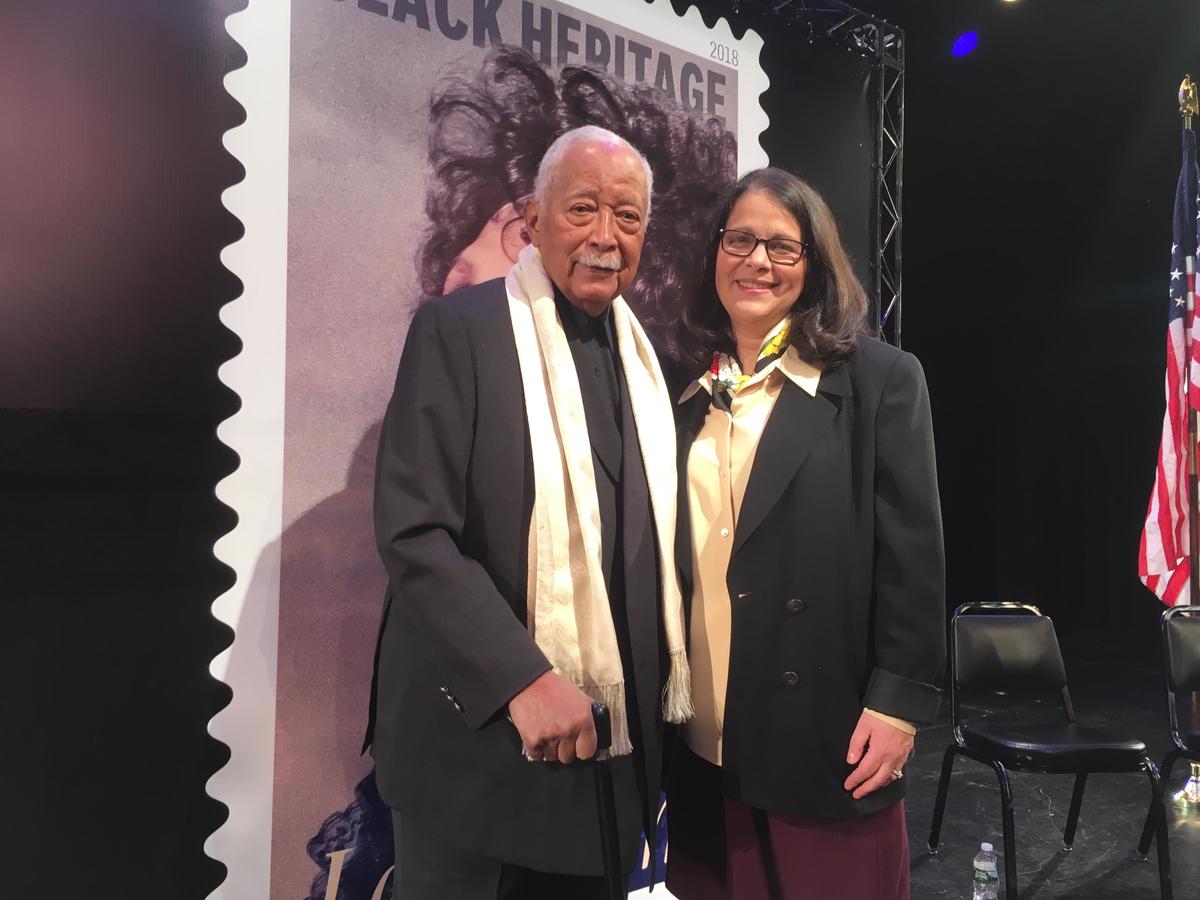 Former New York City mayor David Dinkins was there to honor Lena Horne.  Horne was born in New York in 1917 and remained a presence until her death in 2010.

“She was magnificent.  Aside from being a wonderful performer, she was a very nice person.  She’s a very beautiful woman and I think the photography captures it.”

The stamp is for sale at all USPS locations.