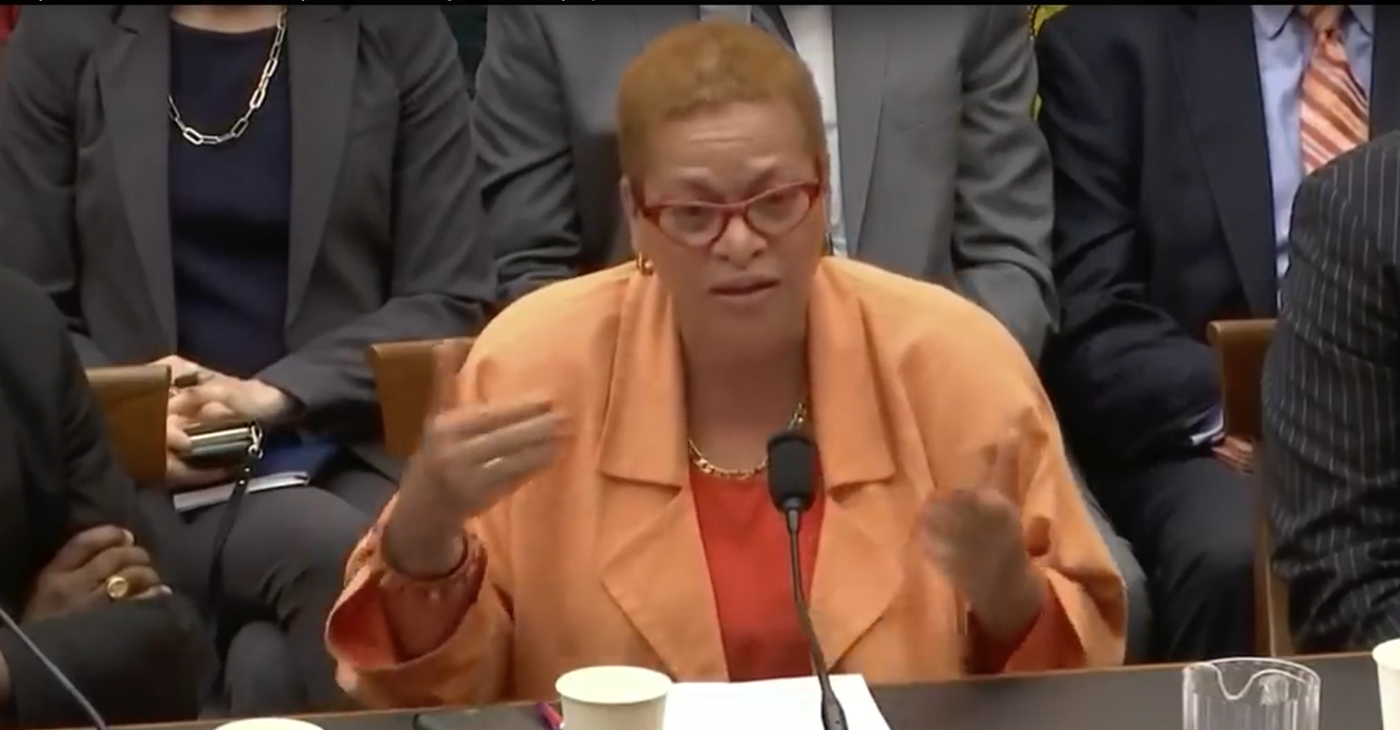 — “These are the vestiges of enslavement that people don’t want to deal with,” said Dr. Julianne Malveaux, the former President of Bennett College.

Malveaux testified at a House hearing on legislation that would set up a commission to study reparations for the ancestors of enslaved Africans kidnapped and brought to America.

Dr. Malveaux and others testified on H.R. 40, the Commission to Study and Develop Reparation Proposals for African-Americans Act which would seek to analyze the legacy of the trans-Atlantic slave trade and its continuing impact on communities. The hearing was held by the House Judiciary Subcommittee on the Constitution, Civil Rights, and Civil Liberties on June 19th.

On June 18, Senate Republican Majority Leader Mitch McConnell said that Americans, in part, made up for slavery by electing Barack Obama.

“I don’t think reparations for something that happened 150 years ago for whom none of us currently living are responsible is a good idea. We’ve tried to deal with our original sin of slavery by fighting a civil war, by passing landmark civil rights legislation. We elected an African American president,” McConnell added.

“I think we’re always a work in progress in this country… No, I don’t think reparations are a good idea,” the Republican from Kentucky concluded.

Another view was heard at the Juneteenth hearing on the House side of Capitol Hill.

“Enslavement reigned for 250 years on these shores. When it ended, this country could’ve extended its hallowed principles — life, liberty and the pursuit of happiness — to all, regardless of color. But America had other principles in mind,” writer Ta-Nehisi Coates said at the hearing.  In 2014, Coates wrote “The Case for Reparations” in The Atlantic. The lengthy article reignited a national discussion on the issue.

“Victims of that plunder are very much alive today,” Coates said at the hearing.

“We recognize our lineage as a generational trust, as inheritance, and the real dilemma posed by reparations is just that: a dilemma of inheritance. It is impossible to imagine America without the inheritance of slavery,” Coates also said.

The congressional discussion on reparations was the first of its kind. Though former Congressman John Conyers authored legislation to study reparations for many consecutive years.

Rep. Sheila Lee Jackson (D-TX) a sponsor of H.R. 40, said, “It is only [African Americans] that can singularly claim to have been slaves under the institution and leadership of the government. H.R. 40 is, in fact, the response of the United States of America long overdue.”

Commenting on social media on the hearing, Howard University African American Studies Department Chairman, Dr. Greg Carr wrote, ‘A couple of things #HR40 hearing is reinforcing: 1. The need to study the long #Reparations movement and it’s well-established objectives is greater now than ever; 2. Supporters of White American nationalism can find an American Negro to say anything they need them to.”

Though the hearing was discussed widely on social media, both CNN and MSNBC spent most of June 19th running footage of former White House staffer Hope Hicks walking down a hallway in the Rayburn House Office Building while saying nothing to reporters before and after refusing to contribute testimony on alleged White House misconduct Capitol Hill.

‘Imagine if we had cable news networks that treated the #Reparations hearing as important as the #HopeHicks hearing… whew! I’m Beat!,” wrote DCBeat founder Tiffany Cross on twitter.

South Carolina Republican Senator Tim Scott said reparations are a “non-starter” when asked about the issue.