He was 98.
Lowery’s death was confirmed by family representative Imara Canady, who said he died of natural causes.
Often called the “dean” of the civil rights movement, he worked hand in hand in the movement’s formative years with the Revs. Martin Luther King Jr. and Jesse Jackson.
He once said he missed “Martin” and other civil rights activists who had died before him. But he felt that God was keeping him for a single cause: To address the injustices of the criminal justice system, particularly toward poor black men.
“It’s the last facet here of racial oppression,” Lowery once said of the American criminal justice system.

Police encounter led to a career in civil rights

Joseph Echols Lowery was born in Huntsville, Alabama, on October 6, 1921. His father owned a small business, and his mother was a part-time schoolteacher. He married Evelyn Gibson in 1950. The couple had three daughters, and Lowery had two sons from a previous marriage. 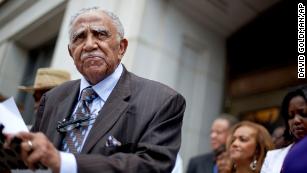 The Rev. Joseph Lowery speaks during a 2012 press conference in Atlanta.
His hometown was typical of Southern mill villages of the 1920s, where racial lines were well-defined and the Ku Klux Klan used cross burnings and other scare tactics against African-Americans.
Lowery said it was an encounter with a policeman at his father’s sweets shop when he was 12 or 13 years old that triggered his desire to work as a civil rights activist.
“A big white policeman was coming in, and he punched me in the stomach with his nightstick,” Lowery told the Atlanta Tribune magazine in 2004.
“He said, ‘Get back n—–. Don’t you see a white man coming in the door?'”
After graduating from college, Lowery became an ordained Methodist minister who served congregations in Alabama and Georgia. He later became a peace activist, joining the fight against segregation and organizing marches in Selma and Birmingham, Alabama.
He served nearly half a century as a pastor, spending much of that time with Central United Methodist and Cascade United Methodist in Atlanta, Georgia.

Lowery was a co-founder of the SCLC

In 1957, as racial tensions rose across the United States, Lowery helped start the Southern Christian Leadership Conference civil rights organization with King. Their work helped lead to the passage of the Civil Rights Act of 1964, which President Lyndon Johnson signed.
“We had been through sit-ins and kneel-ins where we had been beat up and locked up and cussed out and locked out,” Lowery said in a 1994 interview. “It was a milestone, a watershed. It helped America take off the cloak of official segregation.”
Lowery later served as the SCLC’s president for more than two decades, leading protests for civil rights in South Africa and peace in the Middle East.
He remained an activist even after retiring in 1992, fighting for gay rights and election reform, and against capital punishment.
“We had to remain ever vigilant … and energetic to protect those rights, lest the clock be turned back,” Lowery said.
He vowed never to seek political office, like some of his fellow activists, because he said he could achieve more for the civil rights movement from among the people.
“He was a champion for civil rights, a challenger of injustice, a dear friend to the King family. Thank you, sir,” the King Center tweeted Friday night. 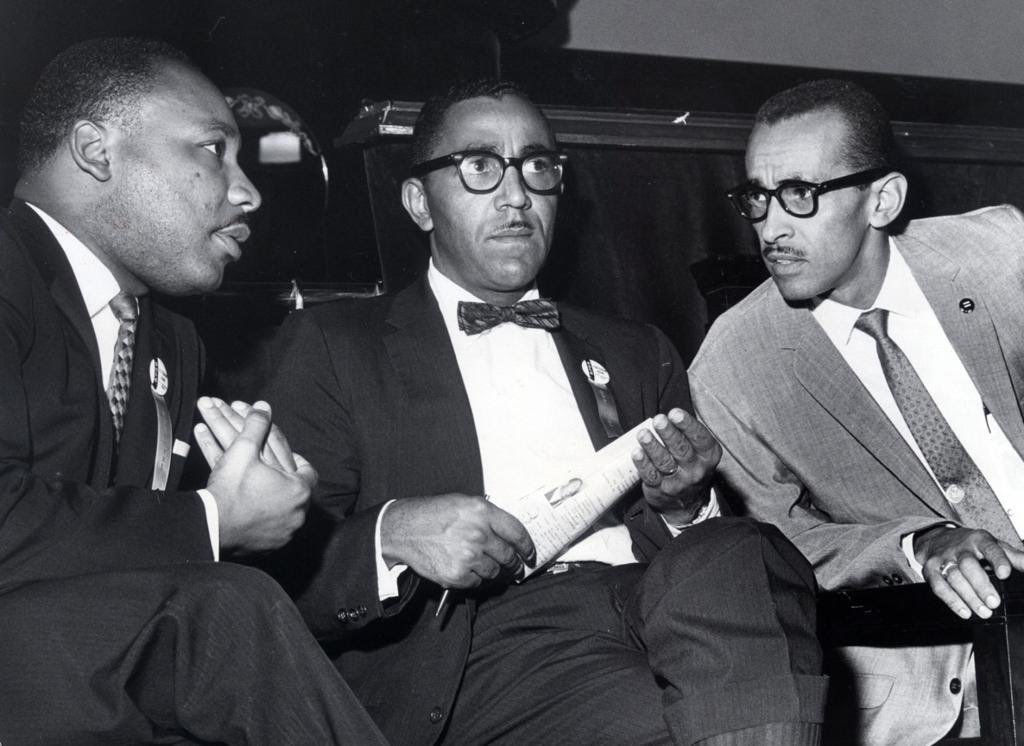 Bernice King also tweeted Friday saying it’s hard to imagine a world without Lowery.
“I’m grateful for a life well-lived and for its influence on mine. I’ll miss you, Uncle Joe,” she said.

It’s hard to imagine a world or an Atlanta without Reverend #JosephLowery. I’m grateful for a life well-lived and for its influence on mine. I’ll miss you, Uncle Joe. You finally made it up to see Aunt Evelyn again. 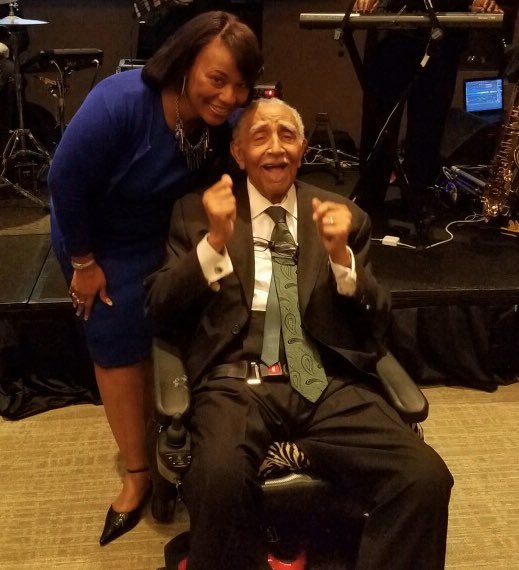 Lowery was a recipient of the Medal of Freedom
Lowery started the Coalition for the People’s Agenda in 1998 to educate and register new voters, and he continued to be involved in the cause until his passing.
In 2006, he was criticized for playing politics at the funeral of Coretta Scott King, the widow of Martin Luther King Jr., for railing against the Bush administration and the war in Iraq.
“We know now there were no weapons of mass destruction over there, but Coretta knew, and we know that there are weapons of misdirection right down here,” Lowery said. “Millions without health insurance. Poverty abounds. For war, billions more, but no more for the poor.” 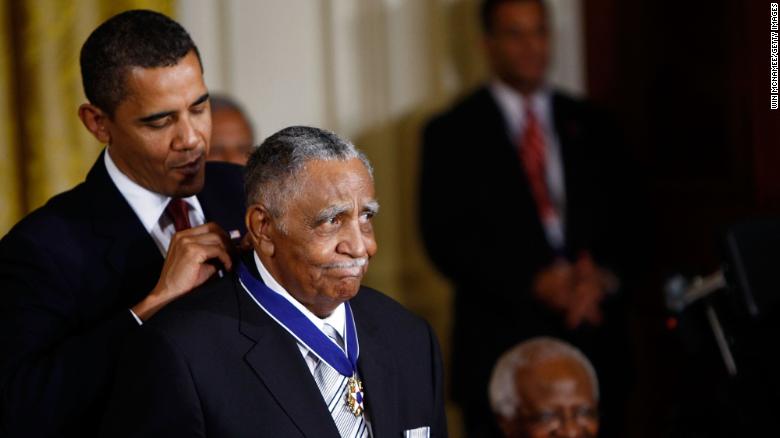 President Barack Obama presents the Medal of Freedom to the Rev. Joseph E. Lowery in 2009.
Supporters said he merely echoed King’s sentiments against the bloodshed in Iraq.
Lowery received numerous honors late in life. He delivered the benediction at President Obama’s inauguration in January 2009, and Obama awarded him the Presidential Medal of Freedom six months later.
With all the accolades and honors he received during his lifetime, Lowery never stopped working to empower people to unite to fight for their rights.
“As one, we can poke you in the eye,” he told the Atlanta Tribune, holding up one finger, then shaping his hand into a fist. “But if we come together, we can knock you out.”