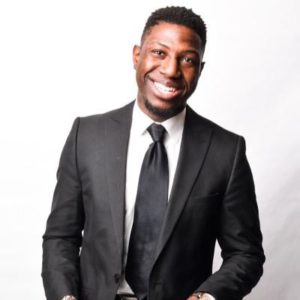 By Dezimon Alicea, Gary Crusader
During the late 70s and well into the mid 80s; there was a new sound of music hitting the scene. Received by some, and criticized by many; hip hop was making its impact felt. This new style of music saw a mixture of rhythm and blues and poetry. Some of the popular names in that day were GrandMaster Flash, Kool Moe Dee, Fab Five Freddy and of course Kurtis Blow.

The Hip Hop genre took a leap into the mainstream music scene with the release of Sugar Hill Gang’s Rapper’s Delight. This resulted in a national stage for hip hop. Hip hop was making a transition from the hallways and sidewalks of urban cities to major television networks such as MTV and VH1. More people were purchasing hip hop music. It was becoming strikingly clear that this music was going to be here for some time.

Fast forward to 2017, hip hop has become more than a musical style, it has transcended into a culture. Hip hop is a business, and it is garnering a lot of money for those at the helm. Leading this charge of hip hop artist turned moguls, is Sean Carter. Also known as JAY Z. JAY Z started rapping in the early 1990s, and has been able to build an empire just by communicating his message of street hustling and what it meant growing up in the ghettos of New York City.

This is the 13th studio album released from JAY Z; it is titled 4:44. It capsulizes his entire life that has been showcased before us. His fan base has seen the transition of this artist from young rapper, to mature business man. This album touches on a lot of personal topics for JAY Z, including his infidelity, his mother being a lesbian, emotional heartache caused family turbulences, as well as JAY Z’s search for life’s meaning in studying different religions.

The casual JAY Z fan will appreciate his transparency, but the average hip hop fan will value one thing over all else. JAY Z was able to get back to the roots of hip hop by utilizing a form of storytelling. The early pioneers of hip hop used storytelling as a means to pull their audience into their reality. JAY Z not only pulls his audience into his world, he draws the listening audience into the world of a Black person in America.

Hip hop has been known for tying societal problems into its music. During the 80s and early 90s, a lot of the music surrounded racial injustices and police brutality. The music transitioned from being about the problems in the community and became more about exciting and enticing the culture. JAY Z took us back by addressing some of the key problems in the African American community. In his song, Kill JAY Z, he addresses the mixed perception of being Black in America; whether rich, or poor. One of the lines says, “I’m not Black, I’m OJ”. Pulling from the sentiments of O.J. Simpson in the times of his trial that his fame was above his race. The song, is a reminder that no matter how many titles, or how much money you may have. You’re still Black in America, and the majority of society will view you as such.

The album has gained critical acclaim along with monetary success. In its first week of being released, it became certified platinum. Keeping in mind, JAY Z only made the album available for TIdal subscribers, the streaming service which he owns. In the coming week, we can see the album released on other streaming services, such as Apple Music along with physical copies. Sprint bought 1 million copies of the album to make it available exclusively for their customers. The album, is expected to move 175,000 copies physically and another 275,000 through streaming services.

Sean Carter has set the standard for making a love for hip hop into a lucrative business. Some may say this is his best line of work; that can be argued by the numerical success of the album or by his in depth view of himself on the album. Whatever way you look at it, 4:44 is a great way to view the world through the eyes of Sean Carter, aka JAY Z.