The development, to be raised atop part of the “Lot J” parking lot at the city’s municipal stadium, was framed Monday as the silver bullet to solve myriad community woes.

“Our downtown has been stagnant for decades,” Curry said, depicting the “catalytic” Lot J project as a way to perhaps move the city forward.

The proposed expenditure is eye-popping: $152.7 million in public investment. But that number is down somewhat from the more than $200 million proposed in 2019, a reflection of pandemic realities even as the project envisions a post-coronavirus willingness to socialize and spend disposable income.

Curry noted support from Republicans and Democrats on the Jacksonville City Council for the project, including Democratic council president Tommy Hazouri. The lawmakers are typically pliant to Jaguars’ ownership, and there is no reason to expect them to change course now.

Curry said the “50/50 development” between the Jaguars and Cordish Companies will “ignite even more investment and opportunities” on the Northbank. 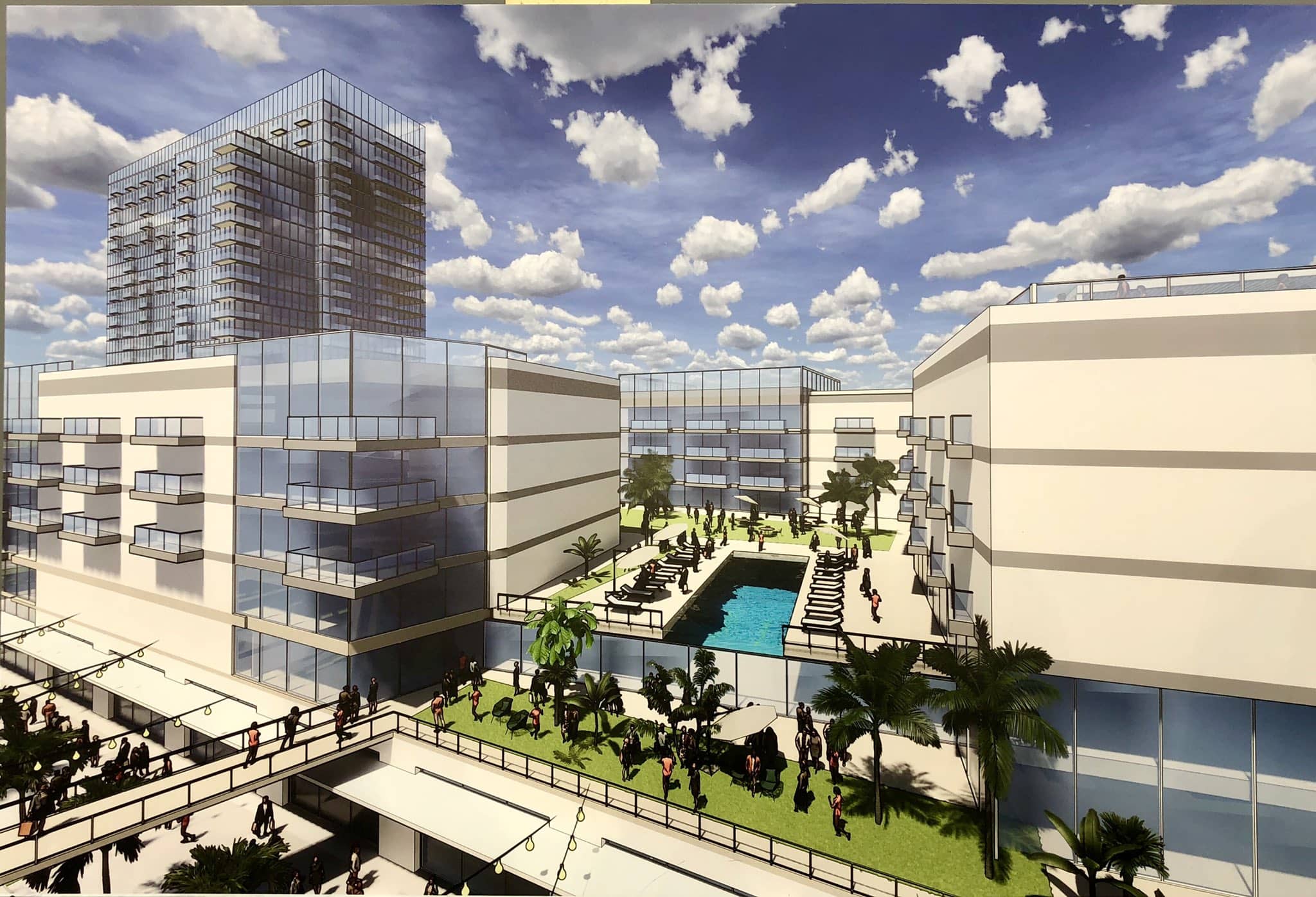 The project could boost Jacksonville’s sagging jobs market with 2,300 construction jobs and more than 1,000 permanent jobs, Curry said. One in every five of those positions will be set aside for women and minorities, the mayor added.

Khan said the project was “about unlocking our potential in Jacksonville.”

“It’s imperative that we have the ambition and the vision to answer this calling once and for all,” Khan remonstrated.

Khan believes the development can “bring us together at the time we need it the most.”

Certainly, that will hold true for the city’s elite.

“Residential. Entertainment. Office. Hotel. Residential. All keys to a thriving downtown that we’ve vocally supported. All part of Lot J … Let’s do this,” the Jacksonville Chamber of Commerce said, backing the proposal.

Former Mayor John Delaney also endorsed the pitch, noting that $150 million is not such a jaw-dropping number.

“$150m would not build a bridge or a new Main Library or Arena or Convention Center, to give perspective as to scale. And half is public infrastructure. Just skimming the news summary but this looks like a great deal for the citizens,” he remarked.

For more on the original article visit: https://floridapolitics.com/archives/372180-jax-lot-j