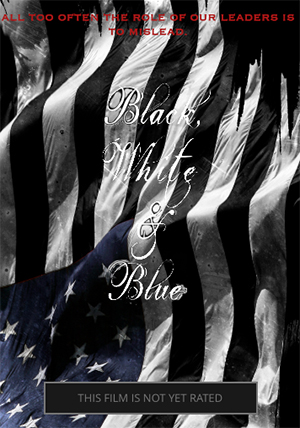 Nationwide — Set for release in early 2018, independent documentary BLACK WHITE & BLUEis a critical examination of the role race and police violence played in the 2016 presidential campaign. Some of the hot button social topics associated with the project are: abuse of power by law enforcement, the Black Lives Matter movement and Flint, MI’s Water Crisis.

Produced by Curtis Scoon (BET’s American Gangster) and directed by newcomer Asia Norris,BLACK WHITE & BLUE begins at the DNC in Philly back in July 2016 and consists of one-on-one interviews of notable figures (such as The Breakfast Club’s Charlamagne Tha God, CAIR National Spokesman Ibrahim Hooper, author/ social critic Dr. Michael Eric Dyson and Michigan State Senator Coleman Young II (D)) and many more, juxtaposed with “man on the street” interviews, along with compelling visuals from all over the country.

There is no political agenda or backing for this project. It is an independently funded, unbiased critique of the issues inspired by political activism on social media- particularly that of so-called “Social Justice Warriors.” Prior to the election, a number of shooting incidents involving law enforcement officers and Black males reached a crescendo of sorts with the dramatic killing of Michael Brown in Ferguson, MO and the subsequent civil unrest it sparked.

Seemingly, the Black community became increasingly politicized as racial conflagration and polarization politics divided Americans along ideological and racial lines in the wake of the first post-Obama presidential election. Or was there more to it than meets the eye? Was it all organic, or orchestrated to achieve some political aim? Was the activity on social media an accurate depiction of reality in the Black community or was it simply the work of a very small, vocal, niche group attempting to speak for all Black people? Who was behind it, and why? Are the concerns legitimate? If so, what should be done about them?

BLACK WHITE & BLUE attempts to address these questions, and others, through an objective, non-partisan lens. The documentary dispels any notion that Black people are a monolith by showcasing a spectrum of diverse perspectives for viewers to arrive at their own conclusions.

For more information on the film, go to www.blackwhiteandbluefilm.com