By rollingout –October 12, 2020 – Rosario Dawson and her boyfriend, U.S. Sen. Cory Booker, D-New Jersey, have found life “incredibly enriching” since moving in together.

The 41-year-old actress moved into her politician boyfriend’s New Jersey home over the summer so that they could spend lockdown together amid the coronavirus pandemic, and Booker has now admitted the couple are loving life under the same roof. 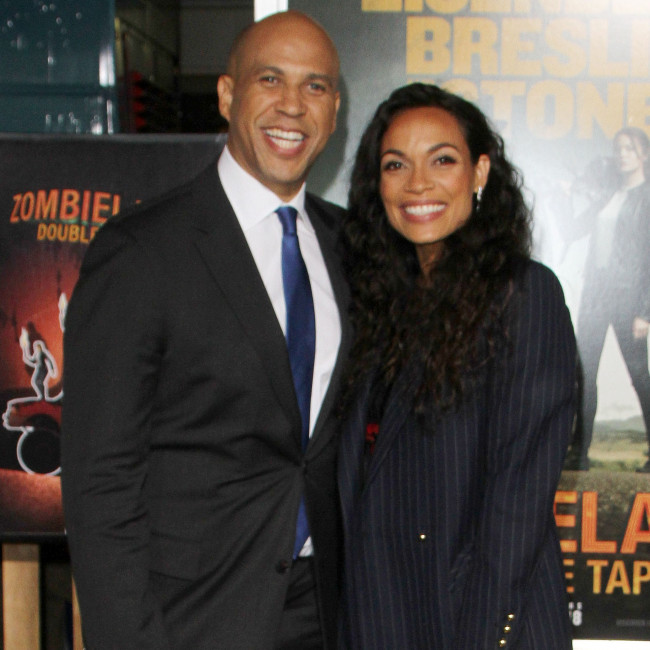 He said: “I have not done that, really, as a bachelor, where I actually sit at a table and just, like, breathe and eat a meal. And just set a table — I can’t tell you how rarely do I set the table as a bachelor, you know, as a guy living alone. So it’s just really nice to set a table, have somebody to say grace with, before a meal. It’s just those small things really are, I’m finding, incredibly enriching.”

Dawson and Booker, 51, have been so busy amid the politician’s involvement in the upcoming U.S. election that they’re yet to unpack the “Sin City” star’s belongings but are “enjoying” their time together regardless.

Booker added to BuzzFeed: “We already know we’re not gonna get to it until after the election. This is the first time in my life I’ve really lived with somebody — and obviously Rosario and I are enjoying and adjusting to that, right?”

Meanwhile, Dawson announced her plan to move in with Booker earlier this year, after she was forced to go months without seeing him while she quarantined with her parents, Isabel and Greg — who was previously having chemotherapy for pancreatic cancer — during the height of the pandemic.

When asked what she missed most amid the health crisis, she said: “My boyfriend. I haven’t seen him since February. He is by himself, going between Newark and D.C.

“I’m actually in the process of moving, by the way. I’m going to New Jersey. I’m moving to Newark …

“I’m moving in with my boyfriend because it’s time. We were thinking about moving in together anyway, but especially during all of this, it’s been really intense.”

For more on the original article visit: https://rollingout.com/2020/10/12/cory-booker-and-rosario-dawson-finding-life-enriching-together/