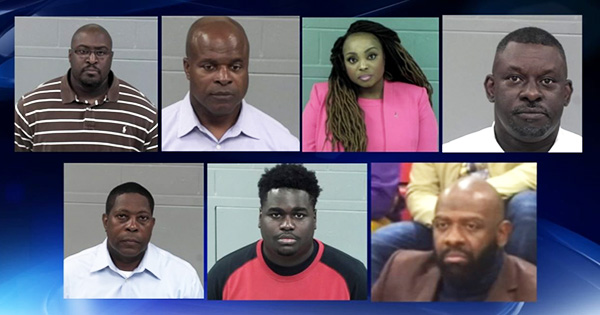 Fort Valley, GA — Fort Valley State University, an HBCU located about 100 miles south of Atlanta, Georgia, was shocked with a scandal last year that involved the apparent sex trafficking of Alpha Kappa Alpha sorority members. Seven people have recently been indicted in connection to the case, including Alecia Jeanetta Johnson, a graduate adviser to the AKA Sorority who allegedly served as the pimp for the students.

In April 2018, reports surfaced about students who resorted to prostitution out of desperation to pay pledge fees to join Alpha Kappa Alpha sorority. The alleged pimp for the students is 49-year old Alecia Johnson, an AKA member and faculty adviser for the FVSU chapter. She also served as an executive assistant to the president of Fort Valley State University since 2004.

Alpha Kappa Alpha Sorority Incorporated is the oldest Black sorority in the U.S. which was founded on Howard University in 1908. AKA leaders have suspended the privileges of Alpha Beta Chapter of AKA at FVSU while an investigation regarding the case is ongoing.