Gayle King, anchor of ‘CBS This Morning,’ told the ladies of The Talk that being single during the coronavirus pandemic for her has been “daunting.”
“It’s true, I’m single. And honest to God guys, I have never minded being single because my life is so full. I get to go to a lot of stuff. I know a lot of great people. So, I’ve never minded, but this is something… But now that this is it, it feels very, very daunting and actually very, very scary to me,” King told the show’s hosts.

The reason King called it a particularly difficult time for her to be single is because “there’s no end in sight. That’s what’s so troubling about this.”
King said it is hard that she can’t visit her grown children in Los Angeles, or her BFF Oprah Winfrey due to social distancing and the ever-present threat of contracting the novel coronavirus. 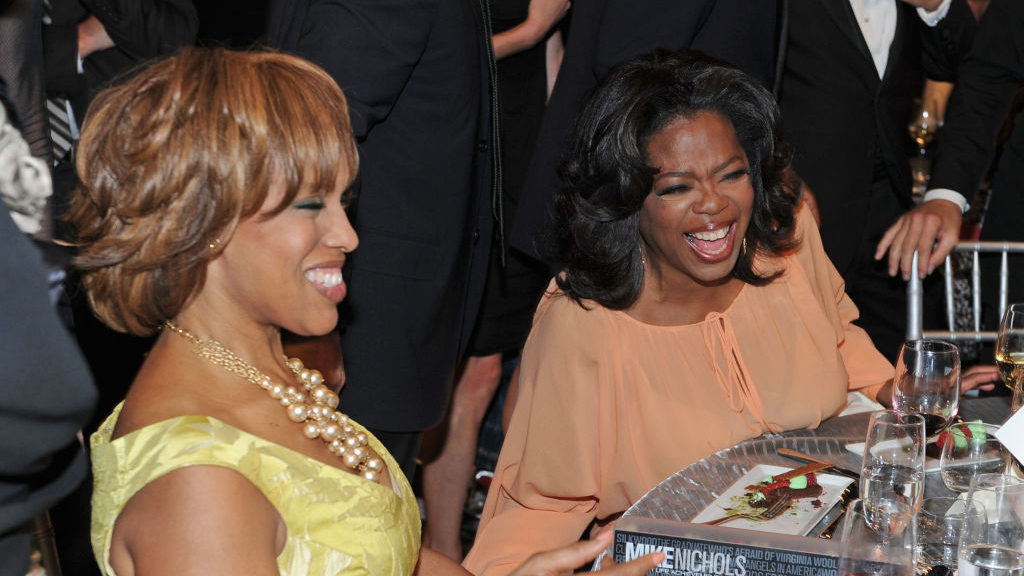 “Just the thought that I don’t even know when I will see them in person is upsetting. I don’t know when Oprah and I will be able to visit is upsetting. So, all the people that I really cherish the most, I don’t know when that is going to be,” King said. “That said, you know I sit here and knock on wood, healthy… people are dealing with a whole lot worse, and I don’t minimize that.”
In another clip on The Talk, Gayle called it a “privilege” to be in the media reporting the pandemic as events unfold. “It’s a privilege to help in any way we can,” King said, adding that she is “really proud of the work that we’re doing.”

“I really try not to go outside,” King told Sharon Osbourne. She said she was struck by recent remarks from U.S. Surgeon General Jerome Adams. “How about the Surgeon General saying on Sunday that this is going to be our 9-11 moment, it’s going to be like Pearl Harbor,” King mentioned to Osbourne.

King also said a statement that Brene Brown, research professor, and author, made about the current state the country and world are in struck a chord with her.

Brene Brown said everyone is trying to “set into a new normal” at the same time we are “grieving” the normal that we had.
“We need each other, all of us,” King added.