As a former defensive end in the National Football League, Elton Patterson has faced some of the most menacing men on earth. The 6’2, 270 pounder from the University of Central Florida played for the Jacksonville Jaguars and the Cincinnati Bengals in the early 2000’s. However, now, he is facing a different challenge, navigating the cut-throat business side of the sport as one of only a few black agents.

As the owner of Franchise Sports Agency in Tallahassee, FL, Patterson spends much of his time traveling across the country to meet with league executives and NFL owners on behalf of his clients to handle contract negotiations and secure the best possible deals.  He also spends time advising players on their finances, playing motivator to keep them ahead of their competition, and even psychologist, counseling them through hard times. Patterson works with players like Tevin Floyd of the Arizona Cardinals and the Atlanta Falcons’ Reggie Davis, among others.

One might think a presence like his is sorely needed in the NFL where 70% of the players are black, but where ownership is nonexistent and representation in executive positions is scarce. Players do not have many agents who look like them.

However, Patterson does not believe most players even know black agents are a viable option and the ones that do are accustomed to the age-old pattern of signing with white ones.

“I am one of the few black agents in the league, and not only that, I played,” Patterson said. “I know this system. Still, I literally have to fight tooth and nail at times for players to sign with me because they are so used to how things have always been.”

With the current National Anthem protests proliferating throughout the league, talk about unity and access for blacks on the business end of the NFL is at an all-time high. While more and more players are taking knees, Patterson thinks the one thing that is missing is a common goal. He believes the protests would be more efficient if everyone was on one accord.

“Although the players are passionate about their cause, I am not sure everyone is on the same page with regards to why they are kneeling,” he said. “Understanding the system of things would help. This is a system that was put in place many years ago, and the focus is making money off of the players. Until black people have ownership interests and a seat at the table, nothing will change. The players have far more power than they realize to make that happen.”

He continued: “If you pay attention, the majority of African American athletes are represented by white agents. Players are being advised by some people with different agendas. They are being told not to speak out because they will lose this endorsement, or they will get fined, go for the money and so on. Maybe that is something players can come together on and say, hey, there are black agents who are just as capable and who understand our background and stance on certain issues. That is how change starts.”

Current trends indicate that for every 10 athletes that black agents get to work with, there are hundreds more that they can’t even get access to.

Patterson raises the question, “With everything Colin Kaepernick has endured surrounding his fight against social injustice – does he have a black agent? It’s something to think about.”

That is why part of Patterson’s mission is to educate and empower the black athletes he represents to think beyond the field and towards leadership and ownership. In his mind, until more faces of color are in decision-making positions to upset the status quo, change will be minimal, and efforts like the Anthem protests will never quite reach their mark. 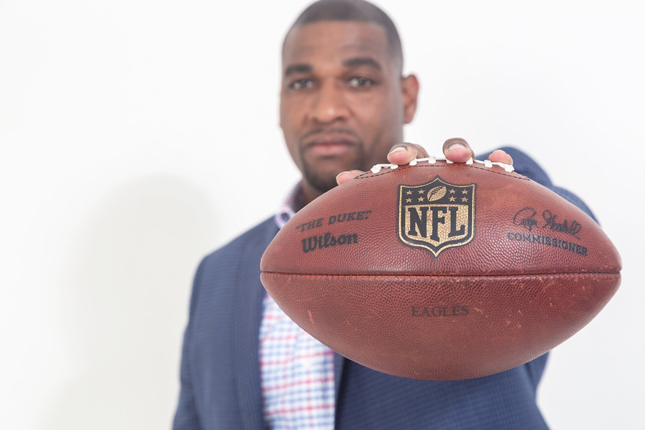