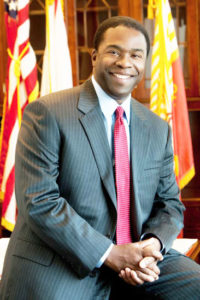 “As mayor, I prided myself on the fact that City Hall was the ‘people’s office’ and believe the same should apply in the U.S. Capital,” said Brown. “I am committed to giving the people a real voice and representation in Washington.”

Alvin Brown has made his quest for the seat no secret. Former Congresswoman Brown escorted candidate Brown to meetings with members of the Congressional Black Caucus last fall.

In announcing his candidacy, Brown has his history of developing initiatives to create jobs, build affordable housing and spur business development as Mayor.