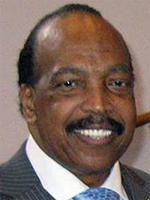 By  Dr. Willie Gable
Like most people, I care about my community, its opportunities, as well as its future. But as a man of faith, I believe I am additionally called to give voice and support to lift every life. From counseling congregants on ways to find hope, I am keenly aware of many who see none at all, despite the heralded claims that the nation’s economy is flourishing.

Of all the issues confronting Americans, none is more basic than that of housing. Whether renting or owning a home, every family needs a place to come home to at the end of the day. It is where our children are raised, meals are prepared, and family milestone moments are celebrated.

It is also true that everyday Americans are now struggling to keep and/or find homes they can afford. As housing prices rise faster than incomes, an increasing number of people grapple with challenges of how hard it is to keep their loved ones safe.

When the additional and illegal burden of housing discrimination emerges, the lives of many people worsen. Despite federal legal guarantees against housing discrimination, violations confront many who thought their housing rights had been permanently secured. Beyond people of color, housing discrimination is also felt by the physically disabled, women, families, and the LGBTQ community.
But I never imagined that a Black man raised by a single mother and later became a world-renown physician would change careers from medicine to government. More than that, I never expected such a man to misuse his authority as HUD Secretary to personally withdraw a key fair housing rule.

Just days ago, HUD Secretary Benjamin Carson ended a rule known as Disparate Impact that has preserved the goals of the Fair Housing Act that is now more than 50 years old. Why he would do such a thing is beyond unthinkable. But it is immoral as well.
As a man raised in the turbulent 1960s in Detroit, has Secretary Carson forgotten the struggles of the civil rights movement that included the hard-fought battle to enact the Fair Housing Act? Has he forgotten the marches in his own city, Dr. King’s speeches that appealed for this country to live up to its promises, or how in 1968 his hometown exploded in racial strife?

Even more — Has Secretary Carson come so far in life and risen so high that he has lost all recollection of what it was to be poor, or in need, or discriminated against?

I believe he needs our prayers to remind him of who he is and from whence he came. We, as a people also need him to act in the best interests of all Americans, and especially those of us who share a heritage of fighting to be free in all aspects of life.

His story is one of tremendous personal strides and achievements. It is time for him to understand that it was opportunity that enabled his success. It is highly probable that somewhere in this country another young child needs similar opportunities to live and grow and become all that our Creator intended them to be.

The way to a better life in this or any year begins in a home where young minds are supported and nurtured… Places where values that last life-long are taught… including the duty to reach back and help others who have struggled their way out of want and lack.

There is nothing second-rate about the hopes and dreams of people who have few or meager monies. In the wealthiest nation on earth, doesn’t everyone deserve a chance to live free without the burden of discrimination?

As co-sponsor of the 1968 Fair Housing Act (FHA), former Vice President Walter Mondale participated in HUD’s 50th anniversary program honoring the pivotal legislation. He termed the Act’s passage as “one of the great miracles in modern history.”

I heartily agree. Secretary Carson has a duty to pursue housing justice for all. Just as our nation fought a war to abolish slavery, we now need a war against public policies that bless the wealthy while condemning everyone else to misery.

It’s time to put real fairness into fair housing again – for all.