By William J. Ford  – (Source): Washington Informer – The leaders in D.C., Maryland and Virginia released a joint statement Monday with a message not only for their constituents, but Americans nationwide who want to attend the presidential inauguration.

“We are taking the extraordinary step of encouraging Americans not to come to Washington, D.C., and to instead participate virtually,” said D.C. Mayor Muriel Bowsers, Maryland Gov. Larry Ho 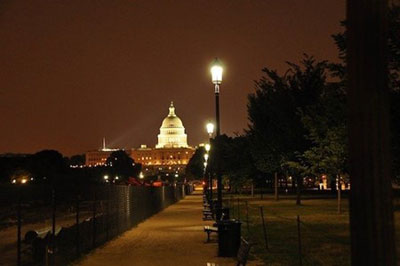 One reason they asked for residents to stay away from the city is the country’s ongoing battle with the coronavirus pandemic.

Even during the pandemic, thousands of supporters of President Donald Trump stormed the U.S. Capitol building Wednesday in protest of Biden’s win in the November election, resulting in at least five deaths and delaying Congress’ certification of Biden’s Electoral College votes until early Thursday morning.

“In this very trying time, Jan. 6 was a dark moment for our nation. But we know that we will get through this period because American ideals are stronger than one extreme ideology,” the lawmakers said in their statement. “Together, we will overcome extremism and get back to the work of our residents.”

Bowser requested over the weekend for Trump to issue an emergency declaration in the District of Columbia because of possible threats to the inauguration, which the president did Monday night.

According to the declaration released by the White House press secretary’s office, it allows the Department of Homeland Security’s Federal Emergency Management Agency (FEMA) to provide assistance for emergency actions. The declaration runs through Jan. 24.

“Specifically, FEMA is authorized to identify, mobilize, and provide at its discretion, equipment and resources necessary to alleviate the impacts of the emergency,” according to the statement. “Emergency protective measures, limited to direct federal assistance, will be provided at 100 percent federal funding.”

The NSSE designation permits the U.S. Secret Service as the lead agency to design and operate security measures, but also provides collaboration between federal, state and local agencies to ensure safety and protection in the city.

The move came “in light of events of the past week and the evolving security landscape leading up to the inauguration,” Wolf said in a statement.

Meanwhile, Hogan said at a press conference Mon-day morning that additional security measures are being made at the State House complex in Annapolis due to threats at all 50 state capitols.

“We’re going to be continuing to work on that day and night between now and probably the inauguration,” he said.

For more on the original article visit: https://thewestsidegazette.com/dont-come-to-d-c-for-inauguration-regional-leaders-urge/