By JuliaKate E. Culpepper | December 28, 2020  – Golf is a game built on tradition. It is a sport defined by respect and rules of etiquette that span attire, behavior and care for the course. During a culture-shifting year like 2020, these norms were challenged with the goal of bringing change to golf.

Clubs like Augusta National and professional golfers like Cameron Champ promoted diversity and initiated conversations about making the sport visually represent the United States, but these actions only mark the beginning of a cultural and demographic shift that is overdue. 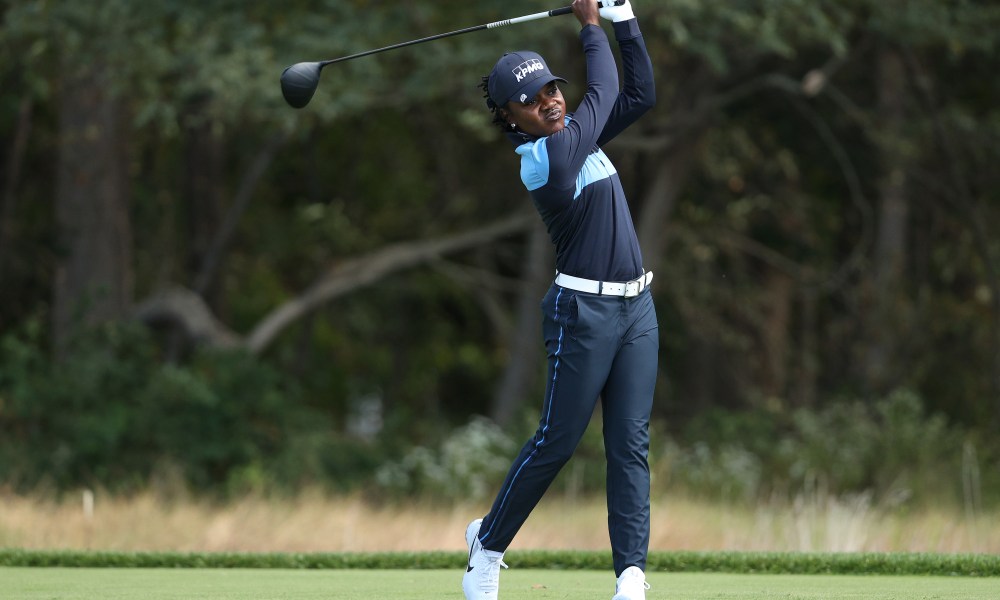 ere the next generation steps in.

This next generation of golfers and golf leaders is already comfortable addressing the status quo in golf.  Members of Generation Z, born from the late 1990s through the mid-2010s, are already thinking about how the sport is changing and how they want the game they love to be perceived by future generations.

While all under the age of 30, their insights and experiences speak of where the sport is headed in the areas of distance, traditional fashion and most importantly, diversity.

This is part one of a three-part series analyzing Gen Z’s perception of the changing landscape of golf.

Maya Torpey can’t remember the last time she saw someone her age who looks like her on the golf course.

Torpey, who has a white father and Black mother, has had plenty of opportunity to interact with golfers her age since being introduced to the sport at age 6, but over the past 13 years, the sophomore at Hofstra said she has consistently been alone.

“Growing up, all my friends who played golf were all white and even at my course, there wasn’t anybody who was African American or Black at my course,” Torpey said. “Now I think we might have three or four older gentlemen now but growing up, there were none. And every time I went to tournaments, I can’t even remember seeing any Black girls my age that I was playing against or playing with.”

Torpey, from Malvern, Pennsylvania, has grown so accustomed to being the only young, Black woman on the course that in October, she and her mother froze when they saw Mariah Stackhouse at Aronimink Golf Club. Torpey was following the leaders during the final round of the KMPG Women’s PGA Championship when she spotted Stackhouse. The only full-time Black woman on the LPGA, Stackhouse, 26, wasn’t playing her best game that Sunday — she finished the day 4-over 74 for a T-65 finish — but her placement didn’t matter to Torpey. The 19-year-old saw herself out on the course in Stackhouse and it left a mark.

“We were like, ‘Oh my God,’” Torpey said. “We were so surprised because we’re just not used to seeing Black people on tour like that.”

Stackhouse’s presence alone has led her to become a role model for players like Torpey. In September, Stackhouse starred in the LPGA’s Drive On campaign, which promotes stories of perseverance among LPGA players.

“Golf has been an integral part of my life story and a gateway of opportunity,” Stackhouse told the LPGA. “Part of my mission is to reach more people who may not have thought of golf as their sport too.

White women far outnumber Black women and other minorities in golf. Out of the 582 members of the LPGA and Symetra Tours, 183 are Asian (31 percent), 10 are Black or African American (2 percent), 51 are Latina or Hispanic (9 percent), eight are Native American or other Pacific Islander, six identify as multiracial and 323 are white (55 percent), according to statistics provided by the LPGA.

When speaking with the LPGA regarding these numbers, the tour boasted the diversity of girls entering the game is headed in a more diverse, “optimistic” direction. The tour’s goal is to keep these players involved in the game as they mature. 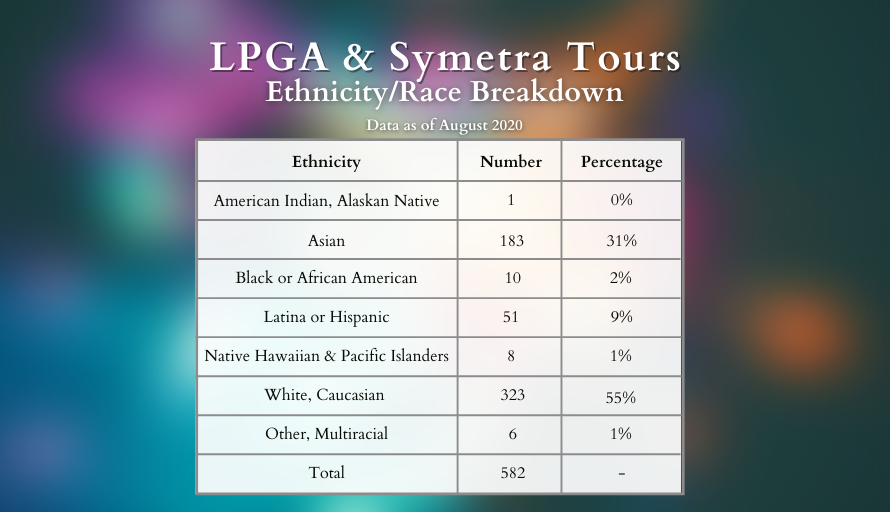 On the men’s side, the PGA Tour said out of its approximately 400 card-carrying members, there were 94 international players from 29 countries and territories outside the United States, but did not have a numerical breakdown of players by ethnicity. The Tour did confirm there were four players currently on Tour with Black heritage: Joseph Bramlett, Cameron Champ, Harold Varner III and Tiger Woods.

Representation in golf matters, notes Sandy Cross, the Chief People Officer for the PGA of America who oversees diversity, equity and inclusion. A lack of Black golfers can, in part, be traced to a Caucasian-only clause that existed on the PGA Tour from 1934-1961.

“Because we had this Caucasian-only clause, we have lost a generation – or generations, plural – of Black Americans electing the PGA member career path,” Cross said. “Because there wasn’t someone in their family lineage who was already on that path.”

Every time a Black PGA professional matriculates into the industry, it inspires others. Numbers grow. But diversity is about more than numbers. Cross notes that golf must be authentically inclusive at the point of play – whether that’s a public, private or resort course. The PGA of America is developing inclusion and engagement guidelines to help in that effort, and also runs PGA WORKS, an initiative to diversity the golf industry workforce.

Cross said the PGA of America is working to that diverse-owned businesses are included in the procurement of goods and services within an $84 billion dollar a year industry.

A spark to fuel the fire for change 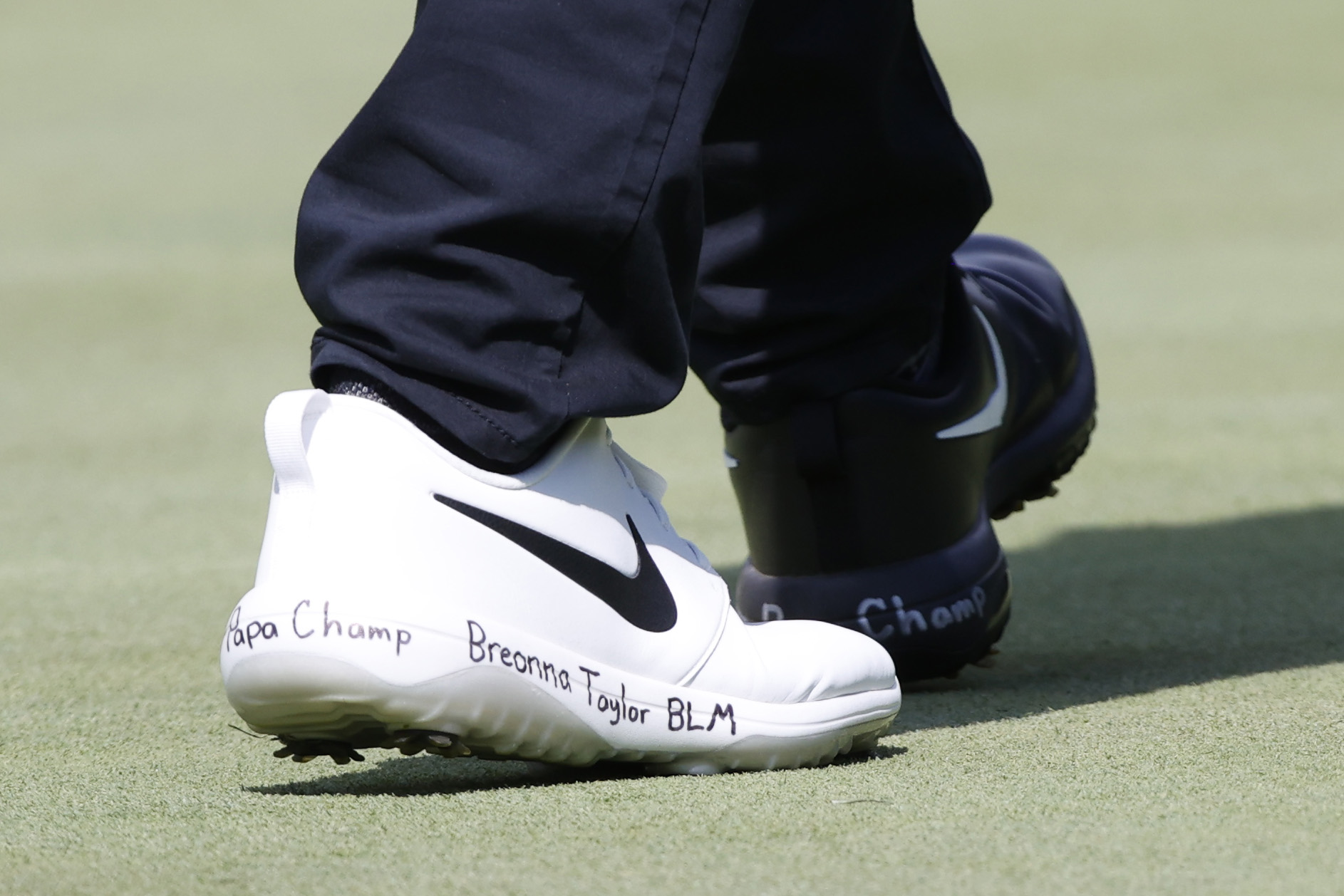 George Floyd’s tragic death on May 25 in Minneapolis while in police custody sparked worldwide outrage and protests. Cries of “Black Lives Matter” and “Say His Name” rang through the streets of the nation’s biggest cities and small towns as Americans of all races, genders, religions, sexual orientations and socioeconomic statuses called for justice.

Across the landscape of sports, athletes, teams and nearly all other sports leagues — college and professional — released statements addressing Floyd’s death and affirming Black lives do matter, participated in protests and supported Black athletes as protests began. The U.S. Golf Association issued a statement about racial and social injustice 10 days after Floyd’s death pledging to “use our voice, our position and our actions to inspire change within our society.”

On June 2, the USGA, LPGA and Symetra Tour participated in Blackout Tuesday, a trend designed to amplify Black voices on social media platforms as an act of solidarity with those protesting injustice. Eleven days after Floyd’s death, on June 5, the Tour released a recorded interview with Varner and commissioner Jay Mohanan discussing Floyd’s death, the lack of diversity on Tour and how the Tour planned to correct it.

The same day, Monahan sent a letter to Tour personnel writing that in the days after Floyd’s death, he spent time reflecting on the national protests stemming from “hardships and injustices that have and continue to impact the African-American community.” He also said while he was “struggling with what my role should be” in rectifying racial inequality and disparity in America, he was determined to find a way to make an impact.

“We might not know exactly what to do right now, but we shouldn’t be deterred,” Monahan wrote in the letter. “We should communicate and learn. We should talk to our family, friends and colleagues in an open and compassionate way. We should grow as individuals and as an organization. And, most importantly, we should demand better.”

Players with Black heritage on professional tours are few, but after Floyd’s death they began speaking and haven’t stopped. Champ, Stackhouse and Cheyenne Woods were the Black golf stars most vocal in publicly addressing cries for justice and equality.

In what will be remembered as one of the most impactful weeks of sports in 2020, and perhaps in history, the Milwaukee Bucks stood against police brutality and social injustice the week of Aug. 24 after the shooting of Jacob Blake in Kenosha, Wisconsin, by not participating in their playoff game inside the NBA Bubble in Orlando, Florida. When athletes from across the sports world stood in solidarity, Champ was among them. During the BMW Championship, the 25-year-old wrote “BLM,” “Jacob Blake” and “Breonna Taylor” on his shoes and spoke about racial disparity.

“People ignore it for so long. And then it gets to a point where it just blows up,” Champ told media. “This is just the tipping of the iceberg. Change needs to happen. I feel like it’s going in the right direction, but again, with all the stuff that’s going on, it has to end.”

Champ’s choice to participate in the history-making moment is notable, but he took his dedication to promote racial equality in his sport beyond the summer protests. His foundation donated $40,000 to create two scholarship funds for student-athletes on its men’s and women’s golf teams at Prairie View A&M University, an HBCU in Prairie View, Texas.

Champ said he was inspired by Augusta National’s announcement ahead of the November Masters to establish the Lee Elder scholarship at Paine College in Augusta, Georgia, and to fund the creation of a women’s golf team. It’s a step toward rectifying the club’s exclusionary past both racially and based on gender, but there’s still much work to do.

Hailey Borja, 19 and of Mexican heritage, has felt the pressure of being one of the only minorities in tournaments and golf tours when she started playing junior golf.

“I had two friends that were from Hispanic backgrounds and that was kind of like our only little clique,” the Michigan sophomore said. “Basically I’ve grown up with these girls and I’m still friends with them now but that’s why we’ve always stuck together was because we’re the only Hispanics on the tour. I’m sure there’s some more now. … As I got older I was able to meet more and now I’m more at ease but also I don’t look Mexican either so it’s kind of like not many people know that. I think it was almost like I felt the same as them because I look white.”

While thoughtful and creative on how to approach equality in golf, both on race and gender, these young golfers are the first to admit they don’t have definitive answers. But they do know optics matter.

Torpey applauded recent moves from Augusta National and Champ, but said more needs to be done for a sport that she feels has been exclusionary for most of its existence. And that will take time. But to get there, people of color and women need to be visible on the highest levels and be given the same treatment. The purpose is not only to inspire more women and minorities to see themselves in the sport, just like Stackhouse did for Torpey at Aronimink, but to prove that golf truly values players from all walks of life.

“I definitely felt like an outsider for a while and I still do but I just wish more people (of color) were able to get into the sport. … I wish I could be playing and see a lot more African American people out there with me,” Torpey said.

For more on the original articel visit:

Diversity in golf: Gen Z sees changes ahead for the future of golf