While dismissed cases from Republicans alleging election fraud continue to pile up, President Donald Trump’s legal team seems unfazed and focused on three states where they have active lawsuits.

Jenna Ellis, Senior Legal Advisor to the Trump 2020 Campaign, has said in interviews and on social media that the campaign is not responsible for every election lawsuit wending its way through a judicial docket. But three—in Pennsylvania, Michigan and Nevada—could still reach the Supreme Court, condensing what would otherwise be a years-long litigation process into a few short weeks.

A growing list of sworn affidavits charging voter fraud, combined with statistical abnormalities and software glitches in battleground states like Michigan, Georgia and Pennsylvania, have Republicans who remain behind Trump hoping for a decision in his favor even though Michigan officials certified former Vice President Joe Biden’s victory there on Monday.

The campaign has also pushed for recounts in Georgia and Wisconsin, asking for a new round of signature verification on mail-in ballots. And the Arizona Republican Party is awaiting a hearing to block certification of results in the state’s largest county.

If results aren’t certified in three or more contested states, their presidential electors can’t be seated. That outcome would leave Biden in the same boat as Trump: shy of the 270 certified Electoral Votes he needs to secure the White House.

Former Harvard Law School professor Alan Dershowitz told Zenger News that the Trump team’s strategy is to “keep Biden from getting to 270,” and that some of the president’s court challenges “could have legal legs” in the Supreme Court. 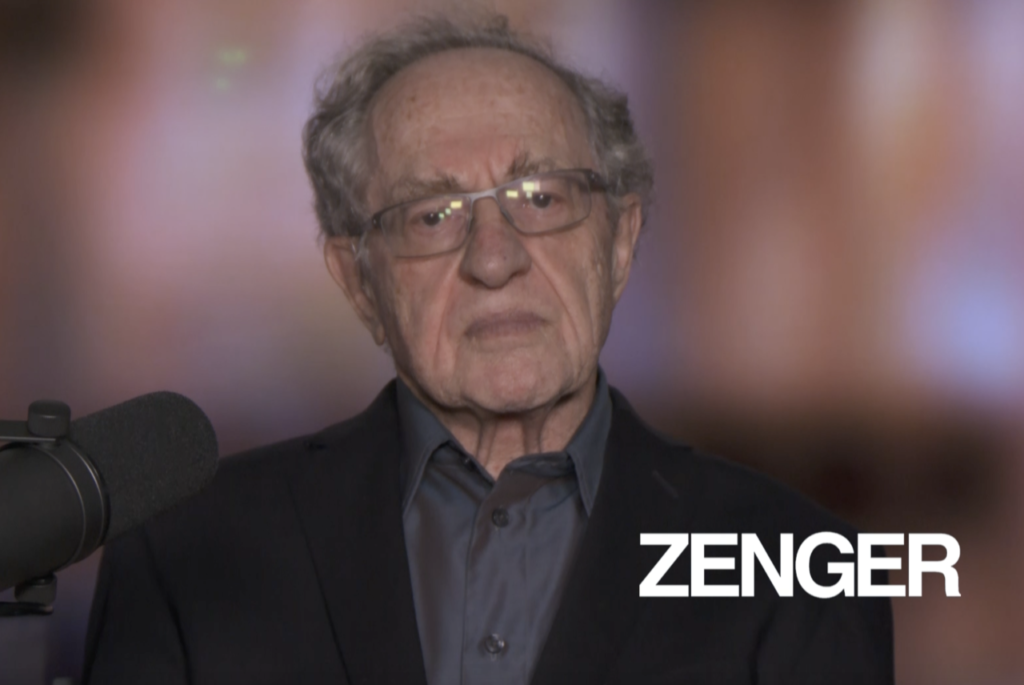 Alan Dershowitz interview with Zenger News, Nov. 21, 2020.Christos Makridis, a former Trump administration official now pursuing a Ph.D in economics, told Zenger News that “there are also some examples of outright fraud, including, for example, a social worker in Mexia, TX charged with 134 felony counts, an election supervisor in Traverse City, MI who told the workers to backdate ballots so that late ballots would look like they arrived on time, and Wisconsin clerks who altered absentee ballots.” Makridis has provided original statistical analysis to the Trump legal team.

Still, Democratic congressional leaders and even some Republicans, like Rep. Liz Cheney (R-WY) and Sens. Lisa Murkowski (R-AK), have criticized Trump for litigating instead of conceding.

Sen. Chris Coons (R-DE) said in a CNN interview that it’s “maddening” that Trump “is continuing to indulge himself in now a two-week temper tantrum.”

Here is the state of play in key states where Republicans believe the election is still not over:

The lawsuit claimed Philadelphia and six counties wrongly allowed voters to “cure” ballots that would otherwise have been disqualified, fixing problems like the lack of a secrecy envelope or signature. Trump campaign lawyers say that since voters in more than 60 other Pennsylvania counties didn’t have that option the state is guilty of violating their Constitutional rights to equal protection under the law,

That would take 20 Electoral College votes away from Biden by applying a remedy that the court characterized as “drastic.”

Trump’s legal team responded in a statement that they will seek expedited review by the U.S. Court of Appeals for the Third Circuit, and that they still aimed to “get expeditiously to the U.S. Supreme Court.”

Ellis tweeted Nov. 21 that the Pennsylvania case remains among the Trump campaign’s strongest.

The campaign also has evidence that designated Republican poll-watchers were kept out of ballot counting rooms: A now-viral video showed one man turned away from a polling station in Philadelphia’s Point Breeze neighborhood. Similar irregularities have been documented in other locations.

Trump’s campaign hoped to block the certification of election results in Michigan, alleging that election officials in Wayne County—which includes Detroit—refused to permit poll watchers to observe the conduct of election workers and the processing of ballots, and that some election officials changed the dates on some votes that were received late.

They argued that election officials counted ineligible ballots and ignored Republican challenges. While votes were processing, a video went viral showing windows at a counting station in Detroit boarded up, blocking poll watchers from observing the process. Defenders of the practice said it was done for the safety of the workers inside. That case, Trump v. Benson, was voluntarily withdrawn.

Two poll challengers filed another lawsuit (Johnson v. Benson) last week, asking to block Michigan’s election certification until an independent audit is completed to “ensure the accuracy and integrity of the election.” That case was withdrawn.

Meanwhile three black Detroit residents, with support from the NAACP Legal Defense Fund, are suing Trump and his campaign with the claim that the president’s accusations of election fraud amount to racially motivated voter suppression.

The president’s campaign sued in Nevada (Law v. Whitmer) asking a court to either nullify the state’s election results or set them aside and declare Trump the winner.

State law allows the court to declare winners in elections where evidence is presented in which a person other than the defendant, in this case Biden, received the most votes.

The campaign alleges illegal or improper votes were cast, that flawed signature verification machines were used to process signatures on mail-in ballots, and that manual verification of every signature should have been required.

Unique to Nevada is the allegation that several groups organized “voting drives” with “incentives”—including gift cards—to encourage members of Native American communities to vote. Federal law provides for up to two years in prison for anyone who “makes or offers to make an expenditure to any person, either to vote or withhold his vote, or to vote for or against any candidate.”

The case is still pending, but judges in Nevada and elsewhere have rejected similar arguments, making it likely that appeals courts will hear at least one case.

The Trump campaign filed a petition for a recount in the counties that contain Milwaukee and Madison, alleging that absentee ballots were illegally altered or issued, and that government officials violated state law.

A recount began Nov. 20 and must be completed by the state’s certification deadline on Dec. 1.

In Dane County, home to the state capital Madison, Trump campaign lawyers also asked the three-member board of canvassers to throw out absentee ballots that couldn’t be matched up with written ballot applications. That would invalidate more than 60,000 ballots cast during early in-person voting.

The campaign also asked for the rejection of all votes whose ballot envelope showed a witness’s mailing address manually added by an election clerk. The canvassing board denied that request.

The Trump campaign filed a petition on Nov. 21 for an “honest recount” in Georgia, saying in a statement that it “has to include signature matching and other vital safeguards,” and that if there is no signature matching the result would be “as phony as the initial vote count and recount.”

Wood pointed to a legal settlement signed this year that addresses accusations about a lack of statewide standards for judging signatures on absentee ballot envelopes.

Arizona Superior Court Judge John R. Hannah on Nov. 19 dismissed a case (Arizona Republican Party v. Fontes) in which Trump’s campaign and the Republican National Committee requested the manual inspection of ballots, in Phoenix, based on allegations that some votes were improperly rejected.

A separate lawsuit brought by voters alleged that poll workers had mishandled their ballots. That was dismissed without explanation by a Maricopa County judge on Nov. 20.