By Dr. Valerie Wardlaw – The Tampa Bay Buccaneers (13-4) advanced to the next round of post-season play defeating the Philadelphia Eagles (9-8), 31-15.  The Buccaneers defense ruled the day along with fine offensive play.  Tampa Bay scored three times to take a 17-0 lead before halftime.  Giovani Bernard scored on a 2-yard run and Ke’Shawn Vaughn with a 70-yard drive that put the Bucs up 14-0.  Bernard finished with 44 rushing yards on 13 carries and 39 receiving yards on five receptions and one touchdown.  Bucs kicker Ryan Succop nailed a 34-yard field goal extending the Bucs lead. 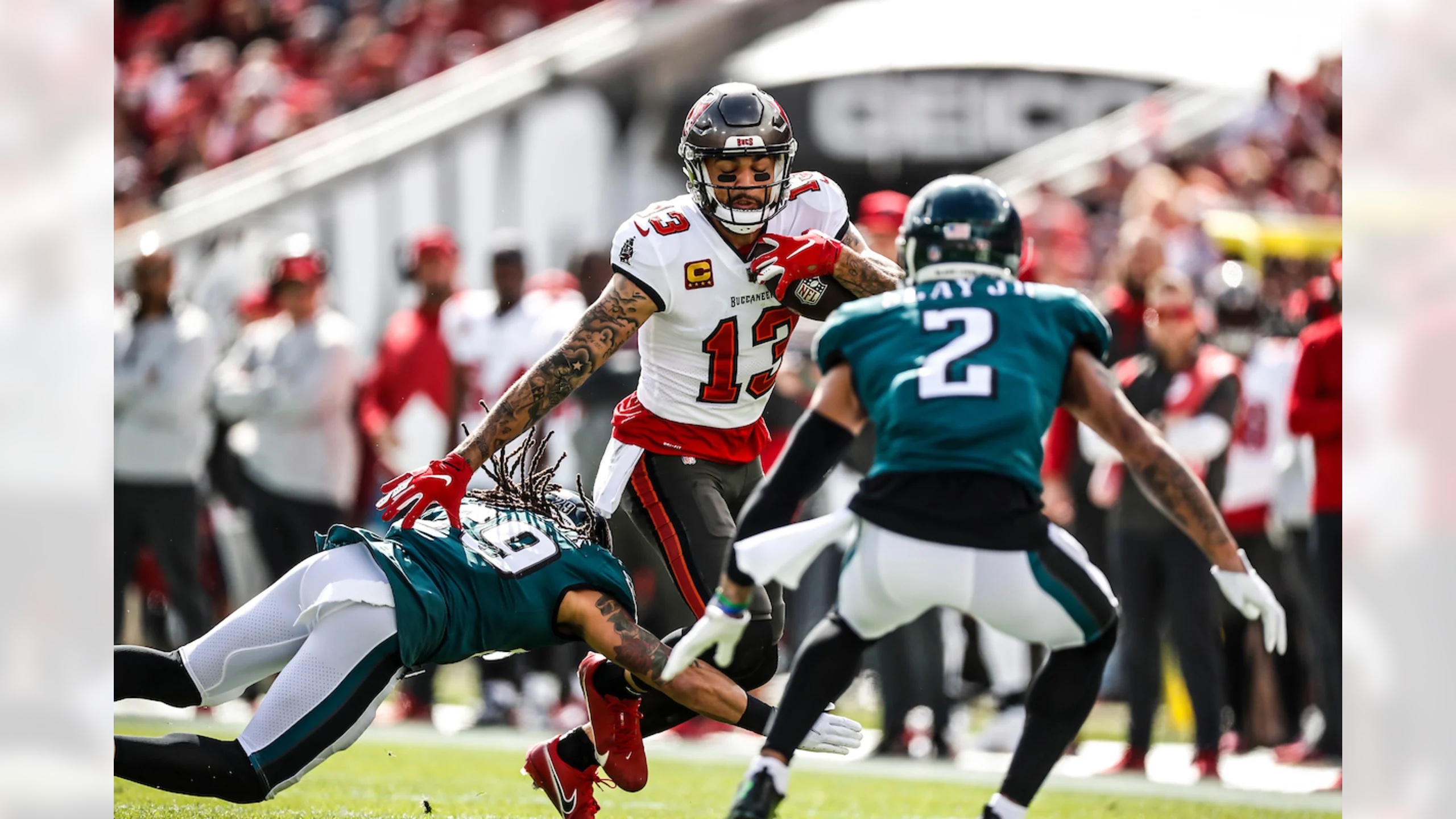 In second half play, Bucs quarterback Tom Brady threw a 2-yard pass to Rob Gronkowski and a 36-yard strike to receiver Mike Evans to put the Bucs up 31-0 in the third quarter.  Brady targeted Evens 10 times, completing nine of the passes for 117 yards.  Evans set a club franchise record for receptions in playoff games with nine catches.  When asked about the play of his teammate – Evans, “What makes him so impressive is his consistency.  He’s super selfless and one of the best teammates out there.  He steps up in the biggest moments.  He’s a Buccaneer legend,” said Gronkowski.  Evans needs 55 yards to pass Keyshawn Johnson for most postseason receiving yards.  Buccaneers are still without the services of running backs Leonard Fournette and Ronald Jones II.

The Buccaneer defensive play ruled the day.  Bucs fans rejoiced at the return of defensive players Lavonte David, Shaquil Barrett and Jason Pierre-Paulhe .  The defense forced three turnovers and picked off Eagles quarterback Jalen Hurt two times.  Hurt completed 23 of 43 for 258 yards with a touchdown and two interceptions.  The Eagles did not score their first touchdown until the fourth quarter on a 34-yard run by Boston Scott.  Hurt finished the fourth quarter with a 16-yard touchdown pass to Kenneth Gainwell.

The Buccaneers will host an NFC divisional game next Sunday against the winner of the Monday night Cardinals-Rams game.