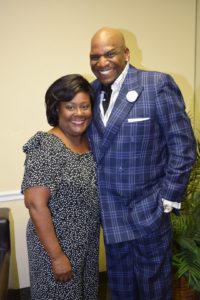 Last week, The Comedy Zone was filled to capacity as fans of comedian and actor Don DC Curry filled the club.  The veteran comedian is not new to Jacksonville and has continued to entertain with his unique and humorous take on all aspects of life.

Curry has been on the comedic and movie scene since 1998. He is best known for starring as Craig’s sex-crazed Uncle Elroy Jones in Next Friday and Friday After Next and for his role on the sitcom Grace Under Fire.

Curry perfomred for three sold out nights, spewing jokes about Trump, his daughters, actors and tales on the road with his fellow colleagues.