NNPA Newswire — By Stacy M. Brown – In a live interview with the National Newspaper Publishers Association’s “Let It Be Known” breaking news morning show, and fresh off the historic second impeachment of President Donald Trump, the veteran representative cautioned the audience about settling only for an administration change

Texas Democratic Congressman Al Green has called on President-elect Joe Biden to institute a Department of Reconciliation to eliminate racism and invidious discrimination from American life.

In a live interview with the National Newspaper Publishers Association’s “Let It Be Known” breaking news morning show, and fresh off the historic second impeachment of President Donald Trump, the veteran representative cautioned the audience about settling only for an administration change.

“We cannot become so enthralled with the victory that we don’t do everything that we can to reap the rewards that the victory should accord,” Congressman Green explained.

“We have to stay focused and demand certain things. A Department of Reconciliation is something that I have already put in writing and sent to Mr. Biden. I think that we must, every day, continue to make it clear that we cannot allow racism, anti-Semitism, and all of this hate to slip to the back burner.”

Green said the NNPA, the trade association of more than 230 African American-owned newspapers and media companies, is the source of truth.

The eight-term Congressman who serves on the Financial Services Committee and Homeland Security earned his Juris Doctorate in 1973 from the Thurgood Marshall School of Law at Texas Southern University.

“He started weaponizing his hate when he came down the escalator announcing his run for President of the United States,” Green asserted. 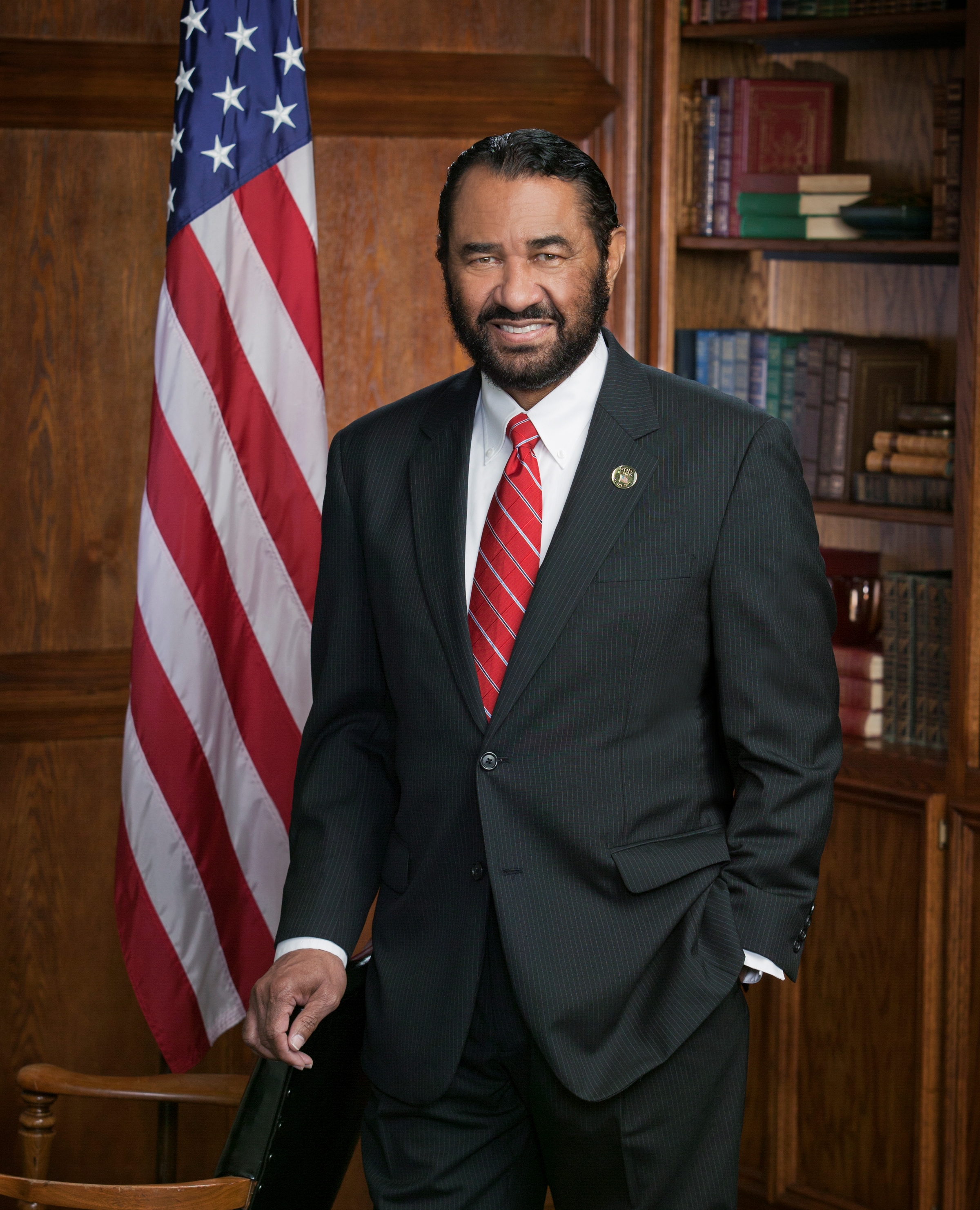 anuary 2020, Congress impeached Trump on charges of obstruction of Congress, and abuse of power.

This week, lawmakers voted overwhelmingly to impeach the President for inciting an insurrection at the U.S. Capitol that resulted in the death of two police officers and four civilians.

During the 30-minute interview, Congressman Green recounted how Trump disparaged Congresswoman Maxine Waters (D-Calif.) and Frederica Wilson (D-Fla.), as well as other women of color.

He noted Trump’s reference to some African nations as s-hole countries and the separation of children from their families at the Southern U.S. border.

“The most egregious act of this President is his weaponizing hate, galvanizing it, organizing it, and mobilizing it,” Congressman Green expressed.

“That’s how we reached our apex on January 6. What gave him the authority to further weaponize hate is when he fired [Former FBI Director] James Comey, and we refused to impeach him.”

“He realized then that there were no guardrails, and from that point forward, he could do pretty much whatever he wanted. If you have no one to investigate you, well then, you can do what you want, and that is what he did.

“When the [violence] took place in Charlottesville, Virginia, he said those were fine people among them.  He dastardly demeaned Congress members, and he took babies from the parents who were never reunited with their families.

“We [Democrats] tried to stop him. The effort was there, but unfortunately, we did not act, and that inaction is something that, when we look back upon and draw a conclusion, is not going to be kind. We had an opportunity, and we didn’t take advantage of it.”

Congressman Green said the insurrectionists’ actions at the U.S. Capitol, which included some law enforcement officers, only makes more urgent his recommendation for a Department of Reconciliation.

The Congressman suggested that a Department of Reconciliation contain a Secretary and a budget of at least 10 percent of the Department of Defense’s budget.

“As I have learned that one of Houston’s police officers may have been involved in this violent uprising and that he will likely face federal charges, I stress the importance of a continued, thorough FBI investigation to uncover each individual who may have contributed to this treasonous act,” Congressman Green voiced.

“No one should be allowed to return to their home states and towns and simply assume their lives as usual, without penalty if they participated in this insurrection. Those who breached the security of our nation’s Capitol – including police officers – must be punished according to the full letter of the law.”

Two Virginia state troopers were also arrested for their role in the insurrection and some ex-military members.

Congressman Green said that law enforcement officers’ participation in the riot also forced him to reflect on the many issues between the police and communities of color.

“We have to weed out people like the police officers who participated,” Green demanded.

“Imagine if the officer stopped me one night. What could be the consequences? He tells the story. I will not be there to tell it. This is the kind of thing that can happen to [people of color].

“We cannot prove that the person had a preconceived notion as to who we are by virtue of how we look. We have to make sure our police departments are purged of people like this, and we have to understand that those who break the law can’t do it under the law with impunity.”