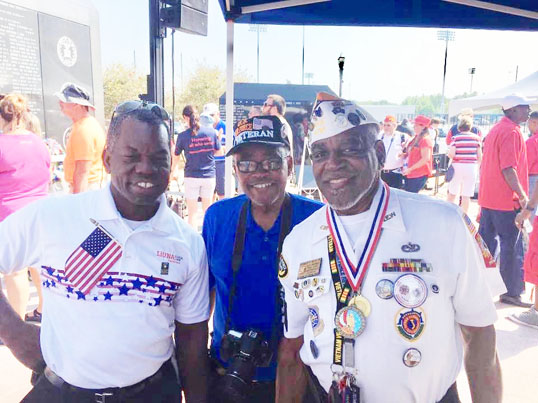 Hundreds gathers early Memorial Day morning for a remembrance ceremony in front of Jacksonville’s Veterans Memorial Wall as four more names were added to the nearly 1,700 already etched into the granite.

A wreath was laid in honor of fallen veterans, and Jacksonville’s surviving World War II veterans were also recognized for their service.

“The names behind me and many of you with us today in the audience who served and sacrificed and guaranteed the freedom that we enjoy,” Jacksonville City Council President Aaron Bowman told the crowd.

The names of Lt. Christopher Reed, Maj. Gen. James Randolph, Sgt. Brittney (Mitchell) Silver and George Woods were called out as the four additional names on the wall this year.

Jacksonville has the largest memorial wall outside of Washington D.C., and the only one that honor veterans from all six beaches of the military: Army, Navy, marines, Air Force, Coast Guard and Merchant Marine.