BAHARIYA OASIS, Egypt — A French-Norwegian archeological team has unearthed an ancient Christian site in the Sahara Desert, revealing the ‘monastic life’ of the region that dates to the fifth century AD.

The team discovered 19 buildings and a church with biblical passages and religious inscriptions. 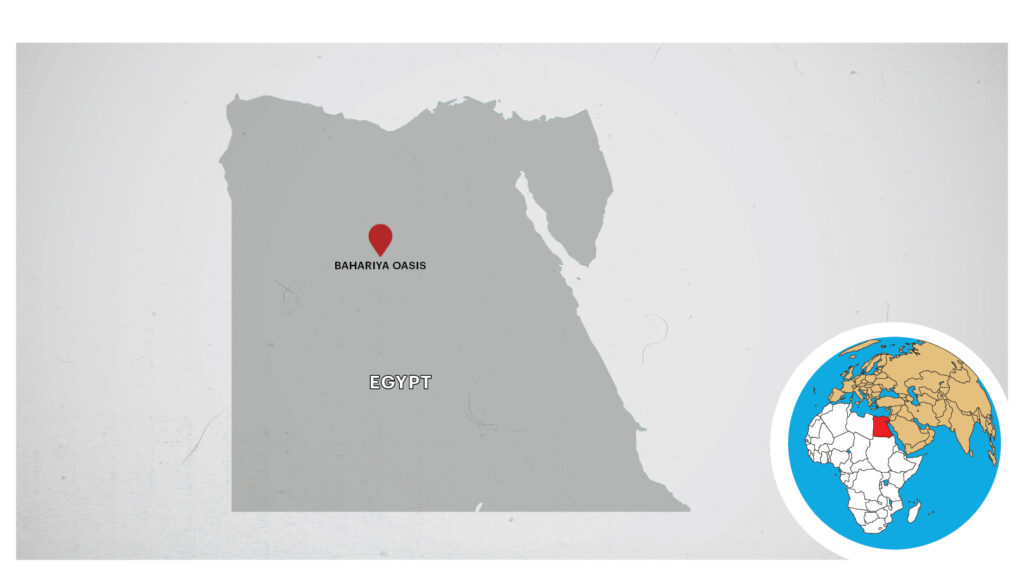 “The complex was made up of six sectors containing the ruins of three churches and monks’ quarters. Several buildings made of basalt, others carved into the bedrock and some made of mud bricks,” said Egypt’s antiquities ministry.

The site shows the church walls decorated with biblical passages in Greek and other ‘religious inscriptions.’ The walls bear graffiti and symbols with Coptic connotations. It reveals that monks were in the region as early as the fifth century AD and helped better understand the development of buildings and the first monastic communities’ formation.

“The Christian site is believed to have been occupied between the fourth and eighth centuries, probably peaking around the fifth and sixth centuries AD. Earlier digs in 2009 and 2013 showed that settlers knew about the production and preservation of wine as well as the farming of animals,” said the French Institute of Oriental Archaeology (IFAO), who oversees the mission.

Excavation has revealed that the first sector of the six regions is a church, a restaurant (dining hall), fryers for the residence of monks, and several rooms, in addition to many pieces of ostraca, which are slices of pottery bearing Greek writings dating back to fifth and sixth centuries AD.

“The importance of this discovery is due to reaching the planning of buildings and understanding the formation of the first monastic congregations in Egypt of this region. The results are crystal clear. Not only do we have a wealth of evidence that all six parts of the monastery date from the 4th century,” said Dr. Victor Ghica, head of the mission.

“There were well-established monastic societies at the very edge of Roman Empire, which is extremely early. This is something we have not been aware of before.”

Other than this discovery, two further archeologic excavations took place in February. One of them revealed a 5,000-year-old high-production brewery was found in the south of the country. Another shows an Egyptian-Dominican archeological team based near Alexandria reported that they unearthed 2,000-year-old mummies with gold-tongued amulets.

In January, experts found ancient artifacts at the Saqqara burial ground near Cairo with 3,000-year-old sarcophagi.