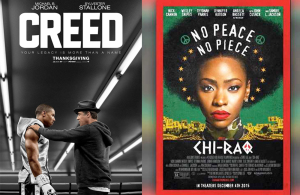 “Chi-raq,” Spike Lee’s riveting and comic spin on Chicago’s dangerous neighborhoods, was among several Black films that were passed up for Oscar nominations for the 88th Academy Awards, which will be televised live on ABC on February 28.

The Academy made the announcement this morning in Los Angeles.

The Oscar nominations were similar to last year’s, where no Blacks were nominated to compete for the entertainment industry’s highest honor. The lack of diversity has drawn heavy criticism in Hollywood, which has been accused of providing fewer roles and opportunities for Black actors and filmmakers.

Black actors and filmmakers also failed to earn Golden Globe nominations this year. “Empire” star Taraji Henson won a Best Actress award for the hip hop drama, but that was in the television category.

The only Black film to receive an Oscar nomination this year is “Straight Out of Compton,” for Best Original Screenplay, a relatively minor category in the Oscar race. The box office hit sequel in the “Rocky” film franchise, “Creed,”produced one Oscar nomination for Sylvester Stallone, who earned a nod for Best Supporting Actor.

The movie’s main actor, Michael B. Jordan, did not receive any nominations, despite his critically acclaimed performance as the son of a prominent dead boxer, who tries to establish an identity for himself in the sport.

Along with “Chi-raq,” other Black movies that failed to get any Oscar nominations include Will Smith’s “Concussion,” and “War Room.”