PUNE, India — “I fell in love with the sport after seeing boxers such as Sugar Ray [Leonard], Mary Kom, and Manny Pacquiao,” Hatdeiphal Manlun, a 15-year-old from Kohima in India’s northeastern state of Nagaland, told Zenger News.

“My main aim of life is to become a World Champion someday.” Manlun decided to join the Mary Kom Regional Boxing Foundation in 2020 after looking at the facilities they provide.

Sports training in India is monopolized by the government and isn’t working. In over 120 years, India has managed to get only 28 Olympic medals. For such a large population, Abhinav Bindra is the only Indian to have won gold in a single-event category at the Olympics in 2008. Of the total nine golds, India’s hockey team got the other eight — the last one in 1980.

Kom’s academy aims to prepare male and female boxers who can better this record in the time to come. She herself will strap on her boxing gloves — her last time for the Olympics — looking for that elusive gold medal. 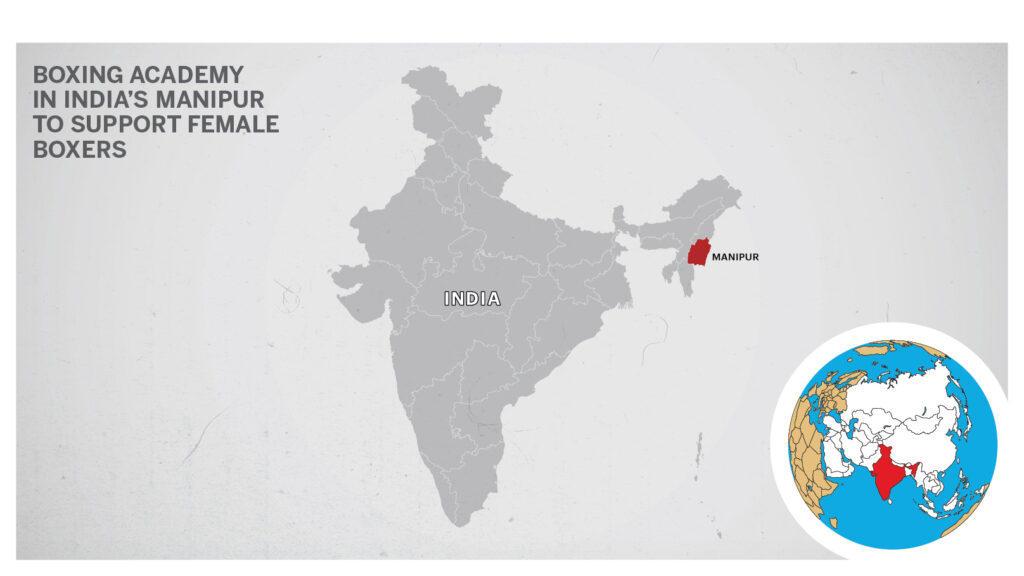 Manlun said the academy helps them maintain the proper diet needed for swift body movements inside a boxing ring.

“There are regular training sessions that I attend,” said Manlun told Zenger News. “There are practice sessions two times a day. In the morning, we mostly do physical training, while the evening slot is for mental training and guidance.”

Hailing from the adjoining state of Manipur, 18-year-old N. Bidyapati Devi wants to bag a gold medal in boxing at the Olympics.

“I attend academic classes at college during the day, which the academy provides,” said Devi. “After training personally for some years, I convinced my parents for a trial run at the Mary Kom Regional Boxing Foundation.”

“Since my selection, I live here and train very hard. I am lucky to train under the most successful boxer in India. It makes me strive to become like our ma’am (Kom).”

Manlun and Devi are among the six women from Kom’s training academy whose dreams have got fueled recently.

Through this partnership, Dream Sports Foundation, an arm of Dream Sports, will facilitate training and provide educational and financial assistance to these boxers for a year.

“In the past few years, we are witnessing a surge in exceptional sporting talent from across India in various sports,” Kiran Vivekananda, chief policy officer, and head, corporate social responsibility at Dream Sports, said in a statement.

“Boxing, too, is seeing great success in India, and there is scope to make it more accessible to more aspiring youths.”

Vivekananda said with their vision to “Make Sports Better”, they are looking to provide all or any support to young athletes to help them excel in their field of sport and make the nation proud just like Kom.

While she is a household name today, her journey was similar to the likes of boxing legends such as Muhammad Ali or Teófilo Stevenson.

Born to tenant farmers in India’s northeastern state of Manipur, Kom faced opposition from her family and the entire Kom community when she decided to take up the sport as a profession. Lined with hurdles, it took a while for Kom to reach the pedestal of boxing. But once she attained the summit, there was no looking back.

She became the first Indian female boxer to qualify for the Olympics (London 2012), where she won the bronze medal in the flyweight (51 kg) category. She followed this up with a gold medal in the 2014 Asian Games in South Korea and the 2018 Commonwealth Games in Australia.

For a long time, Kom bore the expenses herself while gradually getting help from trustees, the local government, and the business community.

In 2015, the foundation’s name was changed to Mary Kom-SAI Boxing Academy under the Sports Authority of India’s extension scheme. The scheme seeks to promote sports and develop sporting standards in schools and colleges that have requisite basic infrastructure and has shown good results in sports.

“The foundation has recently approached business organizations and funding Institutions for support to aid in setting up infrastructure,” the website states.

After the partnership with Dream Sports, Kom said: “Dream Sports Foundation has done some exceptional work through its young athlete development program.” She said she was sure the partnership will support budding athletes in boxing to “achieve their true potential and realize their goals.”

Dream Sports is just one of the businesses lining up with help — in hopes the academy will help India get more boxing medals. The foundation’s website lists more than 30 corporate donors. The promotion of sports in India is recognized as a corporate social responsibility activity since 2014.

This gesture made Kom inspire her students even more. She told them of her hardships and that she wasn’t “fortunate enough” when she started her career as such facilities were non-existent where she lived. “You need to make the best use of this,” she said.

Manipur’s Devi is one of the many fledgling talents that drew inspiration from Kom. “I started boxing in 2013. I was 10 or 11 years old then,” Bidyapati told Zener News.

“Before that, I played Thang-ta (an Indian martial art from Manipur) at home. For the first time after I saw ma’am (Kom) playing on the podium, I instantly liked the sport. Since it is not a team game and an individual sport, I choose to box over other sports.”

Bidyapati comes from Phaknung Awing Leikai, Manipur, a place where boxing or sports are no longer taboo, particularly for girls.