MUMBAI, India — Bollywood is split over the decision of the Indian government to regulate content on streaming platforms such as Netflix, Amazon, Disney, and others. While some film personalities have claimed that these rules — which also extend to social media platforms such as Facebook and Twitter — would interfere with artistic freedom, others believe such control was long due.

India is the world’s fastest-growing market for streaming platforms, also known as over-the-top or OTT service providers, according to a recent report by PwC. With an annual growth rate of 28.6 percent, it is expected to become the sixth-largest market by 2024, ahead of South Korea, Germany, and Australia.

There were about 40 OTT platforms in India in 2020, most of them in regional languages, according to another report by the National Association of Software and Service Companies. By 2023, the market size will be $5 billion, a Boston Consulting Group report predicts. 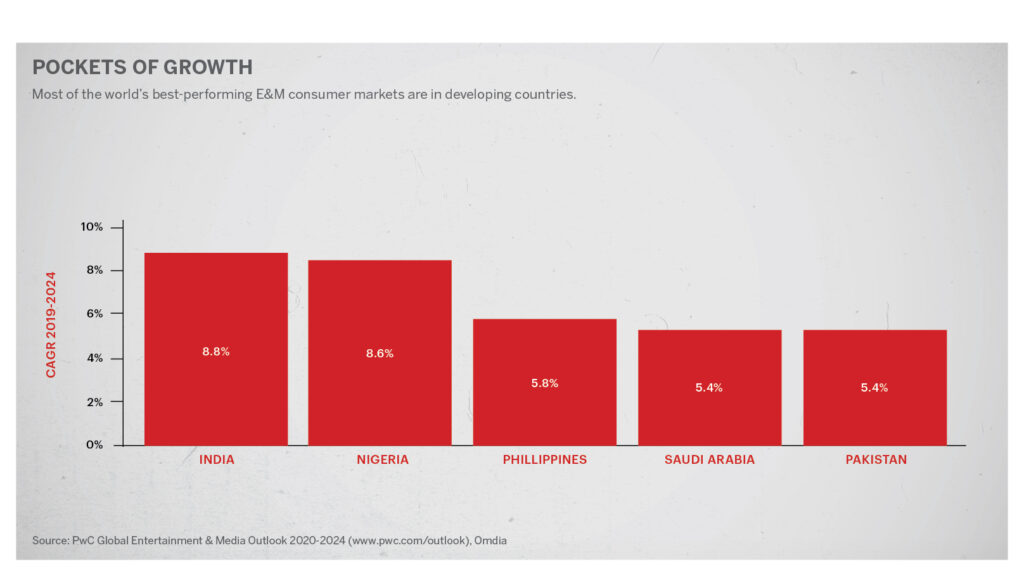 But content streamed on these platforms, which were unregulated till now, had ruffled feathers in various sections of Indian society. There have been calls for bans and boycotts of popular shows such as action drama “Mirzapur” (Amazon Prime) and “Sacred Games” (Netflix).

Another political drama “Tandav”, which was released on Amazon Prime in January, was slammed for hurting the religious sentiments of Hindus and police complaints were lodged against its makers and actors.

On the same day that the government released the rules, the high court in the northern city of Allahabad rejected the bail plea of Amazon Prime Video’s India Originals head Aparna Purohit, who has also been booked in some cases.

Ali Abbas Zafar, the director of “Tavdav”, however, welcomed the new rules.

Not everyone in the industry, however, agreed with him.

“The very idea of social media and the brave new world of OTT platforms is compromised. With the State stepping in, demanding to play a regulatory role,” producer Pritish Nandy tweeted on Feb. 26, tagging Prime Minister Narendra Modi.

“I am ready to give it [the rules] a try, but the truth is a non-regulatory environment is always better for creative work,” Nandy told Zenger News. “If India wants to truly give its creative spirit an opportunity, it must deal with regulations with a light touch. It must not allow any and every complaint to shackle the creativity of our films and originals.”

The Indian Constitution lists freedom of speech and expression as one of the six freedoms it guarantees. But Article 19(2) of the Constitution also imposes “reasonable restrictions on the exercise of the right”.

At a press conference in New Delhi on Feb. 25, India’s Minister for Electronics and Information Technology Ravi Shankar Prasad also referred to this provision. “We are supportive of freedom, criticism, and dissent, but these new rules address misuse and abuse of social media,” he tweeted later.

Nandy, however, is not satisfied with this.

“We have seen how censorship works,” he said. “We are worried that the laws will be whimsically and unjustly implemented by those who will want to exercise authority. Today, Indian content makers are vying with the best in the world. We got an Emmy nomination last year. To compete successfully, we must enjoy the same freedoms that they do.”

Netflix’s “Delhi Crime” became the first Indian web series to get an Emmy in 2020. “Four More Shots Please!”, which was also nominated in the “Best Comedy Series” category, was produced by Nandy’s company.

Film director Onir also criticized the new regulations. “The death of Cinema and Good content,” he tweeted. “Stab the artist and keep everyone happy. The worst that democracy can do to an artist is this regulation of OTT.”

The censorship of films in India goes back to the pre-Independence era when the British government was eager to control political messaging in films and passed the Cinematograph Act in 1918. While this law was scrapped after India’s independence in 1947, a new Cinematograph Act was passed in 1952, establishing a Central Board of Film Censors. It was renamed the Central Board of Film Certification (CBFC) in 1983.

Every film must get a certificate for exhibition from this statutory body, which reports to the Ministry of Information and Broadcasting.

The most blatant use of censorship was during the Emergency (1975-1977), when then prime minister Indira Gandhi suspended media freedom, arrested opposition leaders, and ruled by decree. Films such as “Aandhi”, “Kissa Kursi Ka”, and “Nasbandi” were banned outright.

Even after the Emergency was repealed, the CBFC continued to demand cuts from filmmakers — both Indian and international.

Shekhar Kapur-directed “Bandit Queen” (1994) and Deepa Mehta’s critically acclaimed “Fire” (1996) were initially denied certification as they were considered prurient. “Spectre”, the 2015 James Bond film, had to cut out 22 seconds of an onscreen kiss.

In recent years, non-government actors have also taken offense against films. The 2014 Hindi science fiction film “PK” got into trouble with Hindu groups for allegedly offending their religion, as did last year’s Netflix adaption of Vikram Seth’s epic “A Suitable Boy” for a kiss between a Hindu female character and a Muslim male one.

Current CBFC head Prasoon Joshi, who is also a lyricist and writer, has come out in support of new rules.

“Measures taken for a level-playing field and empowering consumers would provide clarity for content creators of emerging platforms,” he tweeted on Feb. 25. “Responsible and accountable mechanisms will only bring in more quality and maturity in a commercial creative industry.”

Others who have supported the new rules are producers Vikram Bhatt and Ekta Kapoor. The latter has her own OTT platform, Alt Balaji.

“Heartening to see the new guidelines that provide a level playing field for digital news media and OTT platforms,” she tweeted on Feb. 25.

“The government isn’t saying: ‘Do not make this’,” Bhatt told Zenger News. “All they’re saying is, whatever you make, there should be enough information out there for the viewers to know what kind of show they’re watching.”

“With internal redress, the government is asking us to handle our problems and not bring it to them,” he said. “There is no cause of concern as there’s no censorship.”

Bhatt suggested that the CBFC should also function similarly. “If we can do this on OTT, why can’t we do this for films?” he said.

India’s Information and Broadcasting Minister Prakash Javadekar at a press conference on Feb. 26 said the government had previously asked the OTT platforms to come up with rules for self-regulation but to no avail.

“After the first meeting with OTT platforms, they didn’t come up with anything,” he said. “After the second meeting, and after waiting for six months, we decided to have an institutional mechanism. We have the CBFC for films and the program code for television. The same program code will be followed for OTT platforms. We are not bringing censorship to films on OTT.”