A Black man from Galveston, Texas, is suing the Galveston Police Department after enduring inhumane treatment. 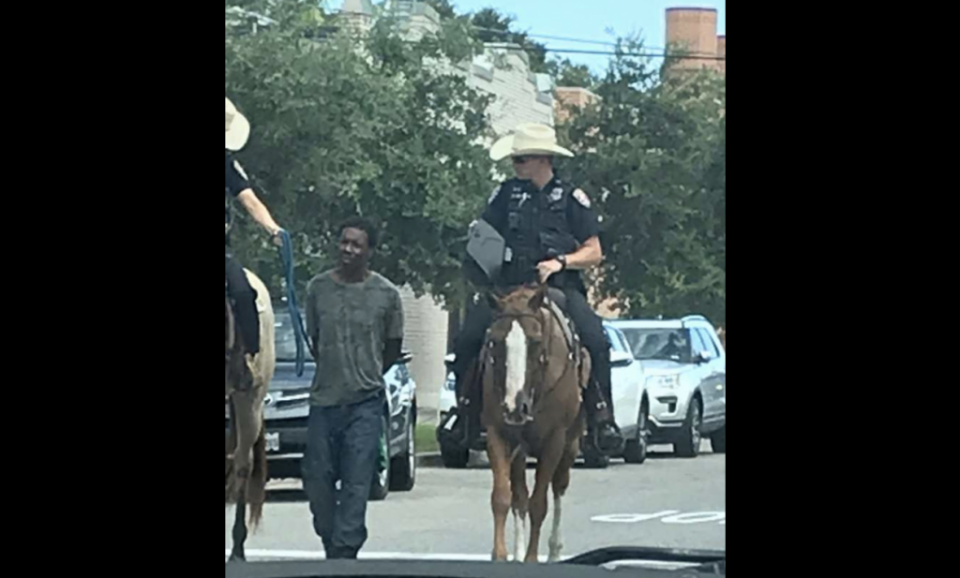 Donald Neely, 44, who suffers from mental health issues, filed a lawsuit for $1 million against the department after officers on horseback pulled him down the street by a rope, according to the Houston Chronicle.

Neely’s lawsuit states that the two cops “knew or should have believed that Neely — being a Black man — being led with a rope and by mounted officers down a city street as though he was a slave, would find this contact offensive.”

In early August 2019, Galveston police officers Patrick Brosch and Amanda Smith arrested Neely for allegedly trespassing. Because they did not have a vehicle, the officers claimed they used a rope to drag Neely because that was the best practice. However, the officers faced backlash after a photo of the incident eventually went viral.

Civil rights attorney Benjamin Crump blasted the police department for its treatment of Neely. “When they drag Donald Neely down the road by horses and rope, it was like they were dragging our entire community down the road,” Crump said in a statement. “This is not 1819. This is 2019. And that image projected back to 1819, as if those were the fugitive slave hunters, and that Donald Neely was a slave being … with horse and rope brought down the street.”

The Galveston Police Department eventually apologized, but the damage was already done. Crump and other community leaders called for the police department to release bodycam footage of the incident. The department has yet to release that footage.

A separate county investigation continues, but it will only examine the Galveston Police Department’s policies, training and practices and make recommendations for changes that should be enacted.

City officials in Galveston called for a third-party investigation into the incident.

Galveston’s District Attorney’s Office determined that there was not enough evidence to charge Brosch and Smith.

For more on the original article visit: https://rollingout.com/2020/10/12/black-man-sues-for-1m-after-cops-on-horseback-pulled-him-by-rope/