#NNPA BLACKPRESS –  By Alma Gill (NNPA Newswire Contributor)— Me and my husband have completely ended our marriage, but we still live together as a family. It’s not because of the corona. We have been not getting along all along. He is no help around the house or with the kids. I have asked him several times to leave, but he will not. He said we can be separated in the same house. I don’t know what to do, but I know I don’t want to keep living like this. What do you suggest I do?

Me and my husband have completely ended our marriage, but we still live together as a family. It’s not because of the corona. We have been not getting along all along. He is no help around the house or with the kids. I have asked him several times to leave, but he will not. He said we can be separated in the same house.

I think I should stay in the house because we have kids and they should not have to move. He said the house is big enough for all of us to live here and he can still be around his kids.

He said it saves money and we can have more money for the kids.

We are staying in separate rooms. He is basically in the basement and the kids and me are in the rest of the house. The basement has his mancave, a bathroom and bedroom.

I don’t go to the basement much, just to wash clothes.

To me everything is the same, it’s just that we don’t talk or have sex. I still cook and clean the house and wash clothes and shop for the kids and everything. We don’t eat together as a family, sometimes he or I will eat with the kids, but not at the same time.

That really makes me sad. I was thinking I should stop doing things for him. Like leaving his clothes washed, folded and in the basket on his bed. And maybe I can stop cooking for him too, but it’s just easier to cook and wash for everyone.

I don’t know what to do, but I know I don’t want to keep living like this. What do you suggest I do? 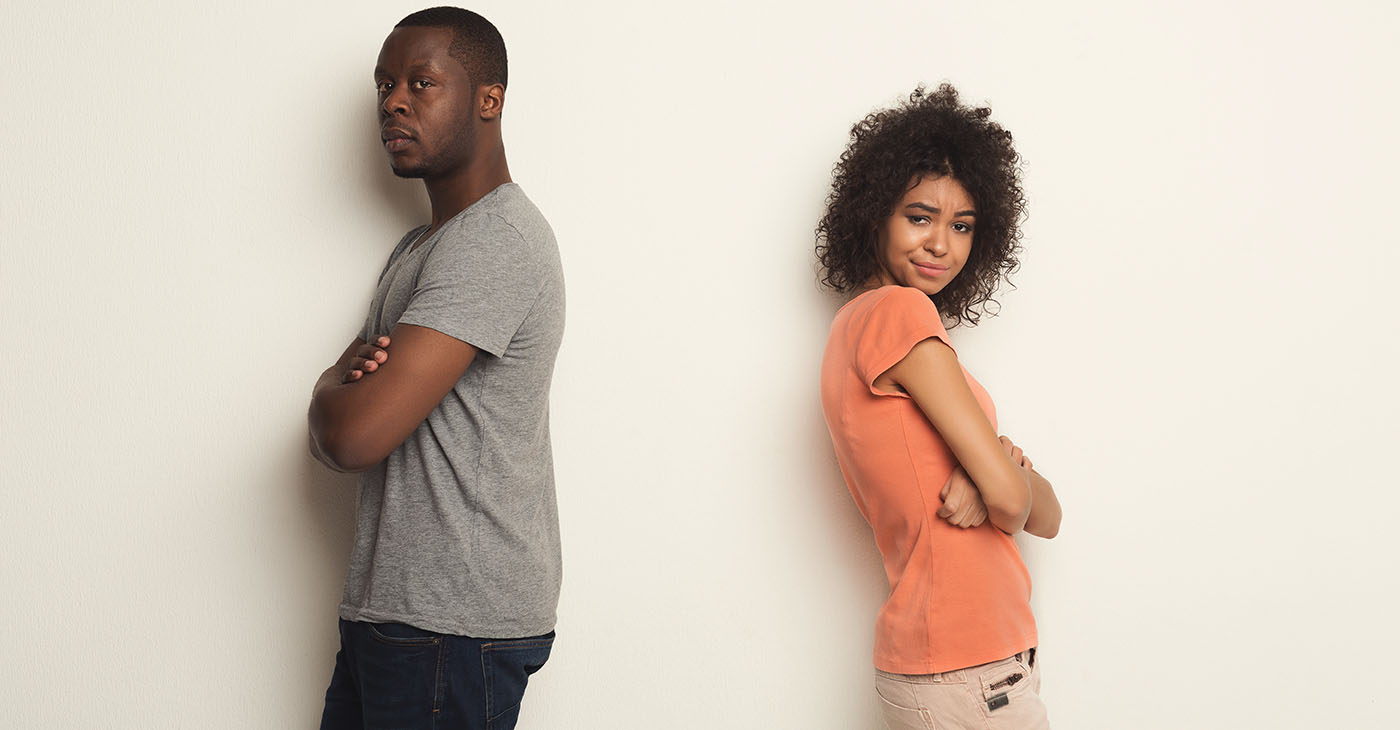 Chica, here’s what I see from where I’m sitting, your marriage isn’t over, you’ve just turned off the love light. Umhm, just one thing though — someone’s forgot to click the switch off!

You’re still living in the same house (separate rooms mind you, but the same dwelling).

You’re still doing the cooking, cleaning and leaving his clean clothes in the basket on the bed — those are your words, not mine.

Those are the actions of a woman who is either in a relationship or occupying the position of hired help. House-manager or nanny comes to mind.

Which one are you?

You don’t want to leave and neither does he, for whatever reasons. That’s for you to do some deep diving in your pool of disarray to find the answers. We never stay where we are unwelcomed unless we have feeling for a person.

Chile, lemme tell you, when you’re done, you’re done. And when you’re really done, someone leaves. If you have to, you’ll grab your kids, minimal belongs and head to a one-room shack, planning to decorate from the Dollar General. Because what I do know for sure is, peace of mind is priceless.

There are so many dynamics to this situation that you didn’t touch on. I still have questions, inquiries, vast holes that will not even allow me to touch the surface. First things first: Your kids. Don’t use them as an excuse.

Children, especially teens, can see what’s happening and they’re probably wondering why you’re choosing to live in the land of pretend.

I get the feeling you don’t wanna go, he has no reason to go, and you’re looking for an answer outside that can only be answered from the inside. I know, I gave you all that in one scoop. Please don’t take it lightly, it was not meant to hurt your feelings.

Clearly you don’t want your family life to end, and that’s ok. I’m sure that’s why you have the energy to go on and manage your home without missing a beat.

Take the first step in the right direction and make an appointment to see your minister, priest, or a marriage counselor. Go alone and talk it out.

Note: I didn’t say girlfriend, BFF or SIL. This is not that kinda party. This is a private matter that you need to reconcile with respect.

When the time is right, invite your husband to join the counseling sessions. Give him an ultimatum: You join, or you leave the house.

He’s invited to fight for the marriage, but you’re no longer faking it. If he decides to leave, get a lawyer.

Time is short and your kids deserved better than to see their parents existing as roommates and not the loving couple they deserve to observe.

Remember, you and your husband are setting an example of what a relationship should be for your children. It’s your job to make sure they see you both in a positive light. Kids don’t behave based on what you say, they mimic what you do.