By D’Ann Lawrence White Patch.com – Researchers with the University of South Florida have released results from a statewide survey that measures attitudes and opinions regarding the 2020 presidential election and the current political climate. Key findings include: 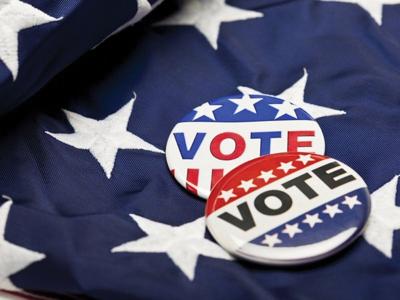 The election is expected to have significant impacts. A plurality of respondents (45%) believe their household finances will be “significantly impacted by the outcome of the presidential election,” while nearly a two-thirds majority (64%) say the same about the coronavirus pandemic. Democrats are more likely than Republicans to believe that the outcome will affect the coronavirus pandemic, though majorities in both parties believe that it will (75% and 53%, respectively).

Big move toward absentee voting. A plurality of respondents (43%) indicated that they would vote “by mail-in or absentee ballot,” while one-third (34%) said they would vote “in person on Election Day.” (By way of comparison, according to Florida Secretary of State data, in 2016 only 28.7% of general election voters cast ballots by mail.) Others plan on voting “in person at an early-voting location” (23%). Based on the responses, Democrats are significantly more likely to vote by mail/absentee ballot and Republicans are significantly more likely to vote in person on Election Day.

Significant concerns over foreign interference. Two-thirds of respondents indicated that they are either “very concerned” (27%) or “somewhat concerned” (40%) about the possibility of “foreign governments interfering in the 2020 presidential election.”

Some small concerns over fairness. A majority of Floridians are at least “somewhat confident” (49%) that “the 2020 election will be conducted fairly,” though only 23% indicated that they are “very confident” of this, while just under a third (29%) were either “Not Very Confident” or “Not at All Confident.”

For more on the original article visit https://www.miamitimesonline.com/news/80-of-floridians-worried-about-election-outcome/article_e6c9e3f2-1927-11eb-b70d-7b2dc7bc2b1e.html