By Jori Epstein – Emmanuel Acho was too nervous to eat breakfast Sunday. For four days, the former NFL linebacker had carefully crafted his next step.

“My white brothers and sisters,” he implored via social media May 26, one day after George Floyd died while in the custody of Minneapolis police, “we need y’all’s help.”

Then Acho asked himself: How could he help his white friends help his black ones?

By last Sunday, he was recording the pilot of “Uncomfortable Conversations with a Black Man.” The video, unscripted and recorded in just one take, has garnered more than 19 million views since its launch Monday night.

Quoting the Old Testament Book of Esther, Acho wonders if this moment was the reason why he was put on earth. Merging his black and Nigerian cultures with experiences culled from a predominantly white Dallas private school – not to mention the multiracial communities he’s lived in and worked in as an adult – Acho debuted a four-question dialogue in “Uncomfortable Conversations,” queries he hopes will help explain the black experience to white people grasping to better understand.

Dear white people,
For days you’ve asked me what you can do to help. I’ve finally found an answer.

Let your guard down and listen. 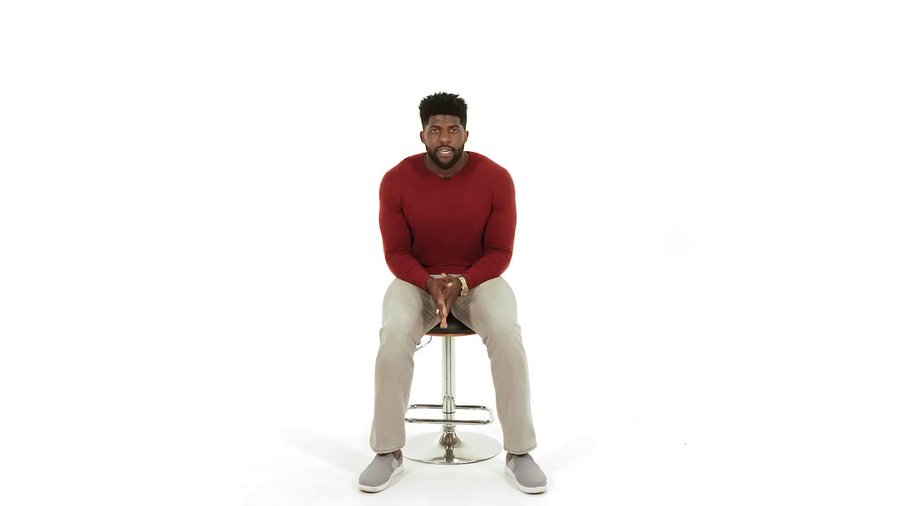 124K people are talking about this

“A lot of my white friends live in ignorance,” Acho told USA TODAY Sports by phone Wednesday. “Some of my black friends, they’re so hurt that they don’t even feel like having these conversations no more.

Acho stepped into the breach.

‘I don’t have the luxury to not do this’

Yet he harbored some doubt.

Sure, Acho’s successful track record – subsequent to starring for the University of Texas, getting drafted by the Cleveland Browns in 2012 and playing two seasons for the Philadelphia Eagles – spans sports analysis, pop culture and musical production. He’s worked for ESPN and its Longhorn Network during his post-playing career.

But what message was most important to convey to white people during an emotional week? How could he best break through?

Acho enlisted a videographer he’d partnered with previously. His friend Morolake Akinosun, an Olympic sprinter who won a gold medal in the 2016 Rio Games, asked a local studio manager if she was available Sunday.

“If it’s not aesthetically pleasing,” Akinosun said, “people won’t want to watch it.”

Akinosun and Acho understood the content of the message was uncomfortable. The more peaceful and safe a space they could create, the more likely people would feel comfortable enough to truly listen.

Acho debated a roundtable format with five friends, but his urgency to deliver the message as soon as possible outweighed the inevitable logistical challenges.

After collecting input from more than a dozen friends plus social media outlets, he settled on a dialogue with a white friend who’d driven to Austin for a Saturday rehearsal. They planned for her to ask Acho the four questions they’d pinpointed when the video was set to record Sunday.

But she decided to back out Sunday morning.

“I shouldn’t do this,” he remembers her saying. Acho hadn’t rehearsed, much less scripted, a solo act. He drove to the studio for his 11 a.m. appointment anyway.

‘You don’t even realize it’

Acho focused on those four questions: Why are blacks rioting? What’s white privilege? Why can blacks say the ‘N’ word but whites can’t? And why, in his friends’ opinions, do blacks seem more concerned about white-on-black crime than black-on-black crime?

He challenged himself to execute as smoothly as possible despite the last-minute pivot to a solo role.

He adjusted the studio lights, eventually settling into a leather-and-metal chair facing cameras angled from above, his left and straight on. Acho intertwined his hands and closed his eyes.

A nine-minute dialogue ensued in that single take. The conclusion was the lone component Acho filmed separately.

Without aid from a teleprompter, he explains to whites that their privilege isn’t “saying your life hasn’t been hard – it’s saying your skin color hasn’t contributed to the difficulty.”

He offered poignant analogies and personal experiences. A plea for education, exposure and compassion.

“Those little things he talked about that he and the black community have dealt with for such a long time – you don’t even realize it,” Chicago Bears quarterback Nick Foles, a former teammate of Acho who shared the video on Twitter and Instagram, told USA TODAY Sports.

“He’s got to constantly think around white people how to not let white people think he’s a threat. And I’m like, man. I know Acho’s one of the most loving, caring individuals ever. That was sad to me.

“That is the state of what’s going on right now, and that is the conversation.”

‘You taught me more’

Acho didn’t know prior to the video’s release how the conversation would unfold. He previewed the video to some white friends, who told him that they found themselves getting defensive toward his arguments. And with violent riots erupting across the country, Acho reckoned America wasn’t ready to listen to his message Sunday.

He settled on a Monday night release. But as the intended release time inched closer, President Trump had peaceful protesters in Washington removed to clear his way for a photo op. Acho texted Akinosun he might delay the debut.

“You think I just go ahead with it?” he asked her.

The reaction was immediate and grew exponentially with each passing day.

Scores of NFL and NCAA football voices endorsed his message on Twitter. On Instagram, Olympic gymnast Aly Raisman and “Bachelorette” star Hannah Brown reposted the video, Brown using his explanation to apologize for using the ‘N’ word herself.

Oprah Winfrey passed along the video to her close friend Gayle King, who co-anchors “CBS This Morning.”

“Thank you,” actress Jennifer Aniston told Acho, “for the clarity.”

“I believe you educated me more in 10 minutes than I did to all my students in 35 years,” a 70-year-old math teacher emailed. “Thank you I needed that!”

Acho’s reaction to it all? Look how much this conversation was needed. White friends thanked him for illuminating their ignorance.

And his black friends?

“Black friends were commenting on it saying, ‘Good job, well done fam, this is perfectly said,'” relayed Akinosun. “His biggest worry of how the black community would respond to it was completely nullified. They were supporting him and supporting his message.”

His brother Sam, a linebacker who played for the Tampa Bay Buccaneers last season and doubles as a member of the NFL Players Association Executive Committee, lauded Emmanuel for “using the gift God gave him for the betterment of this country.”

Foles agreed. He wondered himself, as a white quarterback, how and whether to speak out last weekend as protests against police brutality and racial inequity mounted. Friends like Acho, he says, helped him understand how he could best help.

“We have an opportunity and responsibility to help make change and help the black community right now,” Foles said. “Walk alongside them and show them love. And most importantly, if you’re white, you need to listen and educate yourself.

“When you’re white, you’re not going to ever be able to relate to what someone in the black community has gone through. So what he’s trying to do is answer those questions in a real, honest way.

“This is a conversation that needs to happen.”