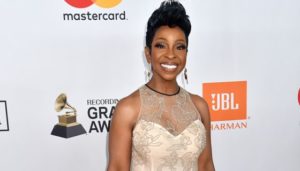 A week after the NFL confirmed Maroon 5 and rappers Travis Scottand Big Boi as their Super Bowl LIII half time acts, the organization has announced Gladys Knight will sing the national anthem during the big game.

“I am proud to use my voice to unite and represent our country in my hometown of Atlanta. The NFL recently announced their new social justice platform Inspire Change, and I am honored to be a part of its inaugural year,” the 74-year-old said.

Knight’s involvement may be controversial for some, pending Colin Kaepernick‘s current grievance against the NFL, after what he and his lawyer Mark Geragos are calling collusion.

Scott and Big Boi have been under fire all week for their participation, given JAY-Z, Rihanna and Cardi B all opted out over the last year, out of support for Kaepernick.

After the outcry, reports surfaced that the 26-year-old rapper came to an “understanding” with Kap, a fact, his girlfriend, MTV/VH1 personality Nessa Diab vehemently denies.