Breaking news
The National Congress of Black Women (NCBW), Orlando Chapter, honored ONYX Magazine Publisher Rich Black at its sixth annual Founders Day luncheon earlier this month . As nearly 100 people looked on, Black received the Dick Gregory Good Brother Award for his outstanding commitment to the community.
“We were very happy to honor Richard,” said Beverlye Neal, Florida Director of NCBW. The group selected Black because he exemplifies everything the award stands for in recognition of activist Dick Gregory and his fight against injustice in the Black community.
Black is the publisher and CEO of ONYX Magazine, a 21-year-old publication that celebrates Florida’s Black life while having seamless connection with other cultures. Since acquiring the magazine in 2013, Black has grown it to include several new content departments, up to 80 pages per issue, and regional prominence. In 2016, Black introduced ONYX Magazine’s Women on the Move, a prestigious event that honors Florida’s most influential and impactful women of color in business and community leadership. The annual luncheon is held during Women’s History Month. ONYX Magazine is embarking on ONYX Business Connect, a statewide effort to bring business communities together to share important resources. ONYX also has established the ONYX Foundation, which will raise funds to educate minority communities in the areas of literacy, arts and culture, and history. A graduate of Bethune-Cookman University (B-CU), Black is known for spearheading a fundraising efforts to build a statue of Dr. Mary McLeod Bethune on the B-CU campus during its centennial year in 2004.
“I have always admired the firm way Dick Gregory stood and fought for Black people in America,” said Black. “I am honored to be recognized by such an outstanding organization that keeps its word to empower women of color.”
Others who received awards are: Kissimmee City Commissioner Angela Eady, Shirley Chisolm Award; Dr. Tari Spear, Dr. C. Delores Tucker Award; Phyllis Harper, Outstanding Service to the Chapter Award; and Diana Joseph, Rising Star Award. The Dick Gregory Award is the only recognition given to a male leader.
About ONYX:
ONYX Magazine celebrates the accomplishments and contributions of African-Americans and those of the African Diaspora throughout Florida. This publication, launched in July/August 1997, remains committed to empowering its readers by offering entertaining, inspiring and informative stories, which also include, editorials focused primarily on the interests and needs of African-Americans. It serves as a venue to promote the positive experiences of black life while promoting seamless, diversified connections with other cultures throughout the great state of Florida. 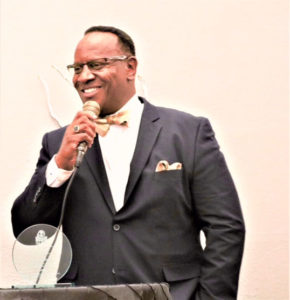