By AYESHA RASCOE –  TwitterBefore the coronavirus crisis decimated the U.S. economy, the record-low unemployment rate for African Americans was the backbone of President Trump’s reelection pitch to black voters.

It was always a tough sell, given his past performance with African Americans. Now it’s even tougher after the pandemic has erased economic gains and forced the campaign to adjust its message in its outreach to black voters. 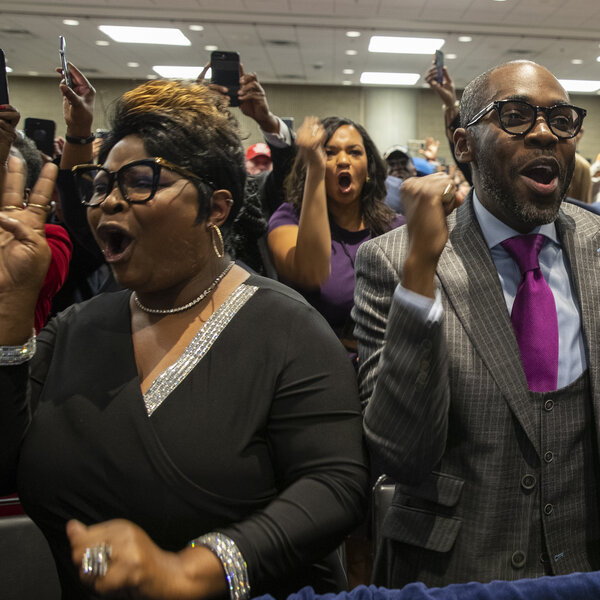 Early government data show that black employees are losing work at a higher rate than white workers. That’s on top of devastating health impacts, with African Americans being hospitalized more and dying at much higher rates from the virus.

“We’re doing everything in our power to address this challenge … and provide support to African American citizens of this country who are going through a lot. But it’s been disproportional. They’re getting hit very, very hard,” Trump said at a briefing in early April.

Trump has directed his White House Opportunity and Revitalization Council to focus on minority communities affected by the coronavirus. The council, headed by Housing and Urban Development Secretary Ben Carson, is supposed to identify additional funding needs for these areas.

The pandemic hit just as the Trump campaign’s direct appeals to African Americans were ramping up. There were plans for field offices in predominantly black neighborhoods in 15 cities in swing states, and volunteers going door to door. The goal was to boost support among black voters from the 8% of that vote Trump attracted in 2016. In tight races, even a bit more support could make a difference.

But the coronavirus pandemic has pushed the campaign online to a video chat series called Real Talk. The main focus is praising Trump for his response to the virus and bashing Democrats and the media.

“President Trump has taken decisive action in terms of his leadership and addressing COVID-19, especially with the black community,” Paris Dennard, a senior communications adviser for the Republican National Committee, said on the program last month.

But sometimes the conversation strays.

“When you leave somebody shut up in their house, instead of them catching coronavirus, they’re going to catch diabetes, high blood pressure,” Hardaway said.

Trump’s coronavirus task force has recommended that people with conditions like diabetes and hypertension stay at home and be vigilant about social distancing. These health issues are more prevalent among African Americans in part because of longtime disparities in the health care system.

The duo also compared social distancing to socialism — and even slavery. 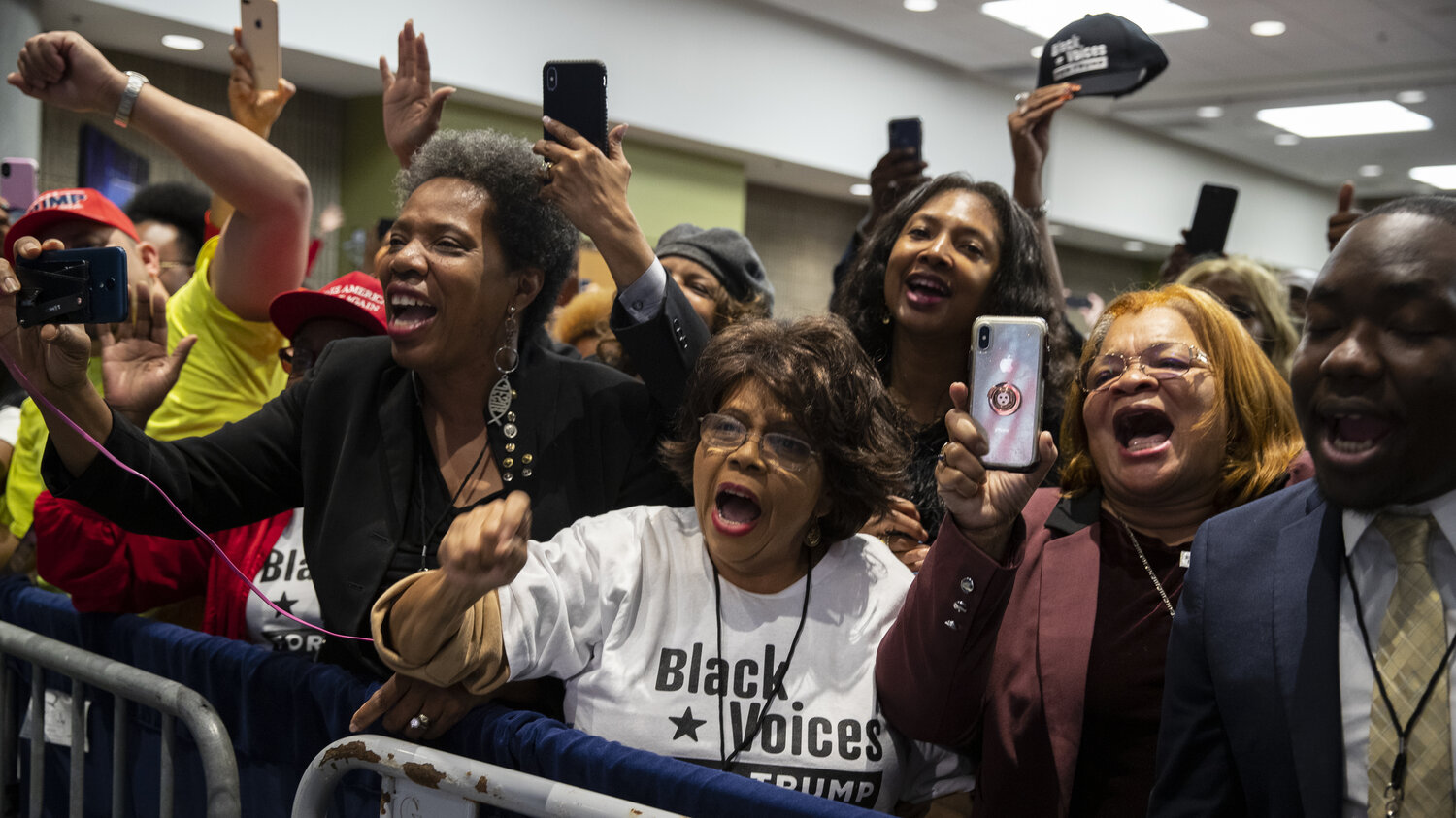 Supporters cheer as the president arrives to speak during the launch of Black Voices for Trump in November in Atlanta.
Evan Vucci/AP

“President Trump remains focused on restoring record-low unemployment for [black] Americans and generating opportunities for them to flourish and succeed,” Farnaso said in a statement to NPR.

Laird said this long-standing partisan norm is reinforced socially because the U.S. remains racially segregated. It is hard for any Republican to overcome, but Trump has his own baggage. Since his election, polls have shown that most African Americans believe that he is racist.

“Whatever ground that blacks were on was a very shaky foundation in the first place,” Laird told NPR. “These short-term demonstrations of improvement don’t speak to these deeper and much more significant aspects of the inequality and racism.”