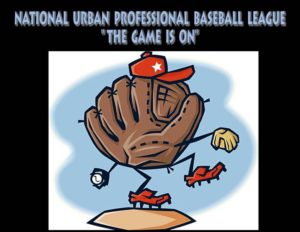 The National Urban Professional Baseball League (A Replica of Negro League Baseball) will be launching four new Urban Baseball League teams in the spring of 2018. Baseball in our inner-cities is dying and the NUPBL will be giving African American baseball players a new hope to live out America’s past-time. The new league will offer minority baseball players the opportunity to play the game they love on a professional level, an opportunity many have been denied.

The league will offer spectators a blast from the past. Team names originating from Negro League players like Rube Foster All-Stars, Cool Papa Bell All Stars, William “Skinny Legs” Blair, Buck O’Neil All Stars etc. This league will be dedicated to the generations of baseball players who were denied the opportunity to play baseball because of factors other than their ability to play the game. This league in “NO WAY” will be limited to only African American players. We are seeking the best baseball players from across the United States and the World regardless of their ethnic back round. The teams will be constructed by way of open try-outs to be held at a number of sites starting on May 20, 2017 (refer to our website for dates & locations).

May through August in addition to league play-offs

Team (s) will consist of

All participants will receive monetary compensation

Tryouts for each team will begin in May, 2017

We will offer an eight week fall league in Arizona, to be held in September, 2017 through October, 2017.

The league starts in the spring of 2018

All baseball players interested in trying out for a team should visit our website at www.urbanbaseball247.com or call (972) 546-8894 for registration information.