The Mayo Clinic Alzheimer’s Center was in the pulpit with Reverend Al Sharpton for the centers Community Alzheimer’s Awareness event held at Bethel Baptist Institutional Church. Reverend Al Sharpton, Honorary chair of the African American Network Against Alzheimer’ group spent Sunday in Jacksonville preaching, politicking and addressing issues ranging from his hopes for problems such as the presidency, local crime, police shootings and community wealth. The civil rights leader gave sermons during services at Bethel Baptist Institutional Church and signed autographs for guests and parishioners.

Alzheimer’s and Dementia disease(s) disproportionately affects more African Americans than any other race of people. Attendees were there to find out what are the contributing factors and/or symptoms of theses disease(s) and, whether lifestyle changes can prevent or stave off these diseases in the African American community. 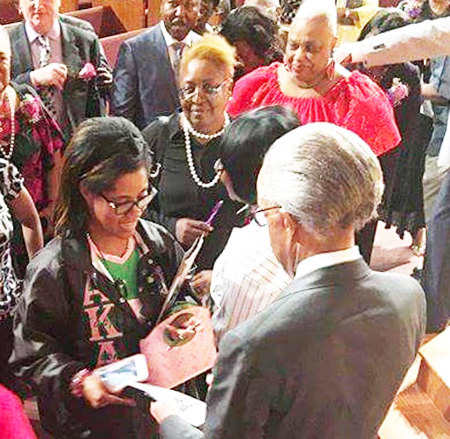