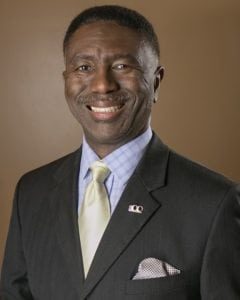 By Charles Griggs
“I’m not bitter for what happened to me because the Lord Jesus Christ made me to be a man.” – Hubert “Nathan” Myers
When I heard about the exoneration and release of Clifford Williams Jr., 76, and Hubert “Nathan” Myers, 61, from a Florida prison last week I felt a sense of relief for them and their families. As the story made its way across various media platforms, I could also sense that most people were feeling the same way. Even those who flinch at the term “criminal justice reform” had to feel a sense of justice for the righting of these wrongs.

Williams and Myers served nearly 43 years for a murder they did not commit. Their convictions were vacated by a judge when information was presented that proved that the two men could not have committed the crimes. The effort to exonerate the men was led by a new reform initiative called the Conviction Integrity Unit implemented by State Attorney Melissa Nelson.
This situation illustrates the need for extensive review of our criminal justice system and how it has disproportionately impacted African Americans. This should be done not just because of how wrongful convictions have affected black folks, but because we live in a country where the term, “Justice for all” is supposed to be the standard.

Something else crossed my mind when I heard the news about Williams and Myers. It was my own personal experience with someone who was wrongfully convicted.

In 1968, when I was just seven years old, James Joseph Richardson was convicted of killing his seven children in Arcadia, Florida. Ironically, an all-white jury found him guilty and sentenced him to death. In 1972, after the death penalty was ruled unconstitutional, his sentence was reduced to life in prison. In the late 1980s it was revealed that the babysitter, who was suffering from Alzheimer’s disease while in an assisted living facility, would repeatedly confess to the murders of the children. This would lead to renewed interest in Richardson’s case. During the investigation process new information yielded evidence of a cover-up by Sheriff Frank Cline and State Attorney Frank Schaub.

As a result, much like Williams and Myers, a judge determined that Richardson did not receive a fair trial and was exonerated. Richardson is now 83 years old and living in Wichita, Kansas.

Richardson was a friend of my family, and became a member of my grandmother’s church while he was out on bond during his trial. I remember taking walks to the store with him down 8th Street on our way to Kozy Korner. My grandmother and her congregation would pray daily for him because they all believed in his innocence. I also remember wondering what it would’ve been like to know and play with his children, because one of the seven would have been my age.

Every time I think about Richardson’s case I get pissed all over again. Add to that the most recent cases of Williams and Myers and you should be able to see steam coming out of my ears.

According to the National Registry of Exonerations, nearly 200 convictions have been overturned since the beginning of 2018. The only explanation that can be given for the level of injustice in these two cases and others is that the way our criminal justice system functions is severely flawed. Without question, the scales generally tip in favor of those with the resources to fight the system.

Clearly a good step forward is the process that led to the release of Williams and Myers. The development and launch of State Attorney Melissa Nelson’s Conviction Integrity Unit can be a key resource to finding some balance in a system weighted against African Americans. This type of process or review should be institutionalized within the criminal justice systems on all levels. If nothing else, the process should be studied so we can determine why the system has been unequal and unjust to Blacks.

Yet, I’m happy because in the end justice was served for Williams and Myers. And in doing so, perhaps, they can begin to put together a life that reflects all of their dreams they have been denied.
A life in pursuit of happiness…and justice for all.