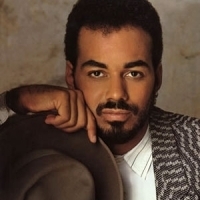 The singer-songwriter is most known for working with Quincy Jones and Michael Jackson.

Grammy Award-winning singer James Ingram passed away following his battle with brain cancer on Tuesday, according to TMZ. He was 66 years old.

News of Ingram’s death was shared by famed entertainer Debbie Allen. “I have lost my dearest friend and creative partner James Ingram to the Celestial Choir,” she tweeted.

“He will always be cherished, loved and remembered for his genius, his love of family and his humanity. I am blessed to have been so close. We will forever speak his name,” Allen added.

According to Billboard, Ingram began playing music as a young boy. In the 1970s, he performed in a band called Revolution Funk before pursuing a solo career in Los Angeles. He later worked with iconic singers including Ray Charles and Marvin Gaye.

In 1980, he was discovered by supe rproducer Quincy Jones and worked on his album The Dude.

His final album, Stand (In the Light), was released independently in 2008.