Local author and historian Rodney L. Hurst, Sr. was the featured author who presented his book, “Unless WE Tell It… It Never Gets Told!!” This book tells the stories of the historical achievements of great African Americans, including African Americans in Jacksonville, Florida, who are woefully unrecognized and many stories about the Civil Rights Movement.  Present at the anniversary were the individuals who were featured in Hurst’s book.

Also featured on the program were the following community champions: Dr. Norma Solomon White who blazed  a path as the 1st female member of the FAMU Marching 100 band and 1st female band director in Duval County School system; Dr. Arnett Girardeau was elected to the Florida Senate becoming the 1st black Senator since reconstruction.  He was the architect of the congress district making it possible for a black person to be elected to Congress. In 1992 Corrine Brown was elected; C. Ronald Belton was Jacksonville’s 1st black stock broker.  He was also the 1st black chief financial officer for the City of Jacksonville; Rodney L. Hurst, Sr. is an award winning author.  He was the first black to co-host a television talk show in Jacksonville on PBS and first black to serve as the Executive Director of the State of Florida’s Construction Industry and Licensing Board; Charlie E. Cobb, Jr. was an icon of the Civil Rights Movement. He was one of the organizers of Freedom Summer in Mississippi. 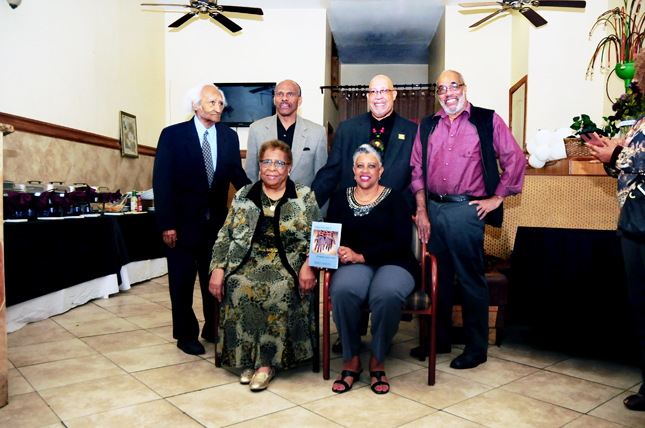