By Del Sandeen – June 25, 2021 – (Original News Source: www.sistersletter.com) – From light to dark, and every shade in between, these books invite us to embrace what it means to be Black and beautiful.

As Maya Angelou wrote in her poem “Human Family”, “The variety of our skin tones can confuse, bemuse, delight.” Black people embody that like no one else. We’re many colors, but one people. Our skin tones are as rich and varied as our accomplishments. The following books acknowledge the spectrum of our hues, recognizing the beauty in all. This is a reminder that our melanin — whether you have a little or a lot — is something to celebrate, a blessing like no other.
Fiction:

The Vanishing Half by Brit Bennett
Brit Bennett’s latest novel topped the New York Times best sellers list, following her best selling debut, The Mothers. With echoes of earlier works like Imitation of Life and Passing, The Vanishing Half is the story of light-skinned twins, Desiree and Stella Vignes. They grow up in Mallard, a town founded by an ancestor that only included residents with light skin like himself. The sisters leave home at 16, remaining in the Jim Crow South and landing in New Orleans. However, they soon split up as Stella passes into white society and Desiree embraces her Blackness, including marrying the darkest-skinned man she can. And indeed, that’s how the book opens, with Desiree’s return to Mallard, her “blueblack” daughter, Jude, in tow. Meanwhile, Stella is living as a white woman, with a blonde, blue-eyed daughter of her own, Kennedy. Spanning several decades, this novel deftly explores generational trauma and the pain of colorism. HBO is presenting an adaptation of The Vanishing Half, so be on the lookout for that.

Oscar winner Lupita Nyong’o authored this children’s picture book about a beautiful little girl named Sulwe. The idea sprang from a letter the actress received from a girl who, inspired by Nyong’o, decided against buying a skin-lightening cream. Such is the power that representation can have. But the themes of colorism in this book touched Nyong’o herself, as the author’s note reveals. In Sulwe, the title character — whose name is Luo for “star” — is unhappy with her dark skin. It’s not until a star takes her on a magical journey that she sees how beautiful she is, just as she is. While this gorgeously illustrated book is perfect for anyone, it will undoubtedly resonate with those who have ever been made to feel less-than because of their deep brown color. Read the book and then check out the upcoming animated adaptation on Netflix.

M Is for Melanin by Tiffany Rose

Another picture book for young readers (and those who care for them) is M Is for Melanin. Education and empowerment go hand in hand in this alphabet book. Toni Morrison once famously said, “If there’s a book you really want to read, but it hasn’t been written yet, then you must write it.” Author and illustrator Tiffany Rose took that advice to heart. Her experience of not seeing brown children in the books she read growing up inspired her to write M Is for Melanin. Beginning with “A is for Afro” and touching on every letter of the alphabet, the text and illustrations are as colorful and beautiful as the kids it’s written for. Curly hair, no hair and skin in every color abound through this delightful book that assures youngsters “Y is for You” and “You are absolutely enough.”

The African Lookbook: A Visual History of 100 Years of African Women by Catherine E. McKinley 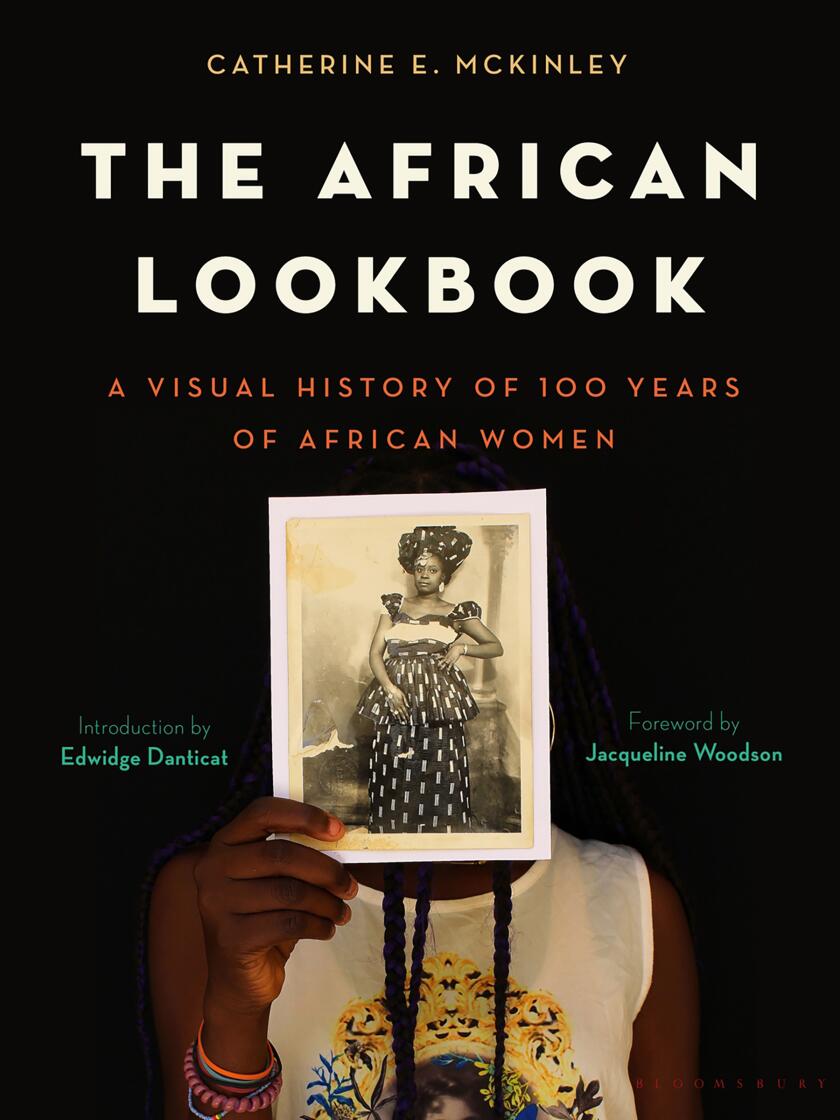 The African Lookbook contains over one hundred photographs (spanning one hundred years) from the author’s personal collection. Images include African women primarily from Mali, Niger, Burkina Faso and countries along the Atlantic coast. These photos showcase the influence Black women have long had on fashion, although often going uncredited. For example, “Keen readers and fashion lovers may see similarities to Stella McCartney’s spring 2018 runway show and Tory Burch’s 2020 embroidered dresses, both … criticized for appropriating African cultures.” The importance of the sewing machine is discussed, as African women turned the item — brought in by European colonists — into an “expression of economic freedom.” Most of the images were captured by African photographers, and McKinley makes sure to credit the African women behind the lens. This isn’t simply a trip down fashion memory lane, however. As McKinley says, “It’s a love letter to the ancestors and it’s a love letter to us.”

Surviving the White Gaze: A Memoir by Rebecca Carroll

Cultural critic and author of several books about being Black in America, Rebecca Carroll presents this intimate portrayal of her life, specifically, growing up Black/biracial in an all-white world, as the adopted child of well-meaning white parents who “didn’t see color.” This idealistic view of theirs didn’t prepare Carroll for an upbringing that Black children raised by Black parents naturally have. She wasn’t ready for the racism she encountered, nor did she have a sense of her own Blackness. Meeting her white birth mother didn’t make life easier, as Carroll calls it a “very, very toxic relationship.” And the reunion with her birth father was bittersweet — living in poverty, he was struggling with physical and mental health issues. Carroll’s younger years are full of microaggressions and outright racism, depression and substance abuse. But when she meets her “chosen Black family,” her healing begins, transforming her into a woman with a strong sense of self and what it means to be Black in America.

Yes, that’s the face of Lupita Nyong’o gracing the cover of Dark Girls, the companion book to actor and director Bill Duke’s 2011 documentary. The book, as he explains, gives “young dark-skinned girls a tool of defense against anyone who had the audacity to say to them that they were ugly, stupid or unattractive based upon the darkness of their skin.” Photographer Barron Claiborne gorgeously captures celebrities like Camille Winbush, Sheryl Lee Ralph, Loretta Devine and Vanessa Bell Calloway, along with Olympic athletes, models, business owners and executives. Each woman has a story to tell or words of wisdom to impart. While some stories are painful, others are heartwarming and affirming. And every single “dark girl” included in this book is beautiful, exactly as she is.

ABOUT THE AUTHOR
Del Sandeen
Del Sandeen is a writer and author based in Northeast Florida. In addition to Sisters, her work has been featured in ZORA and Gay.