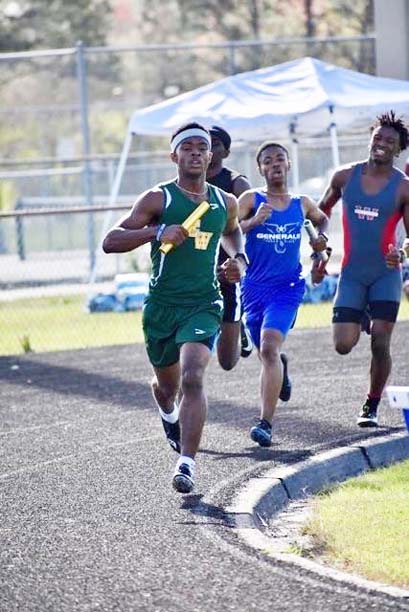 Nigel Brown, an 11th grade student from Edward H. White High School has been invited to represent Florida on the 2018 Track and Field Team.  Nigel will depart for Queensland, Australia on Sunday, July 8, 2018 for individual honors and a team championship title.

Nigel began his love affair with track and field through the leadership and guidance of the late Ennis Davis, founder of the Young Achievers Track Club.  Deacon Davis unfortunately passed away prior to Nigel’s first major race where he won his 8th grade 800m track meet.  Nigel believes the spirit of Coach Davis runs with him at each competition. While running, Nigel constantly states he can hear Deacon Davis saying, “run Nigel, you want to travel don’t you, then let’s go!”

Nigel is an active member of Emanuel Missionary Baptist Church, and has goals to finish college with a degree in Psychiatry or Psychology to help others succeed mentally, physically and spiritually.

Down Under Sports Tournament programs recruits athletes from around the country to compete internationally. Down Under Sports uses the common language of sports to bridge the continents and provide a forum for athletes from around the globe to compete head-to-head in the sports they love. During the past twenty nine years, Down Under Sports has had the opportunity to share the land down under with tens of thousands of individuals from across the United States. Some prior standouts include Jake Plummer (Denver Broncos), Ahman Green (Green Bay Packers), Rob Morris (Indianapolis Colts), Dave Dixon (Minnesota Vikings) and Jesse Williams (Seattle Seahawks). To have your athletic ‘tween or teen’ participate visit www.downundersports.com