NNPA NEWSWIRE — By @StacyBrownMedia – Wells Fargo has increased its infrastructure to include recruitment, engagement, development and retention of military talent within Wells Fargo by incorporating two teams who are solely dedicated to this work: the Military Talent Programs team and Military Strategic Sourcing team for a total of more than 20 roles within the organization that focus on cultivating an environment where military employees can succeed and grow with the company. 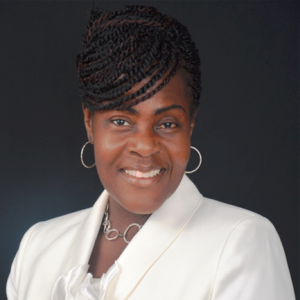 In a recent interview with BlackPressUSA, Le Nette Rutledge, the head of Military Talent Programs at Wells Fargo, shared her perspective about being a military veteran now serving in the ranks of corporate America.

When asked what gets her up each morning, Rutledge responded, “I coined a new phrase, ‘optimistic tenacity,’” Rutledge revealed during an interview with BlackPressUSA. Optimistic tenacity is the quality/trait of maintaining hope for the future while being unrelenting about what it takes to achieve that future.”

To continue the theme of unrelenting, Wells Fargo continues to advance its commitment to the armed forces. The company maintains its goal of gainfully employing members of the military community. This commitment models the value the bank places on the leadership, discipline, and skills that veterans gain through their dedicated service to America.

As Veterans Day approaches, Black Press USA chatted with Rutledge and other service members who are thriving in their careers at Wells Fargo.

Since Rutledge, a Navy veteran, joined the bank in 2009, Wells Fargo has increased its infrastructure to include recruitment, engagement, development and retention of military talent within Wells Fargo by incorporating two teams who are solely dedicated to this work: the Military Talent Programs team and Military Strategic Sourcing team for a total of more than 20 roles within the organization that focus on cultivating an environment where military employees can succeed and grow with the company.

The bank updated their job descriptions to make them more military-friendly and initiated a new program called “Boots to Banking” career boot camp for veteran jobs seekers and hiring event for several lines of business at Wells Fargo.

Rutledge enlisted in the Navy just before the country was called to serve in the Persian Gulf War (Operation Desert Storm) in the early 1990s. 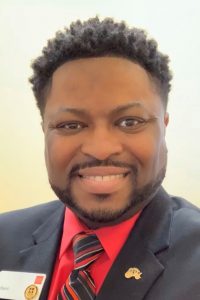 Business Initiatives Analyst Tara Siddiq enlisted at 17 after having both parents sign permission slips, while colleague and Regional Bank Branch Manager Robert Taylor was 18 when he joined the Army.

Wesley “Wes” Griffin, Business Support Consultant, was also 18 when he enlisted into the Navy under the delayed entry program.

“[The desire to serve] was something that stayed with me,” Rutledge proclaimed, noting that she had earned a four-year college scholarship after graduating high school.

However, after one year, she sought to join the Army, only to enlist in the Navy because the recruiter “was friendly and professional.”

Siddiq said she joined for the travel experience and the need for money to attend college.

Taylor followed his father’s footsteps by enlisting into the Army, and Griffin admitted his enlistment was mainly to pay for college.

Each recalled their first days of military service. 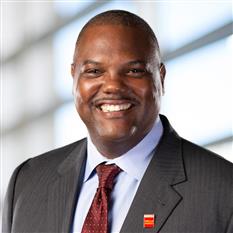 “My mom wanted to make sure that I had everything I needed, and the Navy gave us a list of things to pack,” Rutledge recalled.

“It was two minutes before midnight, and this rather petite company commander stood up with this southern drawl and told us to put our bags on the table. She said, ‘we are taking your bags and belongings and shipping them back home.’”

Siddiq recalled the calmness of her bus ride to basic training. “Everyone was polite, and the drill sergeants were on the bus with us, but they were so quiet, you could barely notice them,” she remarked.

“As soon as we pulled up to the company headquarters, the drill sergeants went bananas. They started yelling at us to get off the bus. They were throwing our bags in all our faces. I remember thinking, ‘That escalated quickly.’”

“They tried breaking undisciplined civilians in an attempt to turn them into soldiers. But I had no problem adapting due to my upbringing. My father was a retired Army member and was strict but fair. He was firm but also fun. He taught me to respect others and how to earn respect. I loved that all of my soldiers were able to come to me for anything and that my door was always open.”

Griffin noted that his trip to boot camp marked the first time he flew across the country – from Richmond, VA to San Diego.

“Upon arriving at basic training, it was early morning, and we disembarked the bus, we lined up, and we made our way into a warehouse building that was lined with open top tables,” Griffin said. 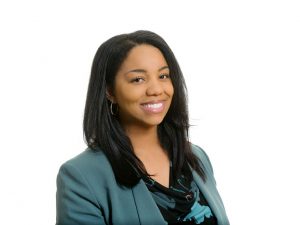 “We began to take all of our possessions and pack them into a box to ship back home. It quickly turned from an early morning coolness to hot, dry heat. The in-processing began, as we continued to uniform issues, medical evaluation, immunization, and ultimately, to the barbershop.”

The history of the military reveals that African Americans were not fully welcomed to serve along white brothers and sisters in arms. “Thankfully that changed quite a bit over time. The branch though that I chose was the last to desegregate, the Navy. I couldn’t help but wonder what implications might be associated with that history. But, I jumped in anyway,” says Rutledge.

“It was as unsettling as I expected,” Rutledge remembered. “It wasn’t a matter of race while living in the barracks. It was about helping one another to survive.”

Siddiq said the military “exposed me to so many different cultures,” but Taylor and Griffin had far different experiences.

“There were countless times that I had to overcome the stereotype that is automatically placed on me as an African American,” Taylor said.

“When I started my career in the military, I had to prove to everyone that I was someone they can trust.”

“The journey from the South to California opened my eyes that the world was not simply Black and white,” he stated.

“My company commanders were both from the Philippines, and many of my fellow recruits were from the Midwest, so their experiences were much different than mine.”

“It was really interesting when I came to Wells Fargo because I had just been displaced from another position and I was focused on things that were lacking during my period of unemployment,” Rutledge stated.

“In comparison to other employers with whom I’ve worked, what stands out for me the most is how Wells Fargo’s veteran resources have ramped up tremendously. They were off to a decent start when I joined the company. But, they were nowhere near what they are today. The resources, benefits and opportunities to grow and develop are among the best in the financial industry as evidenced by Wells Fargo being awarded a gold-designation for the 2020 Military-Friendly® Employers. I’ve had an opportunity to take assignments that are parallel and promotions. These assignments allowed me to gain a vast perspective of this organization and the financial industry.”

Siddiq, who first worked as an intern in the company’s VET Internship Program, also has enjoyed the Wells Fargo experience.

“Eventually, I found a job at Wells Fargo that I love, supporting military programs like the one I participated in. I like to call it a full circle moment,” Siddiq said.

“It was a long road to get to this point,” he proclaimed. “The program was challenging but allowed me to do something I have always wanted to do, which was work in finance. Wells Fargo has been a great place for me to work so far, and where I sit, the future is looking promising for the company if they stay on the course they have set.”

“It was the first time I had seen diversity & inclusion as a strength to champion continued growth and success,” Griffin said.

“Wells Fargo was very intentional in hiring veterans, so I felt as if I was valued for my service to this great nation.”

“I would say other companies should look for those qualities for their workforce. Because one of the best places to get those qualities is from a veteran,” Taylor concluded.

Wells Fargo also encourages its employees to give back and make a difference in the community.

“I discussed my multiple diversity dimensions and how I have been affected by the wide-spread racial inequities in America. I volunteer my time to mentor new employees in the Military Buddy Alliance Program. I have also attended peaceful local protests for Black Lives Matter in the Charlotte area.”

“I have joined the North Carolina NAACP, as well as, serve as the Vice President of the Wells Fargo Volunteer Charlotte Chapter and I have shared my story with the Veterans Team Member Network and spoken at the Blue Star Moms monthly meeting, to highlight the need for a strong support system,” Griffin added.

Rutledge said she calendars time for recurring meetings with veterans across the firm.

“When an employee reaches out, I readily make myself available,” Rutledge said. “We have to stay focused and help everyone achieve their goals.”

To learn more about career opportunities for veterans at Wells Fargo, visit wellsfargojobs.com/military.