By Carla Jones – Ending a three-year streak, the celebrity team came from behind to clinch the tie before claiming a 76-74 win in overtime against high school basketball all-stars at last Saturday.

All ticket proceeds benefit I’m A Star’s #HomelessToCollege fund, which will be donated to Duval County Public Schools’ Families in Transition Department. According to department, there are currently over 3,000 homeless students in the district.

Florida Blue donated $10,000 to the cause. The I’m A Star Foundation will release the final amounts raised early next month. The organization’s GoFundMe campaign ends on October 1, 2018. I’m A Star servant leaders continue to ask the community to help them reach their goal of raising $50,000 to end homelessness amongst students and families.

Since 2012, the Foundation has raised a total of $96,500 via live telethons, a 5K race and three celebrity basketball games, donating all funds to the school district. I’m A Star Foundation has also awarded over 20 scholarships to homeless students entering college.

To hear the stories of scholarship recipients, please watch How Does It Feel To Be A Homeless Student?: https://youtu.be/xnHeTfcR6ck. To donate go to: GoFundMe.com/HelpingHomelessStudents 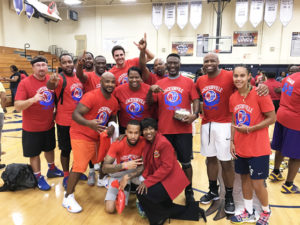