Chatterjee, who was still working in cinema and TV, was admitted to a private nursing home on Oct 6 after testing positive for Covid-19. A cancer survivor, Chatterjee’s condition deteriorated over the past few days after he developed post-Covid complications.

He appeared in some 60 films, and also was the author of numerous books and poetry collections. He was the recipient of numerous acting awards, as well as the Legion of Honour, France’s highest order of merit.

Born on Jan. 19, 1935, Chatterjee grew up in the small town of Krishnanagar where he had parts in amateur theater. It was only after he came to Kolkata (then called Calcutta) to study Bengali literature at the University of Calcutta that he seriously took up acting.

He also worked as an announcer for All India Radio before trying to break into films, but his initial attempts at acting did not meet with much success. Ray rejected him when he auditioned for a lead role in “Aparajito” (1956), the second film of the Apu trilogy. The first film of the trilogy, “Pather Panchali” (1955), which was Ray’s directorial debut, is credited as the first film from independent India to draw international attention. It also won major awards.

Ray remembered Chatterjee, however, and cast him in “Apur Sansar” (1959), beginning a collaboration that would last three decades. Their association has often been compared to that of Ingmar Bergman and Max von Sydow, and Federico Fellini and Marcello Mastroianni.

“It is apparent that Ray had a tremendous dependence on Chatterjee to be the face of his cinema,” Amitava Nag, author of “Satyajit Ray’s Heroes and Heroines,” told Zenger News. “There are no equals to this partnership in Indian cinema.”

Nag said Chatterjee acted in 14 of Ray’s 28 feature films. “It began in the initial years of Ray’s career and continued till the very end.” Ray died in 1992. 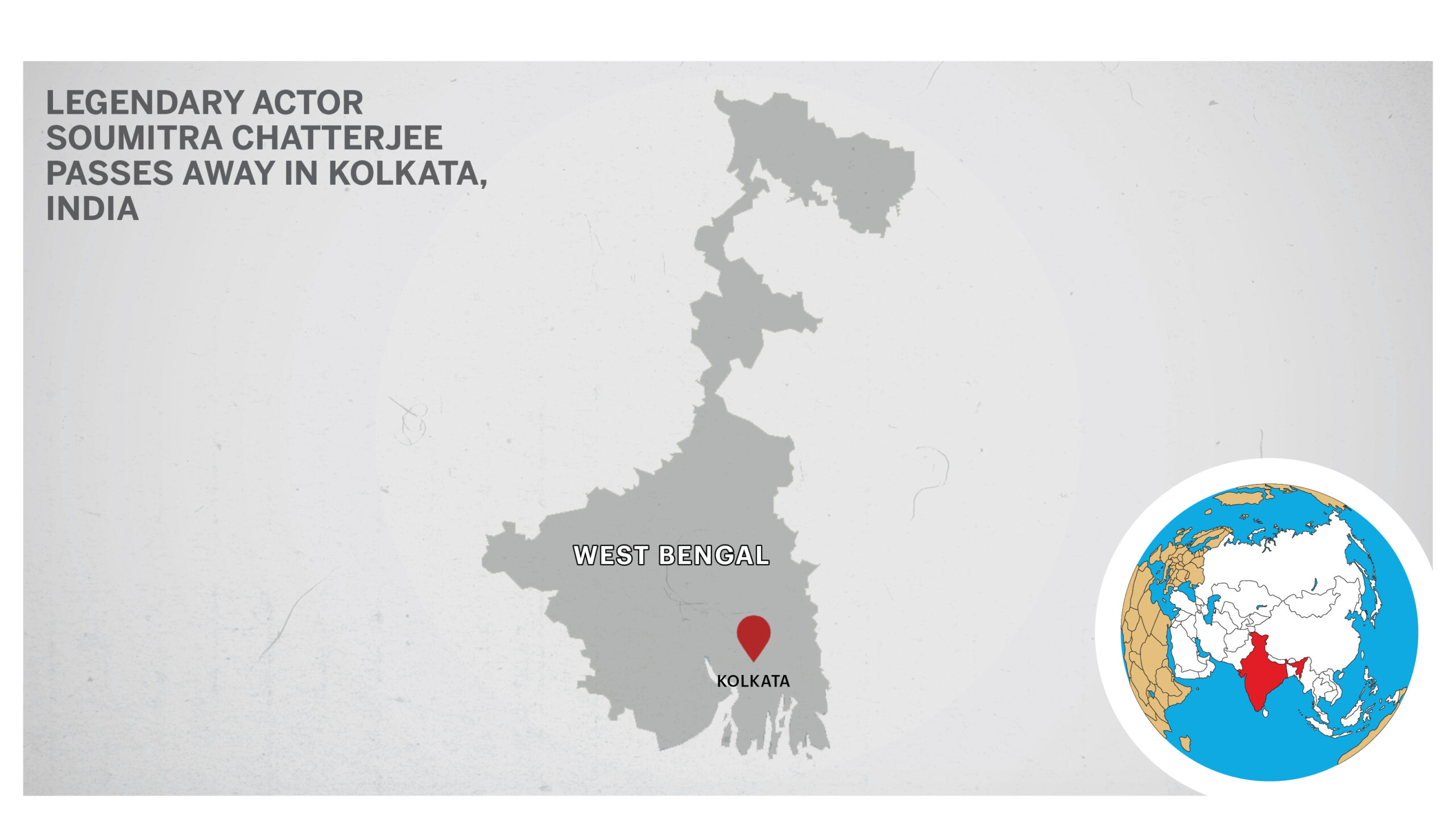 Of these films, Chatterjee is probably best remembered as Amal, a fledgling writer in 19th century Bengal, in the 1964 film “Charulata,” Ray’s favorite among his own works. Chatterjee also played the immensely popular sleuth Prodosh C. Mitter, or Feluda, in Ray’s “Sonar Kella” (1974) and “Joy Baba Felunath” (1979).

Earlier this year, India named its Covid-detection kit Feluda, in tribute to the detective.

Chatterjee’s career also included collaborations with many other filmmakers, including Mrinal Sen and Tapan Sinha in the 1950s and 1960s, and a newer generation of filmmakers such as Goutam Ghose, Aparna Sen, and Rituparno Ghosh.

“Chatterjee never acted in any film of [Bengali director] Ritwik Ghatak, but he was the first choice of almost every other Bengali director in the 1960s. That is why he had so many, diverse and intense roles early on in his career.”

Nag, the author of “Beyond Apu: 20 Favorite Film Roles of Soumitra Chatterjee,” recommends “Jhinder Bandi,” a 1961 adaptation of “The Prisoner of Zenda” by Sinha, among other films. Cast as the swashbuckling and villainous Mayurbahan, Chatterjee was cast for the first time opposite Uttam Kumar, the reigning star of Bengali cinema. This led to a well-known rivalry between the two, who appeared together in “Stree” (1972), “Devdas”(1979), and “Pratisodh” (1981).

“I think the competition was more in the minds of the audiences than Uttam Kumar and Soumitra Chatterjee,” said Maitreyee B. Chowdhury, author of “Uttam Kumar and Suchitra Sen: Bengali Cinema’s First Couple.”

“Uttam Kumar was older than Chatterjee, and there was mutual respect in spite of the different choices in films. Chatterjee often teased Uttam Kumar about his charismatic appeal, especially with the ladies, but it was also obvious that he respected him.

“Chatterjee once spoke about how Uttam Kumar taught him to lip sync for his songs,” said Chowdhury, who has also been a translator for the Oral History Project of the Academy of Motion Pictures.

Success in Bengali cinema brought Chatterjee offers from Bollywood, but he turned down most overtures from outside the Bengali film industry. He did accept roles in a few international films, including “Vrindavan Film Studios” (1996), directed by Lamberto Lambertini, and “The Bengali Night” (1988), directed by Nicolas Klotz. In the latter, he starred opposite a young Hugh Grant.

Chatterjee’s decision to stay in Kolkata was perhaps inspired by a similar decision by Ray to turn down an offer from David O. Selznick to move to Hollywood. This allowed Chatterjee to pursue his interest in poetry. He would eventually publish three volumes of poems and cultivate a friendship with Bengali poets Sunil Gangopadhyay and Shakti Chattopadhyay, with whom he would often sit at Coffee House on College Street, where American Beat poet Allen Ginsberg joined them briefly in the mid-1960s.

A lifelong leftist, Chatterjee edited a literary magazine. He also continued to work in theater — acting, but also writing and directing. One of his more famous later roles was King Lear in a Bengali adaptation of Shakespeare’s tragedy that played to full houses in 2010.

“The weight of this sad time we must obey, / Speak what we feel, not what we ought to say. The oldest hath borne most: we that are young / Shall never see so much, nor live so long,” tweeted Suman Mukhopadhyay, who directed Chatterjee in the production, quoting from the play.

Working almost exclusively in Bengali cinema had its downside. For one, recognition in the form of awards was slow — it was only in 2006 that he won the Best Actor National Award for “Podokkhep.” In 2012, the Indian government conferred on Chatterjee the Dadasaheb Phalke Award, the country’s highest award for cinema. In 2018, France awarded him with the Legion of Honour.

Even at his late stage in life, Chatterjee’s appeal was still strong — two of his films released earlier this year were playing in cinemas before the pandemic.

Chatterjee is survived by his daughter and a grandson.