By: Jay Johnson – It may not be December, but the Jacksonville Jaguars have continued to makes summer a season of giving throughout this month of June with various donations. Star cornerback Jalen Ramsey was the latest player from the Jags roster to do his part in the community, recently donating $10,000 to the Northeast Florida division of the Boys and Girls Club.

Ramsey held a fundraising event at Topgolf of Jacksonville last weekend where he spoke on his memories of attending the Boys and Girls Club as a child, which looks to have played a key part in him helping their cause. 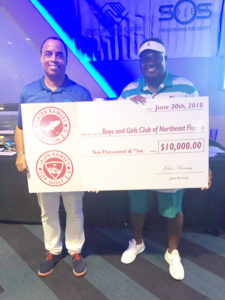