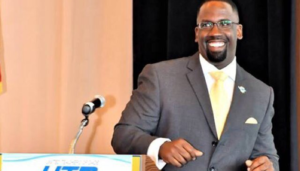 Fred Ingram, a Miami-Dade union official who had been the group’s vice president, publicly broke from the team to challenge one-term president Joanne McCall. Ingram won 64 percent of the vote in last week’s vote.

His cabinet will include Andrew Spar of Volusia County as vice president, and Carole Gauronskas of St. Johns County as treasurer.
Their win comes on the heels of several efforts in both the courts and the Legislature to stop the state’s moves to change teacher pay and evaluation models, union certification requirements and other related issues.

The FEA is the state’s largest teacher union, and has played a large role in Florida Democratic politics as well.
United School Employees of Pasco president Don Peace issued a statement praising the result as a “huge transformation”