By Lottie Joiner – ‘Black love exists, and there is no expiration date for happiness,’ shares a 59-year-old newlywed. These 4 things are key to moving forward, says an expert.

After experiencing a painful divorce in 2008, attorney Janette McCarthy-Wallace didn’t know if she would ever find love again and decided she would just focus on her son and her career.

“It was a very difficult time in my life, and I was determined to guard my heart,” says McCarthy-Wallace, 59. “I just thought, I’m going to put all my efforts into my son and into my job and into my wonderful tribe of friends. I’m very close to my family and that was sufficient. I just didn’t want to get my heart broken again.” 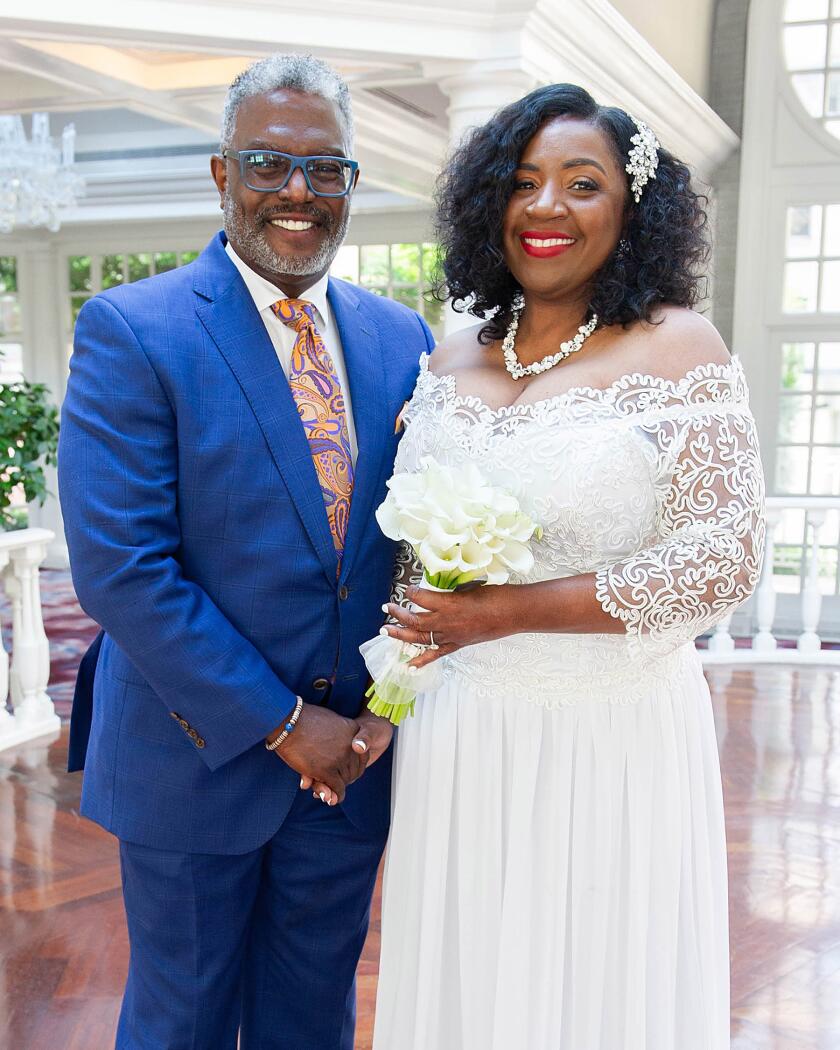 Nicole LaBeach, a psychologist and host of the OWN show “Put a Ring on It,” warns those who have endured heartbreak to not be “resigned to being a walking-wounded woman.”

“So what I say to those women is, ‘What is your plan for healing?’” says LaBeach. “You can’t eject yourself from living because of a broken heart.”

How to move forward

If you have fear or hesitation about finding love, you can get to a place where you can love and trust again.

Consider what you’ve already learned. LaBeach also encourages Black women in their 40s and 50s to throw away the concept of starting over and instead take the lessons and experiences from past relationships to move forward, knowing that, “I still have love to get and love to give.”

Be open to love in the present. “Don’t leave pieces of yourself at different places,” says LaBeach. “Take the fullness of who you are to the next opportunity to be fully who you are and have the opportunity to co-create with someone that sees you and values you, and also knows what they want and who they are.”

Allow yourself to be vulnerable. Vulnerability leads to connection, notes LaBeach. Being vulnerable also leads to what she describes as “yummy love.”

A real-life love story after heartbreak

It is possible to find love. Remember McCarthy-Wallace, who had been faced with heartbreak? After her divorce, she says she deepened her faith by returning to church and joining a prayer group. She also strengthened her relationships with her girlfriends and family and started doing things she loved again like traveling and reading novels. “I wanted to be whole,” she says. “I didn’t want to look to anyone to make me happy.”

She knew who she was when she reconnected with Paul Wallace, M.D., a 66-year-old cosmetic dermatologist she had met nearly 40 years ago while participating in the Operations Crossroads Africa program, which sends volunteers to Africa. When they met in 1982, McCarthy-Wallace was a 21-year-old Wellesley student and Wallace was at Harvard Medical School. They were stationed in Gambia.

“He actually saved my life,” McCarthy-Wallace remembers. “When we were traveling to Mali, I got very, very sick. It turned out I had malaria. Paul immediately recognized that I was sick. He was able to get me to the hospital and he stayed with me until I got better. I remember asking him quite dramatically whether I was going to die. And he told me, ‘Not on my watch.’ When I got to the hospital, I was told by the doctors there that had I not gotten to the hospital when I did, there could have been a very different outcome for me.”

“I was very nervous seeing him again because I hadn’t seen him in decades,” she says. “As soon as I saw him, my nervousness evaporated. It was as if I had just seen him last week. He was still the same warm, funny and even-more-handsome man that I had met in 1982.”

Over the next several months, they established a long-distance friendship, talking nearly daily by phone. In August, the couple returned to the continent where they first met. It was in Ghana during the Year of Return celebrations that they confessed their love for each other. He proposed in April 2020, on her parents’ wedding anniversary. They married just five months later on his parents’ wedding anniversary in a ceremony in Washington, D.C.

“I decided really quickly for me that I was going to approach my relationship with Paul with openness,” she says. “I was going to give as much love as I could possibly give, and I was going to receive it, which was a big deal for me because I always kind of kept a little bit of myself [to myself] after my divorce. I didn’t do that with Paul.”

McCarthy-Wallace also surrounded herself with positive people, kept her heart open, and more importantly, focused on herself. “I wasn’t working on me to make me a better person for someone else. I wanted to make myself a better person for me so that I would make good and healthy choices for myself and for my son,” she says.

She adds: “For anyone who doesn’t believe this, I am living proof that Black love exists and that there is no expiration date for happiness.”

ABOUT THE AUTHOR
Lottie Joiner
Lottie L. Joiner is a Washington, D.C.-based freelance writer. Her work has been published in a number of media outlets including The Washington Post, USAToday, The Daily Beast, Essence and TheRoot.com.