The unveiling paid tribute to Dr. White’s trailblazing legacy to the city and beyond.  The historical marker, which is traditionally given posthumously, is located near West 8th street and Interstate 95, directly across from the AKA house.   The marker approximately sits one mile from Darnell Cookman Middle High School where Dr. White was the first female Band Director in the school district. She retired from the school district in 1992 after 37 years of service.  Dr. White is also the first International president of Alpha Kappa Alpha Sorority from the state of Florida and the frist female band member of the acclaimed  Florida A&M Marching 100. 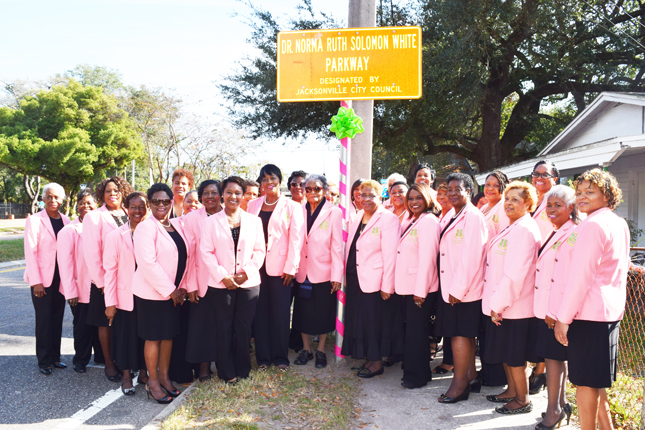