NNPA NEWSWIRE — By Barrington M. Salmon, NNPA Newswire Contributor – “My greatest fear is what’s different now than when I was working these cases in 1990s, there was no rhetoric coming from the White House supporting White supremacy and law enforcement is failing to properly react to that violence that occurs,” said Mike German, a retired FBI agent and a fellow at 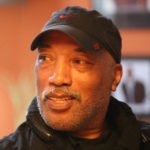 the Brennan Centre’s National Security Program. “This makes these groups and individuals feel that they have a greenlight.”

In recent months, FBI Director Christopher Wray, Chad Wolf, Acting Secretary of Homeland Security, and several lower-level Trump administration officials had been warning about the danger posed by homegrown domestic terrorists. Those concerns escalated throughout the summer after clashes between protestors who were marching to remonstrate against the police-involved murder of George Floyd in May and white nationalist Trump supporters.

Those fears were realized last week when the agents from the Federal Bureau of Investigation, working with Michigan Attorney General Dana Nessel, her staff and Michigan state law enforcement, apprehended 13 men tied to two militia groups who are charged with hatching a plot to kidnap, try and murder Gov. Gretchen Whitmer, kill those in law enforcement, kick off a civil war and overthrow the government.

Whitmer, Nessel and other critics argue that white extremists in Michigan and elsewhere are animated by dangerous racist and inflammatory rhetoric from President Donald Trump. They have castigated his embrace of white nationalist militias, his unwillingness to condemn their violence and intimidation tactics and his complicity in the recent rise of rightwing violence.

“My greatest fear is what’s different now than when I was working these cases in 1990s, there was no rhetoric coming from the White House supporting White supremacy and law enforcement is failing to properly react to that violence that occurs,” said Mike German, a retired FBI agent and a fellow at the Brennan Centre’s National Security Program. “This makes these groups and individuals feel that they have a greenlight.”

German, a writer, author and scholar, has been monitoring and studying white identity extremists, white nationalists and other domestic terror groups for a number of years. This follows his time in the FBI in the 1990s working undercover and infiltrating white supremacist and right-wing militant groups.

He said he’s deeply concerned about the increase in violence perpetrated by far-right individuals and groups over the past three years. Of equal concern, he said, is that these groups have been allowed to operate with very little response from the Department of Justice, the FBI and local law enforcement and with the sympathy of the White House.

In September 17, 2020 testimony before the House Homeland Security Committee, Wray said “many of these violent extremists, both domestic and international, are motivated and inspired by a mix of ideological, sociopolitical, and personal grievances against their targets, which recently have more and more included large public gatherings, houses of worship, and retail locations.”

“Lone actors, who by definition are not likely to conspire with others regarding their plans, are increasingly choosing these soft, familiar targets for their attacks, limiting law enforcement opportunities for detection and disruption ahead of their action,” Wray continued. “Domestic violent extremists (DVEs) pose a steady and evolving threat of violence and economic harm to the United States.”

The FBI director said trends may shift, but the underlying drivers for domestic violent extremism – such as perceptions of government or law enforcement overreach, sociopolitical conditions, racism, anti-Semitism, Islamophobia, misogyny, and reactions to legislative actions – remain constant. He said the FBI is most concerned about lone offender attacks, primarily shootings, as they have served as the dominant lethal mode for domestic violent extremist attacks.

But the rise of groups like the Proud Boys, the Three Percenters, the Hell Shaking Street Preachers, the G416 Patriots, Odinsvakt Kindred, Stormfront and others belies the FBI analysis and narrative of the lone wolf domestic terrorist.

German and Wray said more deaths were caused by DVEs than international terrorists in recent years. For example, 2019 was the deadliest year for domestic extremist violence since the Oklahoma City bombing in 1995. Wray added that the top threat America faces from domestic violent extremists stems from those in law enforcement has identified as racially/ethnically motivated violent extremists (RMVE). RMVEs were the primary source of ideologically motivated lethal incidents and violence in 2018 and 2019 and have been considered the most lethal of all domestic extremists since 2001.

“Of note, the last three DVE attacks, however, were perpetrated by anti-government violent extremists,” Wray said.

Experts who monitor White nationalist extremist groups have watched with increasing alarm at the rash of violent clashes, the shootings, use of vehicles to injure protestors and brawls that have broken out between the Proud Boys and other far-right, neo-fascist, armed and unarmed militia groups and protestors seeking social and racial justice.

Yet, to the consternation of many, Trump, Attorney General William Barr, the Department of Justice and the Federal Bureau of Investigation have been spending their time and effort since Trump came into office targeting Black Lives Matter activists, the broad coalition of multiracial social justice advocates involved in protests and members of Antifa, all while ignoring the real threat that confronts this country.

In response to massive social justice protests, Mr. Trump and top officials such as Attorney General William Barr, have emphasized the threat posed by leftist groups like Antifa, but rarely mentioned or blamed far-right groups involved in the majority of the violence. Mr. Trump himself has regularly downplayed the threat of White supremacist violence during his presidency and has recently described Black Lives Matter as “a symbol of hate.”

“This administration is not unique for not prosecuting right-wing violence. The fact that the murderers involved in the Greensboro massacre in 1979 were never caught illustrates that,” said DC-based talk show co-host and longtime social justice activist Jacqui Luqman. “The Klan was openly communing with law enforcement. The danger now is the danger that has always been allowed to exist. We’ve already seen it.”

“There is a long history of violence these groups have waged against Black people and their allies who have shown up to confront this anti-Black racism. Recently, they have attacked people with cars and other vehicles and there have been several shootings with one person killed. There have been assaults of protestors committed by far-right wing people armed with baseball bats and other weapons. They have shown their willingness to commit violence because time-and-time again, the police has not stopped them. Officers are very slow to apprehend them if they have done so at all. They know they can be violent because the police are on their side and Donald Trump and Barr have sanctioned what they’re doing.”

An FBI affidavit points out that the plotters seemed to be motivated at least in part by their belief that state governments, including Michigan’s, were violating the Constitution. Militia members were and are opposed to stay-at-home orders, limitations of public movement and other restrictions, and in response, the plotters talked about targeting police officers in their homes, blowing up Whitmer’s country home and kidnapping her.

“There has been a disturbing increase in anti-government rhetoric and the re-emergence of groups that embrace extremist ideologies,” said Nessel in a statement announcing the charges. “These groups often seek to recruit new members by seizing on a moment of civil unrest and using it to advance their agenda of self-reliance and armed resistance. This is more than just political disagreement or passionate advocacy, some of these groups’ mission is simply to create chaos and inflict harm upon others.”

In a news conference after the arrests, Whitmer reiterated that she had made “tough choices to keep our state safe.” And she placed the problem squarely on Trump.

“When our leaders speak, their words matter. They carry weight,” she said. “When our leaders meet with, encourage, or fraternize with domestic terrorists, they legitimize their actions, and they are complicit.” Trump, she said, “refused to condemn white supremacists and hate groups like these two Michigan militia groups” and told one far-right group to “stand back and stand by.”

With less than a month before the presidential election, federal and local law enforcement officials are watching closely and are ready to stamp out any flare up of politically motivated violence by domestic terrorists.

Dr. Wilmer Leon, told Black Press USA that no one should be surprised with the Trump administration’s positions and white nationalist agenda “because this is what White supremacists do.”

“They’re trying to find the best way to present the obvious and very well known in a manner that is palatable to mainstream America. I’ll say that most mainstream Americans don’t realize it (the rise and danger of far-right militants),” said Dr. Leon, a political commentator, talk show host and author. “There’s a difference between knowing something and realizing it. There are a lot of White people who know about White supremacy and White privilege in their lives, but (what White extremists are doing) is not blatantly in front of them. That’s what made George Floyd’s murder so impactful.”

The broader American public watched cops kill George Floyd and that has triggered a racial reckoning, a summer of sustained protests and a realization among White people that the current racial paradigm is untenable and unsustainable, said Dr. Leon. But while that has led to marches, protests and demonstrations by a multiracial coalition of Americans, there has been a right-wing conservative backlash politically, socially in some quarters, and on the streets. Meanwhile, administration critics see negative and inaccurate FBI designations of the Black Lives Matter movement and ANTIFA as a way for the government to criminalize broad-based grassroots movements and organizations seeking fairness and justice for Blacks and the civil rights and liberties supposedly guaranteed to Americans.

Bill Fletcher, Jr., said white extremist violence is being driven by white men who feel marginalized in the country they regard as their own. Trump, he said, is the national White nationalist cheerleader used by right-wing forces to move their long-term agenda which is to ensure that power in America remains in the hands of a White minority. The fear and apprehension White people feel has intensified and the violence being perpetrated by far-right militias and gangs illustrates that desperation.

“This hardened right-wing party is very aware of the coming environmental catastrophe and economic fragility and they are trying to secure power before the catastrophe. They are less concerned with the pretense of democracy,” said Fletcher, a talk show host, racial justice, labor and international activist and author. “People need to understand something very fundamental about this administration: They don’t give a damn what you and I think. They only care about base.”

“Their attitude is they’re trying to put in place a neo-apartheid regime. They’re quite comfortable to have core of the base and supporters who make up the rest. So when people read stuff like this, or the latest in terms of Trump having known about the extent of Covid-19 and lied, or his attack on veterans, he doesn’t give a damn about our outrage. His greatest concern is how does it play on Fox? And who did it play with his base? His supporters are all he cares about. The first thing we must do is vote like hell in November and vote him out,” Fletcher argued.