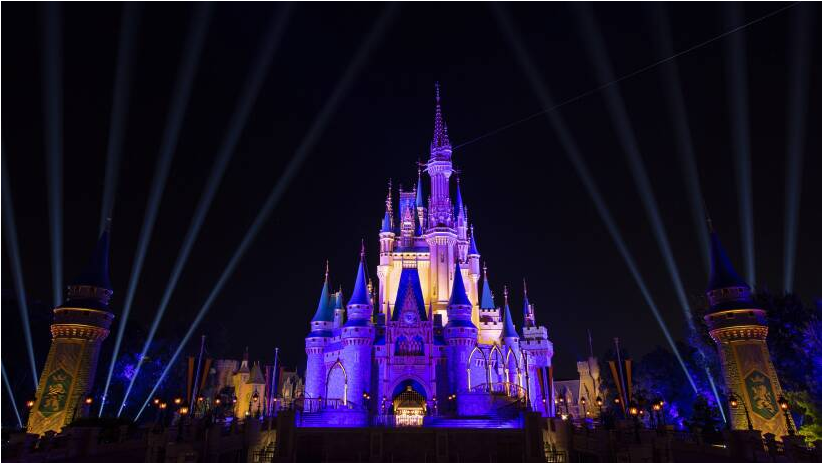 The specially colored Cinderella Castle commemorated an extraordinary performance by the Los Angeles Lakers and the successful return of the 2019-2020 NBA season through a remarkable collaboration between the NBA and Walt Disney World Cast Members. In July, the NBA resumed its season with 22 teams competing for a spot in the NBA Playoffs. After 3 months and 205 total games at ESPN Wide World of Sports Complex, the NBA Finals concluded with a Los Angeles Lakers win!